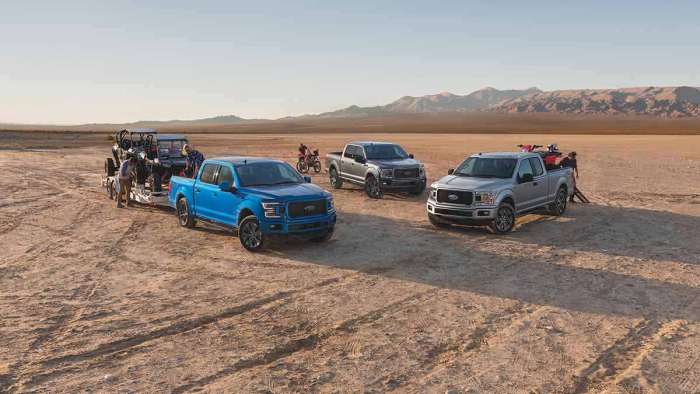 Getting America Back To Work Starts With the Ford F-150

As the F-150 goes, so goes Ford Motor Company. That’s somewhat of simplified generality, but it’s also not far from the truth. On average, every 52 seconds, an F-150 is manufactured.

That is when the plants are open and running, which they currently are not due to the corona pandemic. However, as I reported last week, May 18 seems like the date when the truck plants will start back in some capacity.

Prior to this, Ford has been using some of the workforce and some of the plants to build medical equipment for medical professionals and first responders. As a good corporate partner, Ford deserves a lot of credit.

Realizing that Ford Motor Company is having one of their worst financial years in the company’s history, losing more than $150 million per day that they’re not manufacturing. So nobody wants to open up more than Ford.

But they’re dedicated to do so safely, and of course they require the United Auto Workers (UAW) union to sign off on re-opening procedures. Last week Ford laid out a very specific plan with numerous safety protocols involved. Rather than go into those details, I was fascinated by some of the stats that Ford provided that showed just how vital the F-150 is to Ford and in general how many jobs and industries are impacted by America’s number-one selling vehicle. 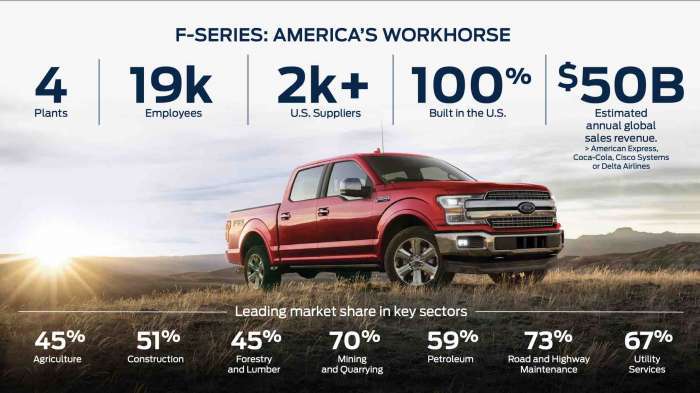 Ford Is The Number One Auto Manufacturer in Terms Of Hourly Workers
The automotive industry accounts for 6 percent of gross domestic product in the U.S. – more than 7 million jobs are dependent upon automakers, dealers and suppliers.

According to Ford the auto industry in general accounts for 2.88 million jobs through suppliers. There are 2.68 million total jobs for all U.S. automakers. Additionally there are 1.51 million total jobs at Ford dealers throughout the country. Many of these people have been furloughed due to the pandemic.

Each one depends on automakers to be functioning at capacity in order to get their employees back working too. 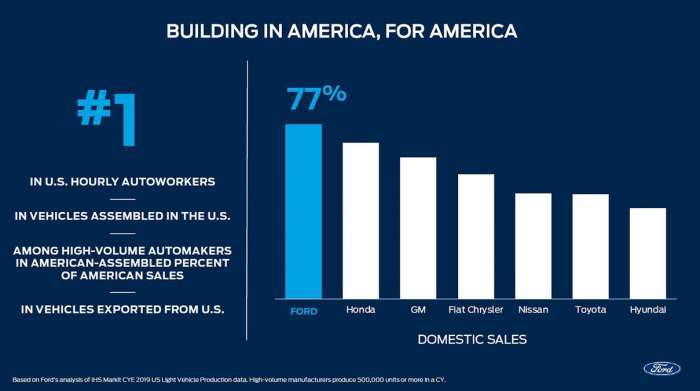 Ford F-Series Sales Global Revenue Exceeds $50 Billion
At the four plants where the F-150 is built, there are more than 19,000 direct Ford employees. An additional 2,000 plus suppliers are employed as a result.

According to Ford the F-150 accounts for more than $50 billion in global sales revenue. That’s more than the 2019 annual revenues of American Express, Coca-Cola, Cisco Systems and Delta Airlines.

These numbers indicate what a juggernaut the F-150 is, which is why I wrote about the nonsensical argument that the Tesla Cybertruck could harm Ford's bottom line.

As Americans grow weary of self-quarantining and as companies like Ford and many others deal with the fallout from this pandemic, they’re all aware of the importance to get the country working again. 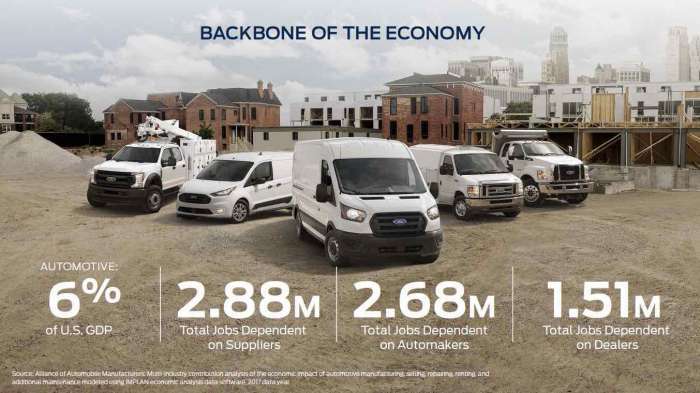 I’ve heard a lot of chatter from some Ford workers, about being ready to start back up. But I’ve also heard from others who were concerned about their well-being and health as it relates to the Corona virus.

I believe the extensive measures that Ford has laid out show that Ford is not rushing everyone back to the manufacturing plants. Rather they’ve remained patient with a well-thought plan, consulting with medical experts. It is, however, time for everyone to get back to work so that this key economic engine can start revving again.

The livelihood of many people, across industries like agriculture, construction, mining and highway maintenance actually rely on the F-150. So this stretches beyond the Blue Oval into many realms.

Workers can begin manufacturing vehicles like the F-150 again in a manner that is safe. For the financial sake of so many, let’s hope the May 18 date holds true and we can restart this key economic engine. The Ford F-150 truly is the backbone of the economy.

This was an opinion piece and this was my take. What's yours? Leave a comment and let me know.