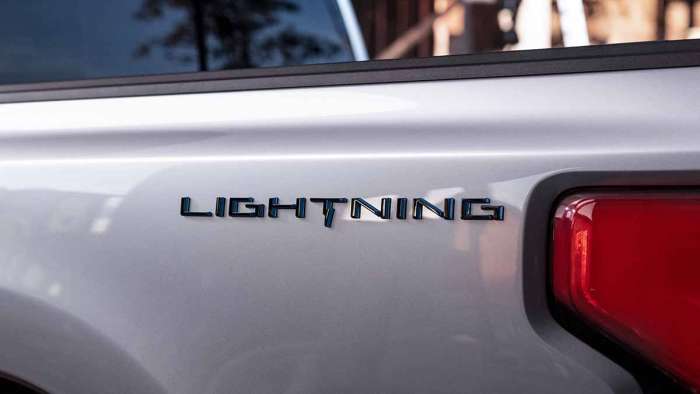 Ford confirms the all-electric F-150 will be called Lightning. Reveal of this revolutionary pickup to be broadcast live on Ford’s social media network on May 19 and take place at Ford’s World Headquarters.
Advertisement

It’s official. The all-electric Ford F-150 will be called Lightning. We all but knew that already, as I reported last week and as several key members of Ford’s PR team alluded to. But today they made it official and announced that the all-electric F-150, known as the F-150 Lightning will have a world reveal on Wednesday, May 19 at 9:30 p.m.

This is a big deal. This will be similar to how Tesla revealed the Cybertruck. It will likely create a lot of buzz around the oh-so-important electric F-150.

“Every so often, a new vehicle comes along that disrupts the status quo and changes the game … Model T, Mustang, Prius, Model 3. Now comes the F-150 Lightning,” said Ford President and CEO Jim Farley. “America’s favorite vehicle for nearly half a century is going digital and fully electric. F-150 Lightning can power your home during an outage; it’s even quicker than the original F-150 Lightning performance truck; and it will constantly improve through over-the-air updates.”

Related story: Ford has record sales in April thanks to record-breaking EV sales. 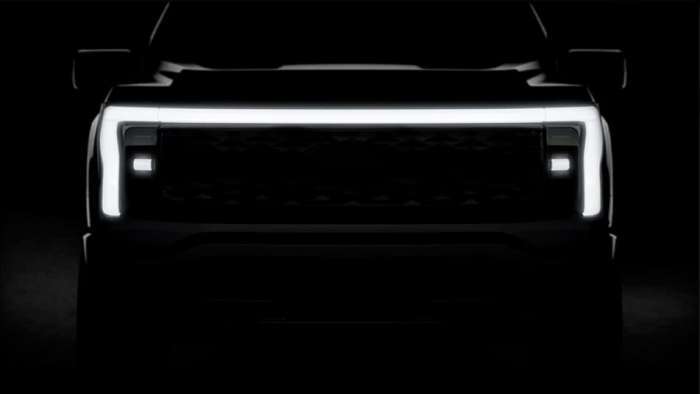 How To Watch The Reveal of the F-150 Lightning
The reveal takes place at 9:30 p.m. EDT, May 19, from Ford World Headquarters and will be broadcast live with 30+ ways to watch across physical and digital destinations, including the Ford Facebook and YouTube channels, Twitter, key national publications as well as 18 impactful out-of-home locations such as Times Square in New York City and Las Vegas Boulevard.

We will have it fully covered here at Torque News as well.

About the 2023 Ford F-150 Lightning
According to information provided by Ford, “The F-150 Lightning brings stunning innovation, technologies and capabilities to the F-Series, America’s best-selling vehicle, combined with the power, payload and towing capability that is the hallmark of all Built Ford Tough trucks.”

Production of the F-150 Lightning begins next spring at the all-new Ford Rouge Electric Vehicle Center.

Added Farley: “The truck of the future will be built with quality and a commitment to sustainability by Ford-UAW workers at the Ford Rouge Complex -- the cathedral of American manufacturing and our most advanced plant.”

What To Watch For On The F-150 Lightning Reveal
Some key points to watch for, regarding the all-electric F-150:
• Range. Range is going to need to be big for this truck, like in the excess of 500 miles. Tesla hasn’t announced the Cybertruck’s range, but you can bet it will be more than their current offering in the Model Y, which is over 300 miles.
• Towing capacity. I fully expect the F-150 Lightning to be incredibly capable when it comes to towing. Ford has shown off the prototype pulling a rail car loaded with F-150s to showcase its ability. But more important than having big towing capability, what will that do to the range.
For me, this will be the single most pivotal stat for Ford. Can they create an electric pickup truck that can tow and hold its battery charge and range?
• Payload. Similar to the towing range, what will a heavy payload do to the range? This will be quite important to have a truck that can handle some hauling, without greatly depreciating the range.
• Price. I would be pleasantly surprised if Ford addresses the price of the F-150 Lightning. Today’s trucks continue to spike in price. With the GMC Hummer EV having a price tag over $100,000, Ford would be wise to keep the F-150 Ligthning reasonably priced. And by that I mean keep the price under $70,000, preferably under $60,000. 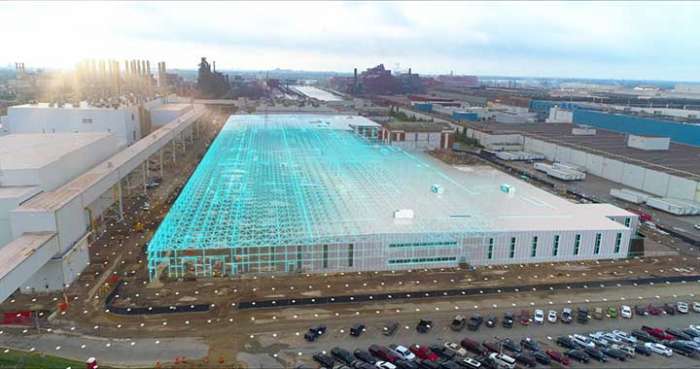 Final Thoughts On F-150 Lightning
Ford has already lined up the battle with Tesla, with the Mustang Mach-E and Tesla Model Y locked in a consumer battle. Clearly Ford is ready to challenge Elon Musk’s pet project of the Cybertruck by offering a rival on their strongest, most established nameplate – the F-150.

Financially it’s a gamble, but a smart one. Ford knows, better than any other automotive manufacturer out there, how to build a pickup truck that the American consumer wants. The F-150 name has tremendous financial value, so it makes perfect sense to progress Ford’s electrified future in this way.

It’s exciting, and I know where I’ll be on May 19 at 9:30 p.m. What about you? Will you tune in to the reveal? What are your thoughts on the F-150 Lightning? Leave me your comments below.

Becky wrote on May 14, 2021 - 2:19pm Permalink
Just took a walk around headquarters and they are setting up. This event is going to be HUGE! I won't be missing it.