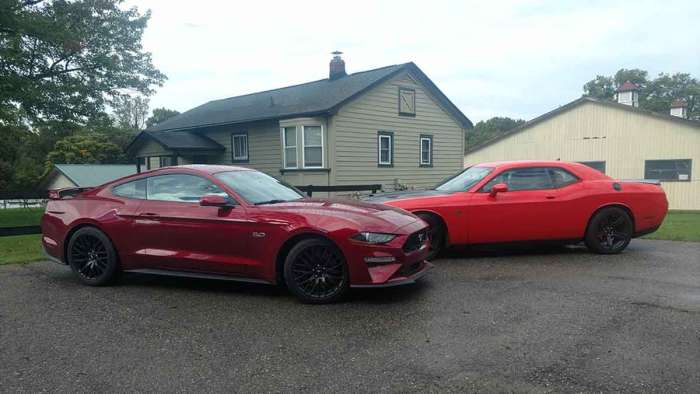 Chevy Camaro sales in 2021 so far show that GM’s muscle car is fading away to oblivion while Mustang maintains a slim lead in sales in the shrinking muscle car segment. Mustang Mach-E not part of the calculations, but does the EV Mustang help or hurt the gas-powered pony car?
Advertisement

Muscle car? Sports car? Pony car? What is what and what does it all mean? Well, there is no easy answer to these definitions. Industry-wise, the strict definition of a muscle car is a intermediate-sized high-performance coupe powered by a large engine. But the term muscle car wasn’t even used until the 1970s and many of the classic American muscle cars existed before that.

So for the sake of this article and to avoid arguments, let’s put three cars and three cars only into the muscle car segment: Ford Mustang, Chevy Camaro and Dodge Challenger. Yes, I left the four-door Dodge Charger out of the conversation, although you could make a case for this powerful sedan to fall into the segment. A little more on the Charger further down.

Yesterday, Ford released their 2021 first quarter sales numbers. I reported on the highlights in this article.

What was clear and evident, and certainly nothing surprising to anyone who has been paying attention, is that Ford is slowly bowing out of the car business, focusing on SUVs, crossovers, trucks and EVs.

And as I reported, they’re making progress in all those important areas, even at the expense of the tried-and-true Ford loyalists who love V8s, cars and muscle cars. This does not mean the Mustang, and I don’t mean the up-and-coming Mustang Mach-E, isn’t still successful for Ford Motor Company.

According to first quarter sales, the Ford Mustang leads the muscle car segment, a position it is accustomed to. It finished 2020 atop the segment for the sixth year in a row. Without question, the Ford Mustang is the most successful muscle car (or whatever you want to call it) of all time.

But as General Motors and FCA/Stellantis released their first quarter sales numbers too, what is clear is the waning muscle car segment with both Ford and Chevy taking drops, year over year, in their muscle car sales. Only Dodge saw an increase.

It all begs the question, is the muscle car segment disappearing? And where are Dodge’s customers coming from? Let’s take a look and see if we can answer these questions. 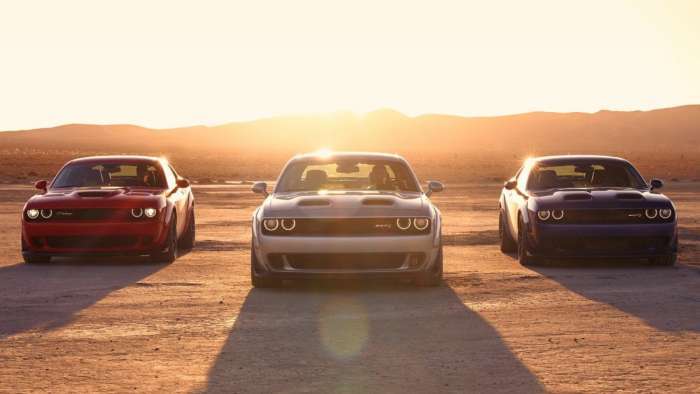 Dodge Sees 24 Percent Gain In Challenger Sales
Dodge was the only car manufacturer to report year-over-year gains in the segment with the Challenger taking a huge leap forward with a 24 percent increase. Dodge sold 15,096 Challengers in the first quarter, compared to 17,274 units for the Mustang only 7,089 units for the Camaro.

Ford Mustang sales (and this does not include the Mustang Mach-E) were down 4.4 percent and the Camaro was down 1.3%. So technically Ford had the biggest loss in the segment while Dodge had the biggest gain.

So, did Dodge manage to snipe some customers from Ford? That would be hard to fathom considering the brand loyalty that exists within this segment. But, certainly Dodge’s gain had to come from somewhere.

It’s impossible to determine, but it stands to reason that Dodge did manage to peel away some Mustang owners and have them cross enemy lines to buy a Challenger. Likewise, as the Camaro sales continue to drop it certainly is possible that Camaro fans jumped ship to Challenger. 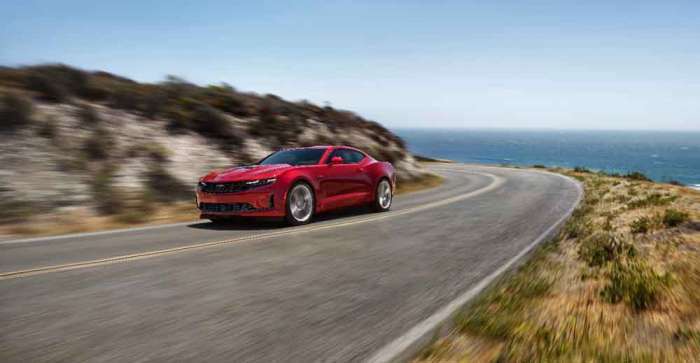 2023 To Be Last Year For Chevy Camaro?
It’s all but official that the Chevy Camaro’s last year in production will be 2023. A seventh-generation Camaro had been planned and scrapped by General Motors, meaning that Camaro will be the first of the muscle car entrants to exit the arena.

Considering their continually dropping sales, this is not shocking. The Camaro has been in third place for quite some time. GM has made it very clear that, like Ford, they are moving toward an electrified platform.

Unlike Ford, GM hasn’t officially said they were going to stop selling cars/sedans, but obviously a muscle car like the Camaro does not fit into their long-term goals. Compile that with dropping sales and the writing is on the wall for the Camaro. 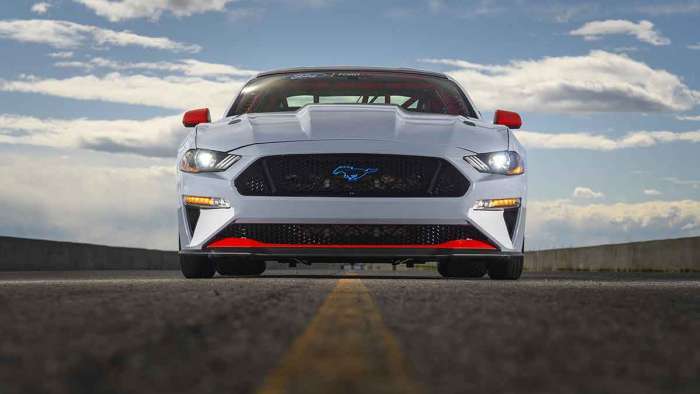 S650 Mustang Ready To Compete
The Ford Mustang is an icon. Unlike GM, Ford hasn’t given up on the muscle car segment. The Mustang is the last true “car” they will produce.

The new-generation Mustang will launch in 2022, just as the Camaro bows out. 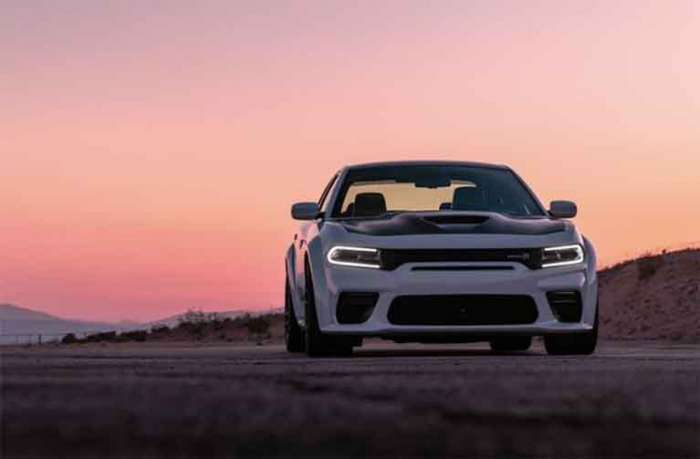 Dodge’s Muscle Cars
If you count the four-door Dodge Charger, Dodge is dominating the muscle-car segment as they sold 19,740 Chargers in the first quarter and 15,096 Challengers. Together these two cars represent a 29 percent increase for FCA/Stellantis.

The interesting part of the equation is that the Challenger is already long in the tooth. It has existed in its current iteration for more than 12 years and isn’t due major overhaul until 2022 or 2023 at the earliest. Yet, it continues to gain ground in the segment despite being “old.”

Once again, this leads me to believe that both Mustang customers and Camaro customers are crossing over to buy a Challenger (or Charger). The bigger car, known for its high-horsepower Hellcat engine, has appeal to muscle car purists.

Read the comments on any story about Ford’s EcoBoost or the Mach-E and you’ll see the dislike by some for smaller engines or electric motors. The displacement purists are clearly drawn to Dodge and it makes sense for FCA/Stellantis to capitalize on that and draw those people in. 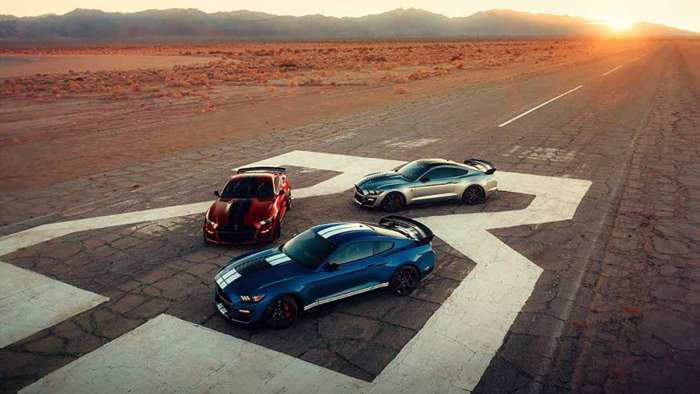 Ford hasn’t abandoned it and has just launched the new Mach 1 and will release the seventh-generation Mustang in a couple of years. It will be exciting, as the Mustang continues to be the second-longest running (consecutive) nameplate in the auto industry. That’s a feat Camaro or Challenger can’t boast.

So the muscle car, in some form, will continue for at least the next decade, if not beyond.

It’s time for you to weigh in? Where do you fall in the muscle car debate? What is a muscle car? Which one do you prefer? Leave your comments below.

John Crescenzo wrote on April 13, 2021 - 9:15pm Permalink
I fully understand the move towards the Dodge Challenger, bought a new 2020 Hellcat and it's absolutely fantastic in every regard and I've had many cars in this category.

LG's New EV Battery Plant Is a Welcome News for Tesla
Tesla Giga Berlin's New Hurdle: It's Not Only the Gov't, but Now Tesla Itself
END_OF_DOCUMENT_TOKEN_TO_BE_REPLACED