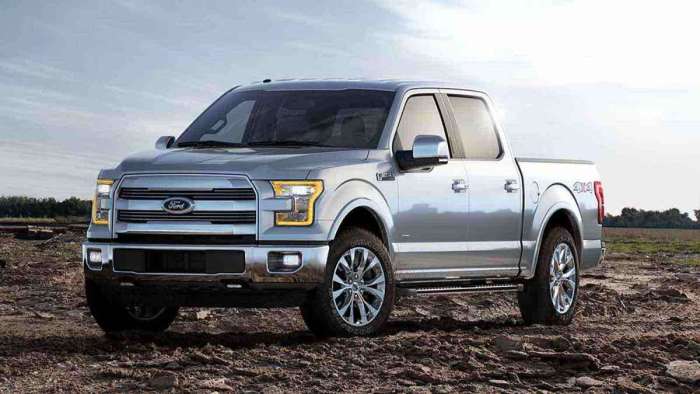 The pandemic created a used car boom, which has yielded an increase in searches for used Ford F-150 pickup trucks. F-150 and Chevrolet Silverado were the top two searched vehicles according to the website Bumper.
Advertisement

The website Bumper released a report that was not altogether surprising. The Ford F-150, the best-selling vehicle in America for more than 40 years is also the most searched used vehicle in 2020.

The used car market has remained resilient during the pandemic, even while the new car market has suffered drastically. Although, as I reported, Ford had a nice bounce back in the third quarter. And certainly the fourth quarter looks good too for the Blue Oval with the launch of the 14th-generation F-150 and also early deliveries of the Mustang Mach-E.

Bumper’s report said: “The pandemic has turned the used-car industry into a seller’s market as more people turn away from public transportation or look to move outside urban areas. In June alone, franchised car dealers sold 2.1 million used vehicles, a 22% increase from the previous year and the most sales recorded since 2007.”

During this used-car boom, Bumper analyzed which makes and models more people are searching for using VIN Number Search —often the final check of a used car’s service history and auto specifications before deciding on a vehicle purchase.

Bumper examined more than 134,000 vehicle searches across all 50 states and the District of Columbia from April 1 through Sept. 15—during the height of the coronavirus lockdowns, reopenings and return to school—to see what trends emerged. 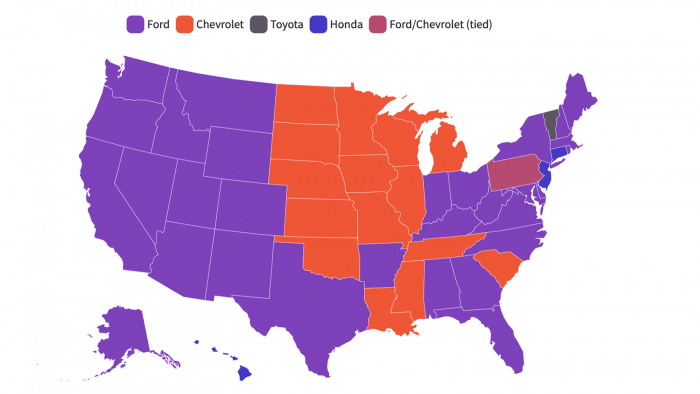 Ford Brand Leads The Way
According to Bumper, Ford vehicles were the top brand searched in 31 states, followed by Chevrolet (15 states), Honda (3) and Toyota (1). Ford and Chevrolet tied for the top spot in one state, Pennsylvania.
The map above almost looks like an electoral college breakdown, including having Pennsylvania too close to call between Chevy and Ford. 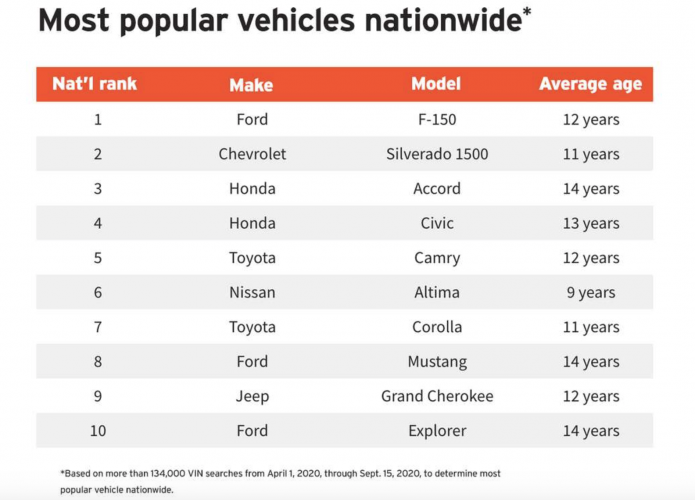 The vehicle with the average lowest age on the top 10 list is Nissan Altima (9 years old); the average oldest are Honda Accord and Ford Mustang (15 years each).

The list below doesn’t really yield too many surprises, although two of Ford’s stalwart nameplates are of interest, with the Mustang occupying the eighth spot. It was interesting that only two SUVs and no crossovers appeared on this list.
With Ford and other auto manufacturers getting out of the sedan market, sedans still occupied a lot of interest in this search.

What is not surprising at all is that pickup trucks occupy the top two spots, but it’s curious the Ram is not in the top 10. 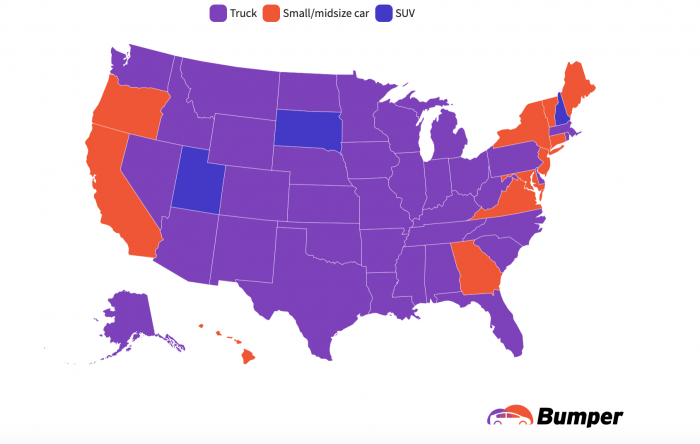 • In only two states is the Chevrolet Silverado 1500 the top-searched truck ahead of the Ford F-150: Alabama and Minnesota.
• Only in four states do the top three most-popular model searches NOT include a pickup truck model: California, Connecticut, New Jersey and New York.