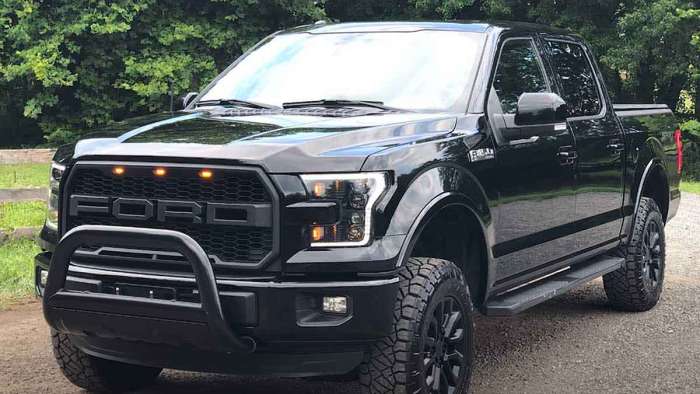 Let’s be honest, part of the truck culture is modifying your pickup truck. Some like to lift them, others like to lower them (not me!). But whatever your choice, there are plenty of aftermarket suppliers offering items to modify the look (both exterior and interior) as well as the performance.

One aftermarket leader is American Trucks and they regularly do a video feature highlighting various modifications owners have made to their pickup trucks. In this latest video series (view the entire clip below), American Trucks host Justin Dugan does a virtual tour of a custom build of a 2016 Ford F-150 with a 5.0-liter V8.

The truck is owned by Wallace “Wally” Covingtom of Virginia. Justin sums up Wally’s build well when he proclaims: “this was a build done right...not too much, not over the top.”

Some of the key upgrades include 4-inch lift, a 3-inch bull bar, bigger tires and wheels, projector headlights as well as some interior modifications. All told there are 28 modifications that Wally has done to this blacked-out 2016 F-150. Let’s look at some of the mods. 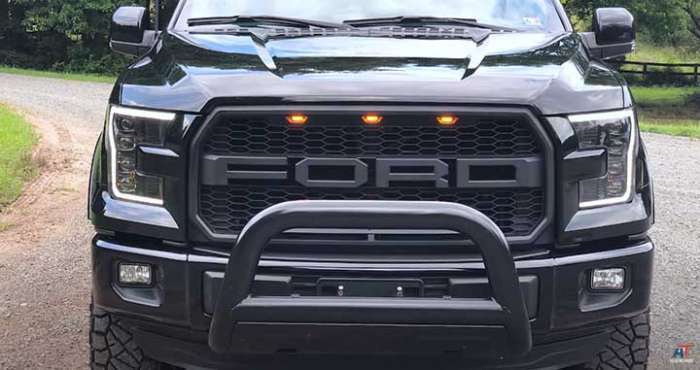 Exterior Modifications Of A 2016 Ford F-150
The most prominent mod on Wally’s 2016 F-150 is the 4-inch lift kit by Rough Country along with lifted struts and V2 Monotube shocks. Additionally this truck has custom wheels and tires. Specifically, Wally put18x9 34.0mm Offset Wheels, 275/70R18 NITTO All-Terrain Tires that feature the Coyote Black 6 Spline Lug Nut Set onto his F-150. 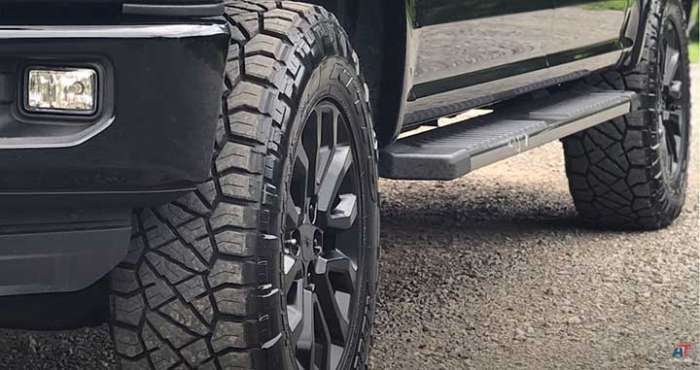 Wally’s truck is completely blacked out with the Raptor-like grille, which is such a nice addition to the truck. As Wally said in the video, he couldn’t afford a Raptor, so this was the next-best thing. Also on the front end is a 2-inch Barricade bull bar which adds a rugged look to the front end of this truck.

I wrote a story about how to choose the right bull bar for your truck, check it out here.

One of the most prominent features was a Father’s Day gift to Wally from his wife. The Morimoto headlights Wally added to his truck really add such a customized, attractive look. Even AT host Justin Dugan fawned over these lights. Wally loves the sequential startup from these headlights and even joked that he often just starts it up to watch them.

I agree with Justin who said that these pricey lights really do transform Wally’s truck and give it a truly custom look.

Even though this was Wally’s first lifted truck, he went all out. Even after adding the lift kit, he wasn’t done. About a year after doing the lift, Wally added kicker bars with Icon upper control arms. He said he felt some stiffness without them, and is pleased with the smooth ride quality since adding them.

No truck mod could be complete without some engine work, of course. Since Wally already had the V8 engine, he didn’t feel the need to tune it up. In the video you can hear a nice rev of the engine and it has a nice sound. That is thanks to a Roush cold air intake and exhaust. Other than that, there was no tuning done to his truck. 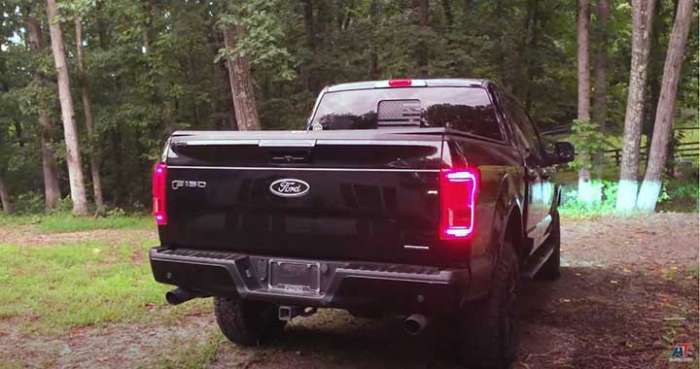 Interior Modifications
As nice as the outside looks and as good as the engine sounds, Wally wasn’t done with the modifications as he added some small, but nice features to the interior.

One of the more interesting aftermarket add ons was the locking console. This is great for storing valuables or as Wally said, a sidearm if you’re legally allowed to do so.

The Rough Country heavy duty floor mats add an aesthetic appeal but also a useful one as Wally said he regularly gets the truck muddy. As he should.

The Du-Ha under seat storage add versatility and usefulness to the truck. Also, if you’re a fan of carbon fiber, like I am, then you might like the accents he added around the steering wheel and the media display as well as the door sills.

Some people feel carbon fiber is overrated, but I’m not in that camp.

The back of the pickup is only slightly modified with a tonneau cover. Wally said he prefers that to a hard cover as it doesn’t eat into storage space. He drove it from Maine to Virginia and the roll-top cover kept his items dry during that drive. 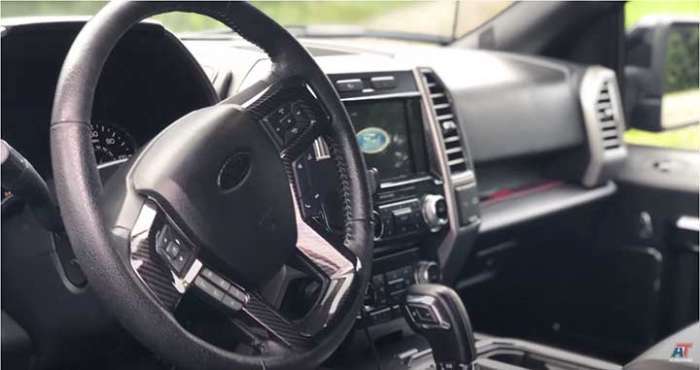 So what’s next for Wally and the build on this truck? He is thinking about an Overlander bed wrap or maybe a tent for the bed. Also he is considering adding some auxiliary lighting to his custom F-150.

I want to hear about your custom build. What have you added to your F-150 or what would you add or remove from Wally’s 2016 F-150? Leave me a comment below.

Be sure to follow our F-150 channel here on Torque News for all things related to the F-150.