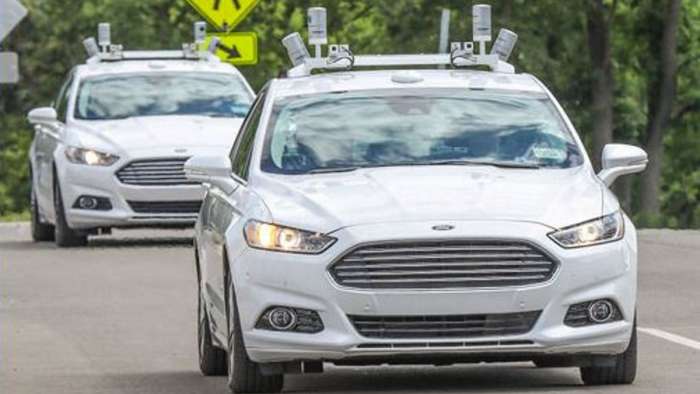 Just as Ford releases data on how two of its self-driving cars interact with each other over a year, the Federal Communications Commission wiped out most of the spectrum allocated to communications between cars, stranding millions of dollars of infrastructure rolled out by automakers and cities.
Advertisement

When it comes to self-driving cars, it’s all about the data.

For most self-driving car companies, the data cars collect about their surroundings and how to deal with it is one of their most precious assets, worth potentially billions of dollars.

Last week, Ford released the datasets collected by two of its self-driving test cars as they drove around Ann Arbor, Michigan last year for free to the public, so that other companies can make use of its data.

In a statement, Ford said, “High-quality data is needed to help engineers and researchers create software that can properly teach self-driving vehicles how to analyze their environments.”

Ford’s dataset is particularly interesting, because it shows the two cars identifying and interacting with not only outside objects in their environment, but also with each other.

A critical technology that vehicle engineers have been counting on to enable cars to be able to communicate with each other is wireless communication similar to WiFi, that generally goes by the acronym V2V, for vehicle-to-vehicle communication.

Some proponents also refer to it as V2X, for vehicle to “X,” or any other object such as infrastructure, including stoplights and pedestrian crossing controls.

The key to all this communication, however, is a piece of wireless spectrum that the Federal Communications Commission reserved for future automotive safety systems in 1999, but which new Commissioners last December voted to divide between those V2X safety systems and traditional WiFi networks for computers and Internet streaming.

Thousands of intersections in hundreds of cities across the U.S. already use infrastructure communications to communicate with some of the most advanced vehicles on the road. 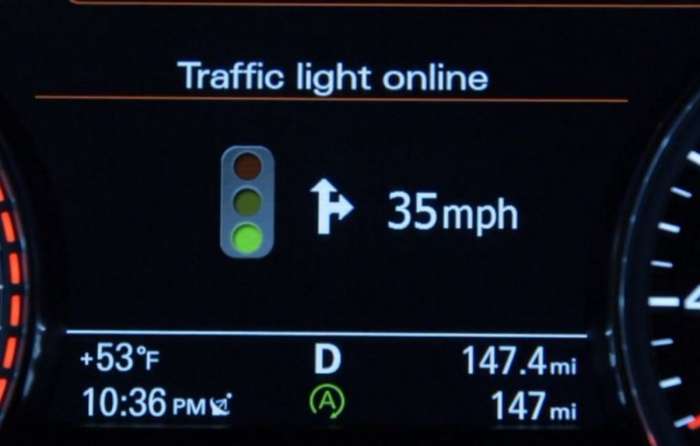 For example, in 2017, Las Vegas installed transmitters on all of its stoplights on major roads around downtown that will inform cars of the current color of the lights and how long it will be before they change.

Some well equipped models from Audi include systems that take that data and display it to drivers on the dashboard, for example to give them a countdown when a green light is scheduled to turn to yellow and red to help them make better decisions about when they need to stop. The system also tells them how soon a red light they may be waiting at will change to green. The company calls it the Traffic Light Information System.

In a broader sense, for both self-driving cars and those with advanced safety systems to help drivers, V2X is expected to dramatically improve safety by helping cars see other cars and anticipate their movements further in advance.

Today’s advanced safety systems—automatic emergency braking, lane keeping assistance, and intelligent cruise control—rely on camera and radar sensors that enable a car to react to other vehicles around it. They are the building blocks of self-driving systems, providing the car the ability to stop, steer, and accelerate in response to outside inputs.

What drivers still have to do, which the systems are not yet good at, is anticipate and plan farther ahead than the vehicle in front. That’s where V2V and V2X come in. On the highway, for example, cars ahead may warn those behind of upcoming constraints from construction or traffic jams, or of an unexpected vehicle with a flat tire. In the city, if a car is heading toward a red light and can’t or has a driver that won’t, that car could communicate to others heading into the intersection to warn them to stop instead, even if they have a green light. With V2X technology, that car could even tell all the lights to turn red.

Cellular technology, might improve this capability by allowing cars to give more advanced notice to others before they reach such danger. 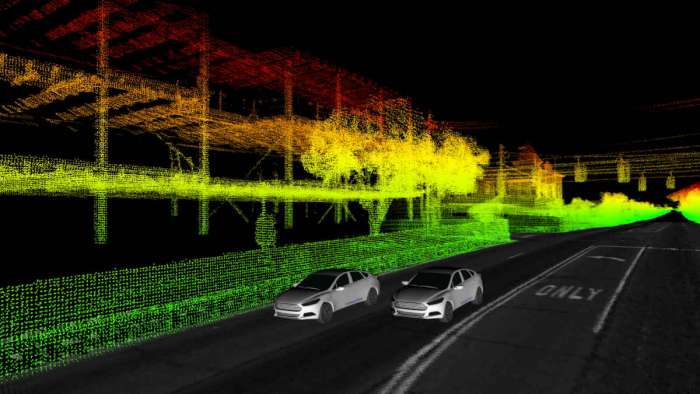 The new FCC decision, however, could set back such efforts by many years.

Those systems use a communications technology called DSRC for Dedicated Short-Range Communications, that depends on a band of wireless spectrum beginning just above that of computer WiFi networks, which start at 2.4 Gigahertz.

Under the previous FCC allotment DSRC was granted 75 Megahertz above that spectrum, up to 5.9 Gigahertz.

With the unanimous 5-0 vote in December, the FCC removed 40 Megahertz of that allotment and gave it back to WiFi networks. It allocated another 20 Megahertz of the original 75 to a new communications protocol for cars known as C-V2X or Cellular Vehicle to Everything, leaving only 10 Mhz for the original, installed DSRC technology that automakers and city planners have spent two decades planning and beginning to use to develop safer roads.

The move is opposed by consumer safety groups as well as the Department of Transportation, state and local governments, and automakers. The Alliance of Automobile Manufacturers and the Association of Global Automakers issued a joint statement after the vote, saying, “The FCC must consider the significant investment of public and private dollars in V2X deployments and the adverse economic and safety consequences of reallocating the 5.9 GHz safety spectrum to unlicensed technologies… The pending action by the FCC risks lives, slows innovation, and runs counter to what the commission has heard from safety and technical experts.” 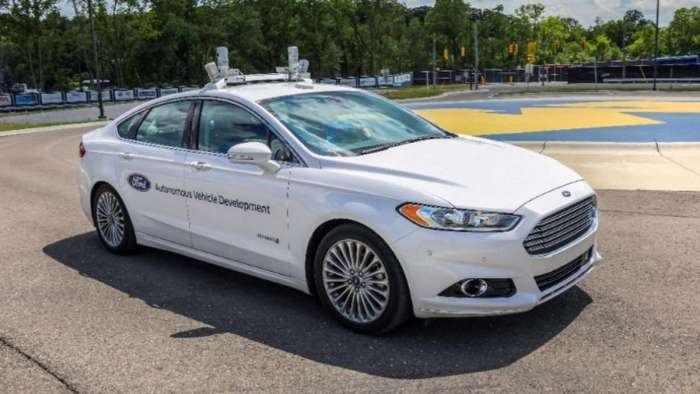 Cellular technology may be more beneficial than DSRC, because it can give cars and drivers advanced warning of other cars’ moves when they are still farther away and update them as they get closer. , though dedicating less bandwidth for those communications seems shortsighted.

The biggest challenge of V2X communications, whether it’s for self-driving cars or informing drivers, has always been the years it takes to roll the technology out to a critical mass of vehicles on the road. The average car in the U.S. is almost 12 years old, and the industry has been working on it for more than two decades and it’s just starting to get off the ground. To change technologies now could set it back another 20 years, or five generations of cars. It would also strand investments that cities and states have already made in infrastructure communications and it could take many years before they’re willing to invest in more.

The vehicles Ford used for its demonstration did not rely on V2X communications, but like most modern self-driving test vehicles they rely on short-range sensors to detect obstacles. That works well enough around the limited test areas where the cars operate. But to reach the final promise of electric cars to improve road safety is likely to require external communications with other vehicles and road users.