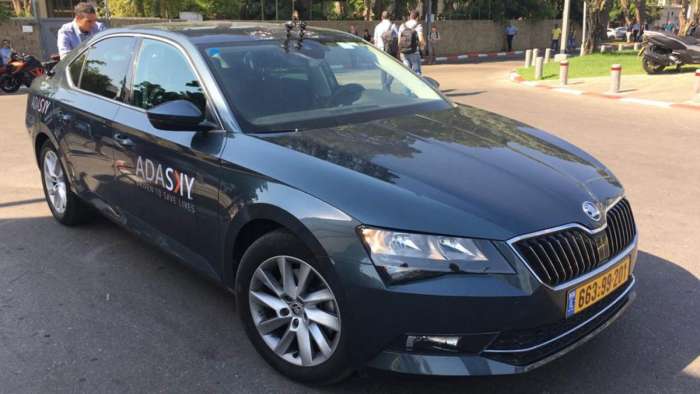 With nearly 80 percent of road accident caused at least in part by driver error, self-driving cars are supposed to dramatically improve driver safety.

Yet accident rates for self-driving cars are showing no such improvement so far. Every few months seems to bring a spate of crashes in Teslas operating under the company’s Autopilot partial self-driving system. And even the best companies that operate self-driving cars under special permits in California still report human safety drivers having to intervene every 13,000 to 18,000 miles or more often, according to 2019 statistics.

So far, that’s still a lot more often than human drivers, which insurance industry studies have shown can drive an average of almost 225,000 miles between accidents. (In fairness, the statistics aren’t parallel, because no one measures near misses—more equivalent to “disengagements”—for human drivers. A small-scale 2006 study by the Virginia Tech Transportation Institute, showed drivers nearly crashed once ever 2,980 miles, putting the best self-driving services ahead of this group of drivers.) 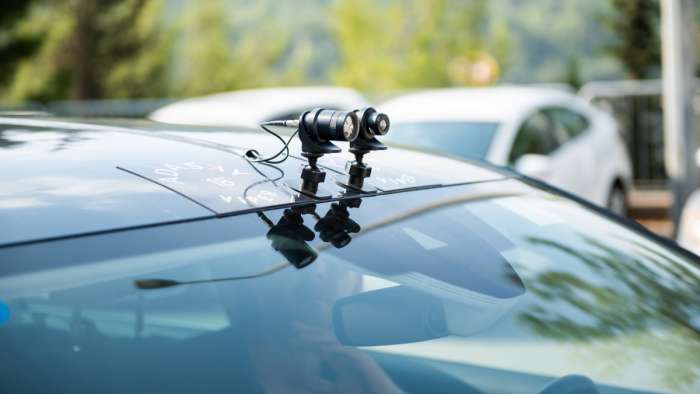 Engineers are frantically working to improve software, to “teach” self-driving systems to handle a wider variety of driving situations. But part of the problem also comes down to sensors. The array of sensors now on self-driving cars only cover a portion of driving needs (though some self-driving promoters say they can fill in the gaps with software.) For example, many self-driving systems shut down in bad weather conditions—right when drivers say they need them most. And most struggle to identify pedestrians and other objects at night. Identifying traffic lights poses another challenge.

Torque News recently spoke with two companies that are developing new types of sensors to fill in these gaps.

Some automakers use dual cameras looking ahead of the car to replicate human stereo vision, which allows cameras to perform some of the functions of radar in determining distance and relative speed.

Cameras, however, can have their views obscured by snow, rain, and dirt, rendering them nearly useless in bad weather. And with current technology, they can’t see as well in the dark. Drivers of cars that use these systems find that they just down—giving the driver warnings that they’re not working—just when they need them most: at night and in bad weather. (A study of NHTSA crash data by AAA in 2016 found that, while adaptive safety systems run by cameras and radar reduced accidents by 55 percent in the daytime, their effect at night was negligible.)

Software is a critical consideration. Computers can only act on what they know. They’re not as good as people at inferring what might happen next. To turn computers into truly safe drivers, programmers have to input every possible driving scenario and the outline of every conceivable object that could cross a vehicle’s path.

When we asked one former Google self-driving engineer several years ago what the most unpredictable object the company’s fleet of cars had encountered, his response came easily and quickly: An old woman in a wheelchair chasing a duck across the road waving a cane. How is an engineer supposed to predict that scenario to tell the car to watch out for it?

The leading companies are using heavy doses of machine learning and artificial intelligence to accomplish a lot of this work, but cars still can’t learn what to do in any situation until they encounter it. Even then, Tesla and Google have armies of programmers combing through rare driving occurrences to tell the computers what to do, and the process could take decades. How often would a self-learning self-driving car encounter such an old woman chasing a duck?

That’s where companies with new types of sensors come in.

Heat seeking
An Israeli company called Adasky has developed a thermal camera that sees objects as heat sources. Infrared cameras are hardly new technology, having been used in fighter jets for years, but few companies have so far deployed them in self-driving cars.

We had a chance to ride along with Adasky Sales Director Raz Peleg in a car he drove himself but which was equipped with Adasky’s thermal imaging camera along with a laptop that showed us the view that the camera saw. Like a standard visible-light camera, the thermal camera could pick out lane lines on the road as we drove, along with all types of traffic. It also had no trouble picking out a family waiting at a crosswalk, even a couple of shorter kids hidden from the naked eye behind some bushes. Unlike a standard camera, it had no trouble spotting either this family, oncoming traffic, stoplights, or other road markings, even as the setting sun was blinding drivers through the windshield.

Peleg notes that the cameras cost about $500 apiece, about a tenth the cost of lidar or half the cost of forward radar. He says the company is not looking to replace other sensors in self-driving cars, but says the thermal camera can fill in gaps that other sensors miss as well as make it easier for programmers to identify obstacles that are difficult to do with other sensors. For example, it may have been able to pick out both the woman and the duck as living things and separate them from the wheelchair and the cane, rather than demanding programmers to build the whole scene into the software.

In a famous accident that killed a woman crossing a street in the dark in Phoenix in 2018, who was killed by a self-driving Uber test car, Peleg is confident his sensor would have identified her. The company notes that there are 15,500 vehicle collisions with deer every year in the U.S., which its sensors could help mitigate.

Adasky is also has plans to install thermal imaging sensors in traffic lights, says CEO Yakov Shaharabani. The sensors will communicate with adaptive driver safety systems—the precursors to self-driving systems—to bring a car to a stop if it detects, for example, a jaywalker crossing against the red.

Adasky says it expects to have its system installed on a car for sale in Israel soon, and is in talks with more than one company that sells cars in the U.S.

Radar down
Another company working to improve cars’ self-driving capabilities in bad weather is Wave Sense.

The company takes forward facing radar and turns it on its side to look into the ground. While ordinary cameras and even thermal cameras have trouble seeing through a curtain of falling snow, much less a foot-thick layer on the ground, radars can see through it.

Even on snow-covered roads, the ground penetrating radar is able to find and follow the road and even stay in its lane on a company demonstration video. The catch is, the roads all have to be mapped by radar for it to work.

The system works by following rocks, gravel beds, and other natural or man-made features of the ground under the road. These features are turned into a digital signal, which the radar seeks to follow. The technology can also help in fog, heavy rain or with poor lane markings, the company says.

Tesla-Funded Research Reveals One of The Biggest Mysteries of EV Battery
Tesla Tesla Buyer Nets a Whopping $12,000 Discount After Asking for Reduction
END_OF_DOCUMENT_TOKEN_TO_BE_REPLACED