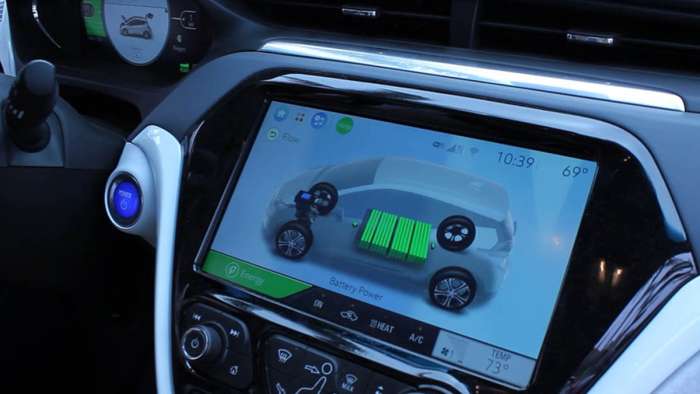 GM plans to use Google's Android operating system in their cars. This change could significantly improve the electric vehicle driving experience.
Advertisement

In recent years, the electric vehicle market has become analogous to the Biblical battle of David and Goliath. Goliath (played by the major automakers) is a seemingly unstoppable force, but as far as electric vehicle sales are concerned, Goliath has been beaten by the sling-bearing upstart, David (played by Silicon Valley’s Tesla Motors). Tesla is dominating the EV market for a number of reasons. Among those reasons are brand cachet, charging speeds, performance, and a proprietary charging network. It’s easy to see why one of Tesla’s greatest advantages over legacy automakers is frequently overlooked. As many Tesla owners will tell you, “It’s the software, silly.”

This concept was illustrated well by Porsche, which recently unveiled their Taycan, the first production EV from a major automaker that rivals Tesla in most of the ways Tesla is perceived to dominate. The Taycan has just as much brand cachet, faster charging speeds, better performance, and it even has the direct support of two new fast charging networks: Electrify America in the United States and Ionity in Europe. So surely, Porsche is poised to put Tesla in its place, right? Not so fast. Tesla owners have been quick to criticize its user interface for being slow, filled with glitches, and lacking functionality. According to them, only a Silicon Valley tech company has the software chops to produce an acceptable user interface.

GM Teams With Google for Android OS
GM appears to have recognized this software advantage, and they are now moving to acquire that advantage for themselves. A recent Wall Street Journal (WSJ) article GM Turns to Google for in-Car Apps, Voice Commands detailed GM’s plans to work with Google to install their apps and functionality directly into the vehicle. This Android operating system will enable drivers to access and use apps and functionality without having their phone or personal device wired directly to the car; however, they will need to provide consent to the companies to gather data from apps and services they use.

This change also prompts the question of what type of hardware will be required to support this system. Most GM vehicles already come with active onboard 4G LTE internet connectivity and hotspots, so the data connection required to run these systems shouldn’t need the addition of any new hardware. However, the Android operating system will require processing power, which will add cost and complexity to the interface as well as increased levels of parasitic losses (something EV owners will likely notice).

GM will preserve their current OnStar systems, which manage safety, service, internet connectivity, and system diagnostics, and they will continue gathering and recording their own data. GM recently announced a partnership with Bechtel to build nationwide fast charging infrastructure, and while GM will not be investing money into that venture, they will be providing electric vehicle usage data.

Other Automakers Will Also Use Android OS
According to the WSJ article, GM isn’t the only automaker that is looking to Google for their onboard vehicle apps. The Renault-Nissan-Mitsubishi Alliance and Volvo Cars have both also working with Google.

VW Group, on the other hand, will be taking a different path. It will not be obtaining a package provided to them by Google. Instead, VW is creating a new, internal group to develop a single, unified operating system for all VW Group vehicles (including Audi and Porsche). One of the key issues VW cites for obtaining a software package from Google is that it will require access to all of the car’s sensor data. While it could be concerning to some, that sensor data is exactly what allows the operating system to integrate so well with the car and provide the information and services that many drivers today demand. We’ll see in time whether the German giant can go toe-to-toe with Silicon Valley’s best and brightest.

Volvo Polestar 2 Using Google Android OS
It is one thing to talk big about matching the responsiveness and functionality of Tesla’s user interface and functionality, but it’s another thing to actually produce something that works well. Thanks to Volvo, we might already know what this integrated system will look like.

Volvo displayed their Polestar 2 at the Frankfurt Motor Show, and it appears to already have this new system in place. Bjorn Nyland posted a detailed video of the Polestar 2, and starting at about the 8:30 mark, Bjorn review dived into the infotainment system. The display was responsive enough to impress Bjorn (a longtime Tesla owner and Norway's resident electric vehicle expert), and he noted that it was much better than what other automakers are now providing. 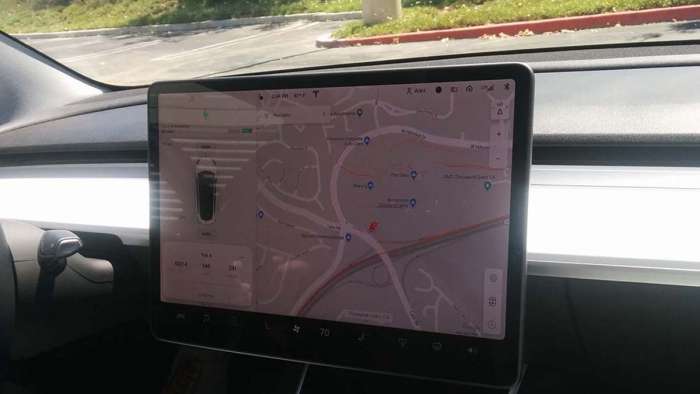 In addition, and even more exciting, the Polestar 2’s Android system appears to integrate with the car’s systems, something that phones linked through Android Auto currently do not do. When the Volvo representative asked Google Maps to navigate to a destination, the system displayed the car’s current battery level as well as the projected battery level upon arrival at the destination. Later in the video, the system can also be seen displaying real-time statuses for charging stations. As I have demonstrated in one of my own recent videos, Google Maps now provides real-time status information for some public charging providers. So it appears that, as long as charging providers work with Google, drivers will be able to see the current status of those charging sites while driving. That means, no more guessing as to whether a charger will be available when you arrive.

Android OS Integration Helps EV Drivers
If this Android system does integrate with the car’s onboard systems as a standard feature, it opens the door for a host of additional features and functionality that electric vehicle owners would value. Traveling in electric vehicles isn’t as straightforward as traveling in traditional internal combustion vehicles, and longer trips typically require more involved route planning. With an integrated automotive system, Google Maps should be able to identify charging stops as well as inform the driver how long the vehicle will need to charge before they can safely continue to their next stop. Further, access to driving speed, route topography, and weather data would give drivers additional information, and the system should be able to advise drivers if they need to adjust their driving based on current and future conditions. This is a level of electric vehicle driver confidence that, up to this point, has been reserved for Tesla owners. 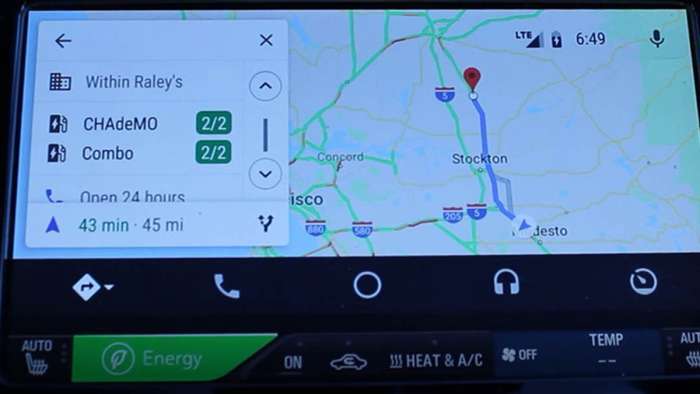 Integrating Google’s Android operating system could provide GM with a significant advantage over their competitors who continue to use proprietary interfaces and systems. GM plans the roll out to begin in 2021 for their Buick, Cadillac, Chevrolet, and GMC brands. This timing appears to align with the recently announced 2021 Bolt EV refresh. GM might have just found a sling of their own. 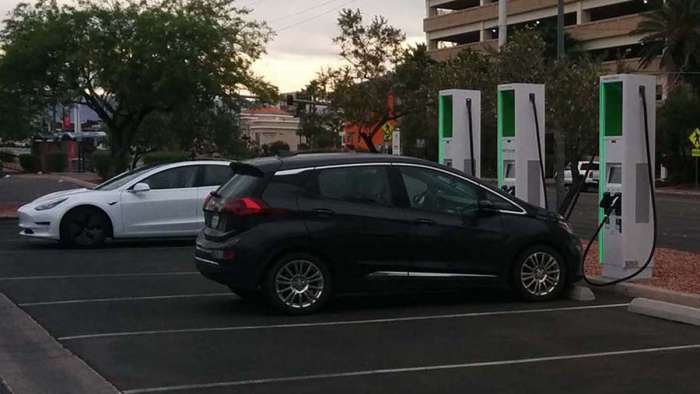 Eric Way focuses on reporting expert opinion on GM brand electric vehicles at Torque News. Eric is also an instructional designer and technical writer with more than 15 years of writing experience. He also hosts the News Coulomb video blog, which focuses on electric vehicles, charging infrastructure, and renewable energy. Eric is an active member of the EV Advocates of Ventura County, a volunteer organization focused on increasing the widespread adoption of electric vehicles. You can follow Eric on News Coulomb Youtube, on Facebook at @NewsCoulomb as well as on Twitter at @eway1978.