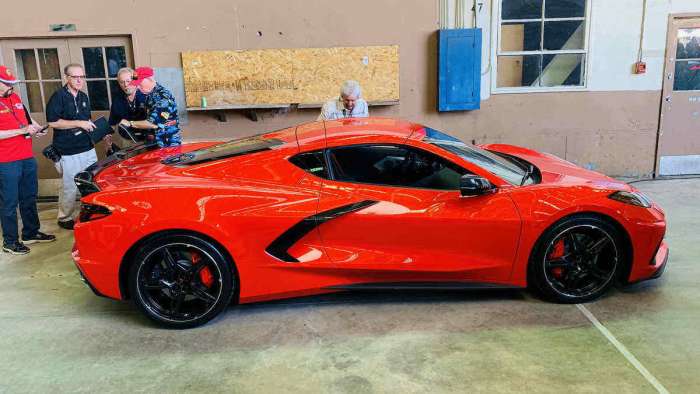 GM just grabbed the attention of the entire world with its new 2020 C8 Corvette Stingray. With GM releasing the top speed of this C8, to say it impresses people is an understatement.
Advertisement

In 2018, when the C8 Corvette buzz really started to explode on YouTube and on other social media platforms, there was a lot of skepticism. Lot’s of Corvette purists weren’t happy at all because of GM doing away with the front-engine Corvette (in fact, C8 was even at some point delayed because of electrical issues). There were plenty of others complaining that this would be a cheaply built mid-engine car with a high price tag. I never thought GM would do this though. I maintained the theory that GM would produce something spectacular, with a typical Corvette price.

In August 2018, I produced a video for my YouTube channel called “The Price is Right”. I did a price analysis of the Corvette, starting with the 5th generation working my way up through C6 & C7. I came up with a base price for the new C8 of $63,000. This was my prediction for this new Corvette. People thought that was crazy though. Many skeptics were throwing out numbers over 100k. They just couldn’t believe GM would stick to their roots on this new Corvette.

Watch Torque News analysis of C8 Corvette pricing and click to subscribe to our channel for daily automotive news coverage and analysis.

The C8 has received an incredible amount of hype for over a year now and rightly so. It has been and still is a trending topic on all social media platforms. Because of this organic hype, GM hasn’t really done any marketing at all.

The C8 has to be the most anticipated car ever.

On 07-18-19 the official 2020 Corvette reveal day. Anticipation levels reached their boiling point. The world was ready to see the C8. When GM drove the 2020 Corvette out, the reactions were priceless. Take a look at all the pros and cons for the 2020 Mid-engine Corvette. The C8 had done what GM had set out to do all along. The entire world was in shock and mostly in a good way. Mark Reuss and the rest of his team told us about their new Corvette. You could sense the crowd’s anticipation as they waited to hear what this car would cost. Then it happened, Mark told us all that it would start at under $60,000. The crowd went crazy.

When pricing came out on the 15th, it was huge for the C8. GM stayed true to its word. 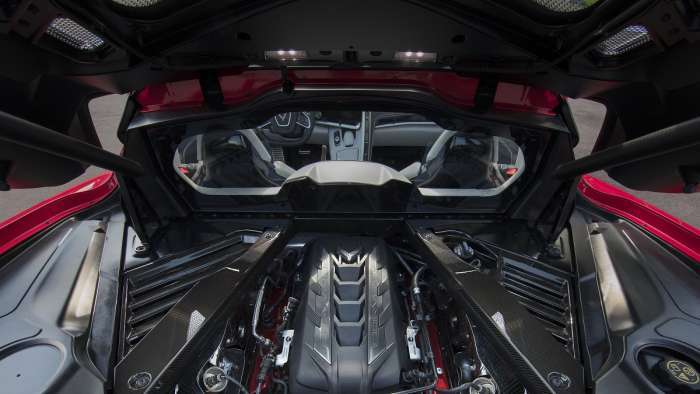 The pricing was nice to see right at $59,995 for the base model 1LT. Once you get to the next levels 2LT & 3LT. These would definitely make a lot of buyers rethink things.

Now they may not get the exact spec that they had originally wanted. GM has followed Porsche in its marketing footsteps with this new C8. They have added so many ways to customize this new Corvette. Each feature you add isn’t cheap. They still offer the 1LT, 2LT, 3LT packages, but the pricing spread between each level has increased by almost double.

This is just the start, though. With many people building these cars on Chevrolet’s configurator. People have reached over 100k on theirs. Let’s not forget that the starting price is $59,995.

GM also released the top speed for both the base model Stingray and the Z51 Stingray.

This is drawing even more attention to its latest supercar. These numbers being

The 184mph for the Z51 Stingray Corvette and 194 for the base model, are both impressive. 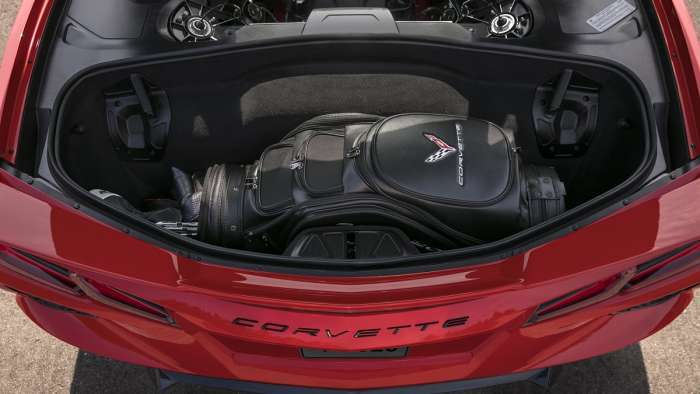 Considering that this car only has 490 or 495 horsepower, this is quite an achievement by GM. This has the heads of the world spinning again and rightly so. Regardless of whether this car ends up costing 60k or 100k. GM can claim they built a mid-engine supercar that is just shy of hitting 200 mph, for under 100k. Therefore GM grabbed the attention of the world. At every step of the way. GM continues to defy expectations and limitations that car enthusiasts have held them to.

GM literally set a new bar for the entire world to aspire to, and this is just with its base model Corvette. With talks of the Z06 & ZR1 or Zora models coming out over the next few years. GM will continue to rewrite the definition of a supercar.

I will never forget the day GM unveiled the new Corvette. The world will never look at them the same. This was 60 years in the making and GM hit a grand slam with its new Corvette. Check out Clarence Garner's story discussing some of the 2020 Corvette's unanswered questions if you have any questions about the new Mid-engine Corvette. See you in the next story where I am discussing the price of the C8 2020 Corvette which may not last very long.

Watch this video where I am showing how I am building and ordering my 2020 Corvette and click to subscribe to TorqueNews Youtube channel for daily automotive news analysis.

Michael Brink is the editor of the Brink of Speed YouTube channel where he covers Corvette content. He has 11,000+ followers on YouTube. He has owned 3 Corvette’s, and they were all different generations. Michael owned a 2003 Corvette Z06, a 2009 Z06, and he currently owns a 2015 Corvette Z06. He has worked in several dealerships and has a wealth of automotive knowledge. He has decades of car expertise as he has been a car enthusiast for most of his life. You can follow Michael on Twitter, Facebook and Instagram.

Bob wrote on August 20, 2019 - 5:43pm Permalink
"(in fact, C8 was even at some point delayed because of electrical issues)." I have to ask: Do you guys pay ANY attention to the world around you? GM has called BS on "electrical issues." The car was delayed because GM decided to switch the platform to the new Global B electrical architecture, which require some redesign. Not an "issue" or a "problem," a decision made to improve the car.

Tesla-Funded Research Reveals One of The Biggest Mysteries of EV Battery
Tesla Tesla Buyer Nets a Whopping $12,000 Discount After Asking for Reduction
END_OF_DOCUMENT_TOKEN_TO_BE_REPLACED