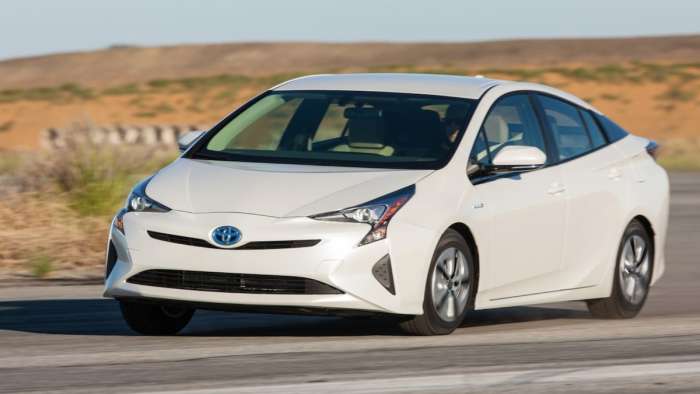 Why Your Toyota Prius Is Worth More Than You Think

If you feel your Toyota Prius is on the last leg of the mortal journey it is on, you may be considering putting it out to pasture. However, there may be some hidden gold inside that most people are not aware of, but thieves certainly are.
Advertisement

The Toyota Prius is not only just a car. It is a very eco-friendly machine that does more than just get excellent fuel mileage. Most people are not aware that when Prius was born, it set new emissions standards that allowed it to be compliant to even the most strict of regulations, like CARB (California Air Resources Board).

How did Toyota achieve that though? They used components such as catalytic converters to help clean up the tailpipe emissions which leads to cleaner breathable air. What are these components and why are thieves stealing them? We are about to find out.

When gasoline is burnt or combusted inside a engine it produces particulate matter, carbon monoxide, nitrogen dioxide, carbon dioxide, sulphur dioxide, water vapor and hydrocarbons. All of which in large quantities are harmful to humans. When we breathe these toxic fumes we can die. Asphyxiation or dying by lack of oxygen is no laughing matter, it used to kill a lot more people than we realize. That coupled with the amount of smog we saw in the air led governments to begin cracking down on automakers to produce cars with cleaner tailpipe emissions. 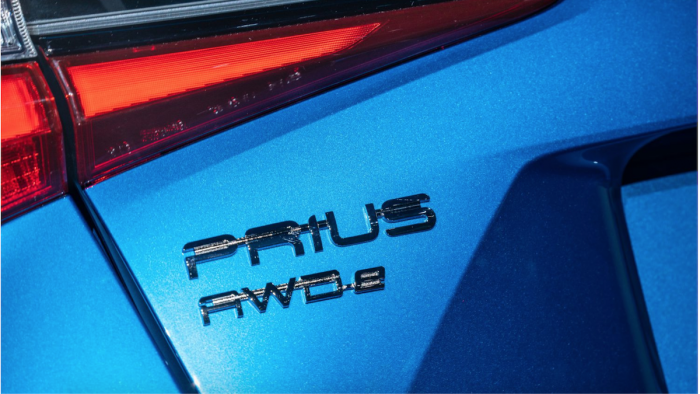 This action, along with several others, put into play the clean air act and made it possible for all cars to have catalytic converters.

Any new vehicle that is on the road today will have what is called a catalytic converter. This component, which is derived from precious metals such as platinum, palladium and rhodium, make up the actual catalyst structure. The converter itself then reacts with the particulates and toxins that come through it to chemically change the mixtures that are exiting the tail pipe, the result is cleaner air. Even Prius makes these harmful toxins, which is why they need converters.

Why They Are Being Stolen

Due to the previous metals in them, thieves that are hard up for money and need to make a few bucks, can easily steal them right off your vehicle. A good large cat converter (as they are called for short) can fetch anywhere from $30 to $300 depending the size and density of the converter.

This means that the Toyota Prius is a prime target. The reason being is they have larger cat converters to help reduce the maximum amount of air pollution that the gasoline engine gives off when running. With these big cats aboard our asphalt starfleet, they quickly become the center of attention. 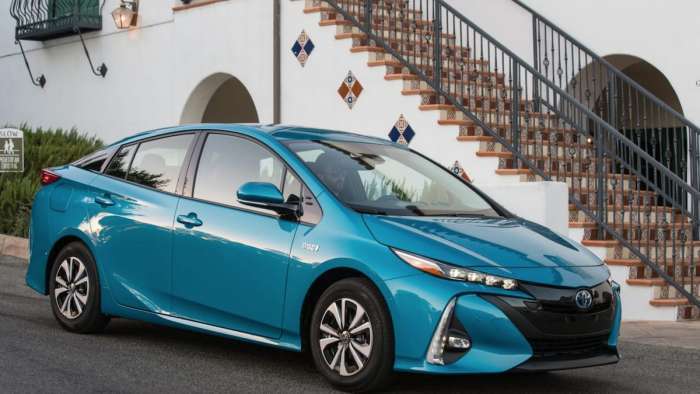 Many of the Prius cars that are on the road today also have two of these converters which makes them even more desirable as well. Twice the money for one stop.

What You Can Do To Prevent Theft

Take good care of your Prius and it will take great care of you. If you are nervous about your car being robbed of the precious air cleaning device I would recommend the following happen.

First, if you have a garage, park in there. If your garage is full of junk, have a yard sale (extra gas money never hurt).

Second, if you do not have a garage and park outside, install motion sensor lights that will come one when someone is around, this can deter thieves from sticking around and taking the job on.

Third, have video cameras setup where you park your vehicle, it may come in handy for more than just this reason as well.

I hope that no one has this happen. It is costly to you and worst part is most insurance companies will not pay for the factory parts to be put back on. Take precaution and make sure you are doing everything in your power to keep that Prius safe and sound. So if you are hard up for money, your Prius could have a few extra bucks to spare, but I do not recommend going that route. Call me and I can venmo you some cash.

I hope that you have enjoyed reading about new Prius Technology. Check out my other story Why the first generation Prius is better than either generation Nissan Leaf
See you in the next story where I am discussing why the Toyota Prius AWD-e is the best one yet.

bruce heishman wrote on August 4, 2019 - 2:18pm Permalink
driven 51000 miles with 64.1 mpg average is a 2016 prius 4 great pick up comfortable and we are happy with vehicle
Forrest S wrote on December 2, 2020 - 2:07am Permalink
Ah yes, my catalytic converter was stolen which is why I am here. Does anyone know if cat covers are a useful solution to negate this? I'm really worried about this happening again as I cannot afford it now with insurance not wanting to cover it. (Also if the author was serious about the Venmo comment: @ErgoProxxy)
Lee wrote on March 17, 2021 - 8:45am Permalink
My catalytic converter was stolen while parked at the airport away on a work trip. I was quoted $2411.01 over the phone. I don’t know how I’m gonna pay for this. Ugh. I can’t stand thieves and thought the airport garage was safe.

Toyota's First EV Will Have a Name of BZ: Toyota BZ
First Videos From Inside The Boring Company's Las Vegas Loop
END_OF_DOCUMENT_TOKEN_TO_BE_REPLACED