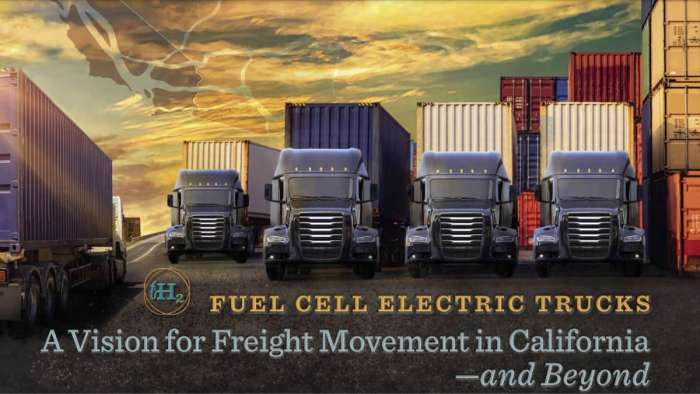 Hydrogen Fuel Cell is a technology that is quickly getting less attention. So why is California still pushing HFC? Here is what we know.
Advertisement

Toyota made hydrogen fuel cell vehicles moderately famous, and while the technology seems promising, it is getting dwarfed by EVs. So what is the reason for the California Fuel Cell Partnership to continue pushing for 200 HFC stations by 2035? The answer is not in personal vehicles.

The Reason For Continued HFC Development
What would replacing 70,000 heavy-duty diesel semi-trucks do for fuel reserves? Well, if we say the average MPG of a semi-truck is 6.5, and the average fuel tank is 225 gallons, that is 15,750,000 gallons used if they all filled up simultaneously. You can see where this is going; it would make a massive dent in the current fuel consumption to transport via truck. 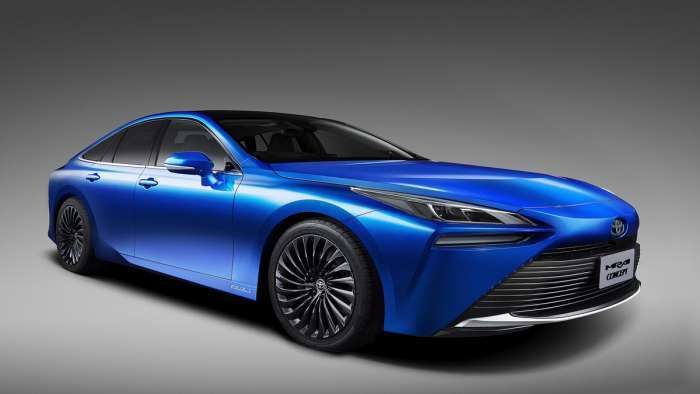 HFC looks like an incredible opportunity to help relieve the dependence on a diesel-centered transportation society. Cleaner air would undoubtedly be something no one would complain about, along with (hopefully) lower gasoline prices.

Along with cleaner air, what would some other benefits be for fuel cell trucks? Mobile power stations. Think about EVs that run die on the side of the highway or cities that were recently ravaged by a natural disaster. Roll in with portable power, and the opportunity to bring HFC trucks becomes more intriguing.

Drawbacks Of HFC
EV companies such as Tesla and a few others are stealing the limelight for alternative fuel vehicles. Because of how big Tesla Motors has become, other vehicle manufactures are drooling to gain market share. Even Toyota, a hybrid and HFC juggernaut, is considering joining the bandwagon with their BZ4X.

FCV seems to be placed on the backburner with all the EV hype, though Toyota Motor still continues to fund the Mirai project. HCV does have significant drawbacks right now in 2 significant ways.

First: The lack of infrastructure is killing the technology. Combine that with the constant offline failures the stations have, and you get a recipe for disaster.

Second: Deriving hydrogen is anything but energy efficient. Currently, hydrogen is still being derived from natural gas. The process to strip it, contain it, and store it takes a significant amount of energy, making it one of the least cost-effective fuels to produce.

Between these two options, hydrogen has not seen the growth that it has needed to become mainstream.

Conclusion
The California Fuel Cell Partnership is pushing to get hundreds of stations online by 2035, 14 more years from now. My thoughts on this are that EV tech will make HFC tech almost off the radar completely.

If more vehicle manufacturers pushed to get the research and development done, we could see thousands of stations. I believe that the idea of having an FC-dominant fleet of trucks is a great idea. I do think that the support is not quite there to make the push for it to happen.

What are your thoughts? Do you think California is going to hit its target? Who is providing the 70,000 semi-trucks for the fleet?

Be sure to drop me a line and tell me what you know about this venture. Remember, Today's Adventure is Tomorrow's Story.

What do you think about the flickering Toyota Prius headlights?