Quantumscape is fiercely taking on the task of bringing Solid-state. With their recent announcement, the promise looks and feels very real. Take a look at what we know about what the next 5 years in EV will look like.
Advertisement

Solid-state is a massive buzzword in the automotive world. Everywhere you turn, there are promises of solid-state technology "coming," but no one has a reliable and good working prototype until now.

Quantumscape has now hit a milestone that makes solid-state far closer to the reality we all are waiting for, like 2022 reality. So what is causing this massive shift in progression? You are about to find out.

Solid-State Layers Of Happiness
Quantumscape now has 10 layer cells, and that is a huge deal. Single cells show that the technology works, but now we need something that performs. These are those cells. 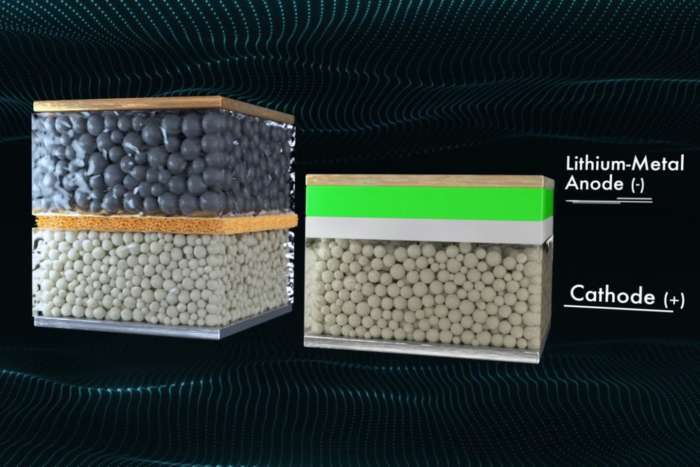 With this new advancement, the company feels it will hit its commercialization timeframe in 2024 and 2025, a short 3 1/2 years away. But there is something even bolder about all this that really excites me.

The founder Jagdeep Singh claims Volkswagen (a 26% stakeholder) will have working prototypes in 2022. That is a short few months away from now.

Why Does Solid-State Have So Much Hype
If you have ever driven an EV, you will know the worst thing is charging it. Solid-state battery technology would allow EV owners to gain 80% charge within 15 minutes at a charging station.

On a trip to Napa Valley, I sat at a supercharger in a Model 3 for 25 minutes and gained only 65%. EV cars with solid-state technology will completely change the way people look at and drive their vehicles.

The Catch
The catch here is that while Quantumscape is a fantastic company, other larger entities are working on the same technology. They could also beat QS to market, which is one of the reasons Singh is so persistent about making Solid-state a reality and soon.

Conclusion
I am a Toyota fanboy through and through, but if I love one thing, it is an underdog. I think that Quantumscape shows immense promise. I also believe that their leadership is top-notch. They are focused on a winning plan to bring solid-state into a commercially viable place.

I think that if they can pull it off, Toyota will be jumping at the bit to compete and keep the title of the world's largest vehicle manufacturer. That is my opinion, but I feel it is weighted appropriately.

That is all for now. I hope you all watch what QS is doing and maybe consider investing in them. I know I will. Remember, Today's Adventure is Tomorrow's Story.

Take a look at how to replace your Prius window sweeps for less than $100.

JImG wrote on August 6, 2021 - 7:48pm Permalink
EVs are fine (maybe) in an urban environment but why is no one addressing the problems with cross country driving? What happens when you pull in to recharge and have to wait behind 2, 3, or 30 other EVs trying to charge up? "IF" they can get up to 400 miles per charge for all EVs that will get you through a long days drive but as they age the 400 miles will diminish over time.
Haggy wrote on August 7, 2021 - 12:05pm Permalink
What if you show up at a gas station with 30 cars lined up? You can always come up with hypothetical situations that don't reflect reality. I've never been to a supercharger station with 56 chargers that was even 10% full, but if it was, with the average person using under 25 minutes, one would open up in 30 second. My 2014 didn't have 400 miles of range, but it lost 6 miles of range since new with typical use. Don't act as if batteries won't last the life of the car. What if you buy a car and end up needing a new engine?
JImG wrote on August 7, 2021 - 8:51pm Permalink
Yes. I know that’s worst case scenario but I still don’t think the technology is really ready for boondocks people or cross country travel
Haggy wrote on August 7, 2021 - 11:56am Permalink
Yes, we need this technology, but not for the reasons you think. 65% in 25 minutes? You used an older, slower supercharger station. If your point is that we need newer technology, we already have newer, faster supercharger stations. If you start a road trip after charging from home, a 25 minute stop at an older station is still enough for you to complete a 500 MI trip in a Model 3, which isn't the car with the longest range. For most people, that's plenty. They are going to stop for lunch, and stop for a rest stop anyway. But they can already go to faster supercharger stations. A 10 minute stop at a faster station would have been enough to complete that 500 MI trip. And 65% for a new Tesla is as much as 100% was 5 years ago. The technology is needed because we don't have the infrastructure for people who can't charge at home. Most people can charge at home, but there are people who live in apartments and condos who can't. Until they are charging stations at most supermarkets, malls, and places where people would park anyway, we will need faster charging. Solid state batteries will also be much safer. And while EVs catch fire at a fraction of the rate of gasoline powered cars, and the fires are a lot less severe, a solid state battery can eliminate the problem almost completely.
Erin Bear wrote on August 9, 2021 - 11:04am Permalink
There are Solid State Battery (SSB) companies more advanced & farther ahead than Quantumscape. Solid Power out of Colorado, for instance, will deliver 100 Ah EV sized batteries to its auto partners Ford & BMW in early 2022 for automotive qualification testing. And in terms of "investing" as the author noted, Solid Power trades under the ticker DCRC and it only about 1/8 the valuation of QuantumScape (ticker QS).

Tesla Contemplates A New Strategy for China Retail even As Sales Boom
Jay Leno on Elon Musk & EVs: “I Think He Should Get ... Credit"
END_OF_DOCUMENT_TOKEN_TO_BE_REPLACED