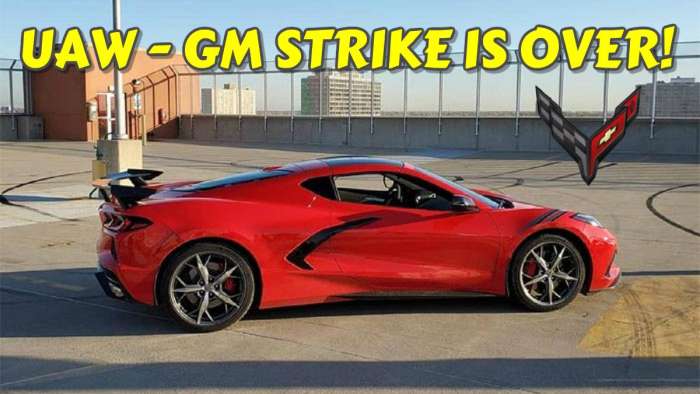 A lot of people are hugely excited for the new 2020 C8 Corvette but with the latest strike at GM, the date for sales kept getting pushed back. That is, until today. GM and the UAW have agreed on the contract details and some workers are starting back as soon as tomorrow.
Advertisement

The UAW and GM contract has been ratified and the strike has officially ended on day 40. United Auto Workers members have ratified a new four year contract that covers employees at 55 UAW represented sites across the U.S. The UAW says the contract includes a package of an $11,000 per member signing bonus, performance bonuses, two 3% annual raises and two 4% lump sum payments and holding the line on health care costs. But GM will still close three US factories.

The strike, which started Sept. 16, is estimated to have cost GM more than $2 billion dollars but it also set back the date of the highly anticipated C8 Corvette. The new Corvette was estimated to hit dealership lots in mid January but now, dealerships are speculating it will be March at the earliest. 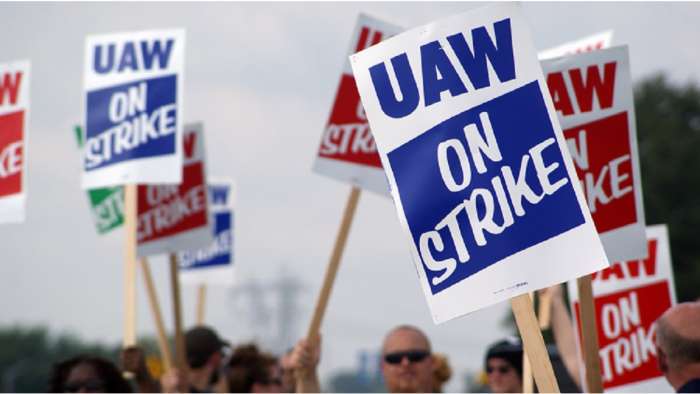 In the negotiations, GM also agreed to reduce the number of hours it takes for workers to reach a $32 per hour wage. Temporary workers will get $4,500 ratification bonuses, and 900 of them will become full employees in January. UAW said under the contract, it will not block GM's plans to close three plants across the U.S.

The union said it will negotiate with Ford next, followed by Fiat Chrysler. Both companies had agreed to contract extensions so the union could concentrate on talks with GM. The union will use the GM deal as a template for negotiations with the other Detroit automakers. This strike is set to continue to affect the automotive world even after it is settled with GM.

Luckily, those of us that have a huge interest in the C8 Corvette, now have a tentative date to look forward to. Our C8 Corvettes will be getting built as soon as GM clears out the remaining C7 Corvettes.

Also watch: The 2020 C8 Corvette is back on track! GM strike is over Motor Trend dyno results proven wrong, as well as Click To Subscribe Torque News Youtube Channel for Daily News on Automotive Industry.