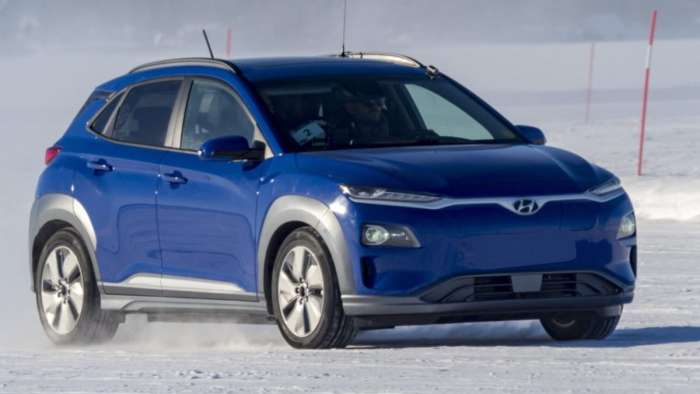 Slight improvements to 2020 models like the Hyundai Kona Electric and Chevy Bolt EV are welcome, but are they enough to compete with brand new challengers coming to the market?
Advertisement

Barely a year into its life as a full EV, the Hyundai Kona is getting an upgrade for its next model year. Following a slow rollout and limited availability in the United States, not as many Kona Electrics as we might have hoped have hit U.S. roads so far in 2019.

The Kona is undeniably a highly efficient and capable electric vehicle, as is the larger Kia Niro EV, but Hyundai-Kia’s commitment to these models is under scrutiny. We'll have a better idea how many of each model have been sold so far this year at the start of October, but a spike in North American momentum for the all-electric side of the South Korean manufacturer's line-up seems unlikely at this point.

With a handful of new features, the 2020 Hyundai Kona Electric will attempt to address some of those concerns. But will it be enough?

Improvements to the 2020 Hyundai Kona Electric
First and foremost, the 2020 Kona will come with a battery heater on the top two trim levels, Limited and Ultimate. Alongside the Kona’s “Winter Mode,” which prepares the battery for the frigid months of the year that can sap range and slow charge times, this upgrade makes the car a more attractive prospect in some parts of the country.

For those of us driving electric in colder regions like New England, this kind of thermal management is essential and brings additional peace of mind when the car is facing the elements. Interestingly, the battery heater was already a feature available to Canadian buyers, so how much of an upgrade this is to the Kona Electric depends on where you live. 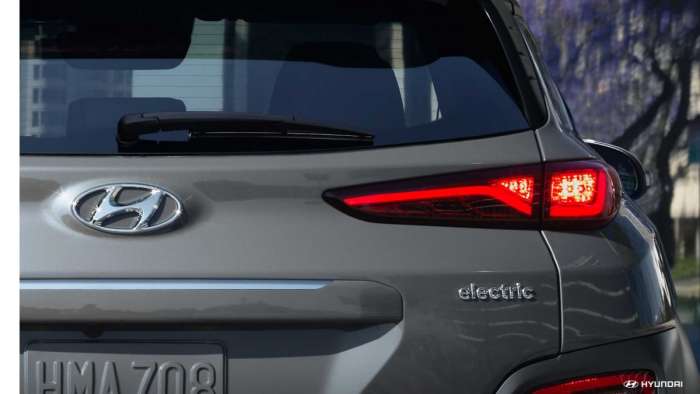 For European buyers, the 2020 Hyundai Kona Electric will be capable of three-phase charging and come equipped with an 11kW onboard charger. That's a slight upgrade on the standard 7.2kW available from a single-phase system and will be a satisfying boost to home or public charging for anyone who can take advantage of the update.

Less important, though still welcome, is the news that the 2020 Kona will get a large infotainment screen on the top-tier Ultimate trim. The new screen measures 10.25 inches, up from 8 inches on the current model and lower trim levels. That’s in line with the Bolt EV’s 10.2-inch screen size but doesn’t quite reach the extremes of an iPad protruding from the center console. If you prefer a more traditional blend of buttons and touchscreen, the Kona Electric should be a good fit.

Unlike the 2020 Chevy Bolt EV, the range of the 2020 Hyundai Kona Electric remains the same. That’s unsurprising, given the Kona already delivers outstanding efficiency and is still around the top of the pile in terms of distance it can travel on a single charge at this price point.

In real-world terms, the 259 miles now delivered by the 2020 Chevy Bolt EV’s expected 66kWh battery pack is right in line with the Kona Electric’s 258 miles from a 64kWh pack. Electric motor performance specs are also very similar, meaning the two vehicles will be compared on more personal preferences such as interior comfort and design aesthetics.

Upgrading these long-range, affordable EV models is to be applauded, but how long such moderate improvements will keep them competitive in the all-electric marketplace is questionable.

Good Enough (For Now)
After several years seeing only minor upgrades to the Chevy Bolt EV and, inexplicably, watching Nissan fail to add some regularly requested features to the second-generation Leaf, the incremental improvements announced for 2020 models are welcome.

While it’s tempting to call for dramatic leaps in the capabilities of these cars, the very fact that legacy manufacturers are acknowledging the competition and trying to keep their all-electric models current is a positive sign. Even a year or two ago, models like the Chevy Bolt EV were still labeled compliance cars in some corners of the industry. With updates laid out for the next two model years of the Bolt EV and immediate improvements to the Kona Electric, it’s clear that GM and Hyundai-Kia see these models as important waypoints on their strategic roadmap to electrification.

On the other hand, such incremental improvements are unlikely to see them lead the field for long. Other manufacturers are waiting in the wings with models that could usher in the next wave of EV technology.

We already know that Volkswagen plans to unveil its ID. 4 crossover EV at some point in 2020, for example, with the hatchback ID. 3 already racking up preorders in Europe. These vehicles are expected to deliver range ratings that push the 300-mile mark, if not beyond that, as well as high-tech interior features and fast charging in the region of 125-150kW.

In short, new models lined up for 2020/21 are expected to go further, charge faster, and provide more features than the current generation of electric vehicles can offer. Whether or not the challengers can offer these features at a compelling price point remains to be seen, but in the United States they will have the full federal tax credit available.

Manufacturers like Volkswagen seem to be setting their sights on the $30-40K price range, putting them in direct competition with the Hyundai Kona Electric, Kia Niro EV, and even the lower range Tesla Models 3 and Y in some purchase scenarios. The current Chevy Bolt EV is trading more in the $25-30K price bracket due to significant discounts, but the incoming upgrades could see dealers sticking closer to the MSRP for the 2020 and 2021 model years, which puts us back above $30K and in direct competition with the other vehicles mentioned.

The bottom line is that we’re about to see another wave of advancement in the EV marketplace, not unlike the shift that occurred when the Chevy Bolt EV first came to market in late 2016.

At that time, a range of up to 150 miles on vehicles like the fist gen Nissan Leaf, BMW i3, and the Hyundai Ioniq were as good as it for EV buyers. The Bolt EV and the promise of the base Tesla Model 3 altered expectations, paving the way for new models expected to deliver 220 miles or more, with improved performance and battery management to boot.

A similar shift in 2020 could gradually see 300+ miles and charging above 100kW become the new normal, which puts the ball back in the court of GM, Hyundai, Kia, and perhaps even Nissan, to take another leap forward. GM seems to be ready with its BEV3 platform, but will others rise to the challenge?

Let us know in the comments who you think will be at the head of the non-Tesla EV pack this time next year.

John Goreham wrote on September 26, 2019 - 1:13pm Permalink
The response I'm hearing in EV forums about the Kona and Niro is all positive. The Niro EV was the best car I tested this year. I think you nailed it in the first paragraph. Unless Hyundai/Kia can build more, it won't matter what the specs are. EVs that don't sell in mainstream volumes will do nothing of value for society, the environment, or automakers' profits.
Steve Birkett wrote on September 26, 2019 - 3:54pm Permalink
I think they give the manufacturers involved a platform from which to gather data, benchmark, and develop the partnerships needed to move further into EVs when the time is right. At the same time, they'll make much more money on the ICE or hybrid versions of the Niro and Kona, so it's no great surprise to see them slow-walking the rollout. Faced with the initial sticker shock premium of the EV version, I'd guess most buyers would opt for the hybrid as a more affordable middle ground.
John Goreham wrote on September 26, 2019 - 4:54pm Permalink
Well said!