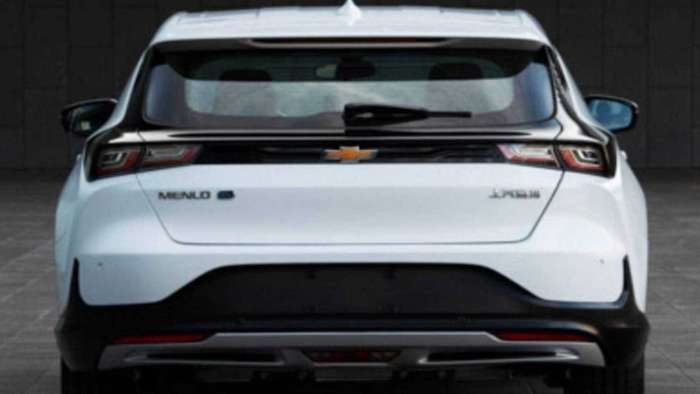 With Chevrolet Menlo Release in China, GM Stokes Speculation About the Bolt EUV

China's appealing crossover, the Chevrolet Menlo EV, seemingly won't make it to U.S. shores, but it offers a glimpse at where GM is headed with electric vehicles.
Advertisement

Leaked reports of the Chevrolet Menlo EV in China are stoking up interest in GM's electric vehicle plans once again -- and, more specifically, what it has in store for new versions of the Chevy Bolt EV.

Any new electric vehicle is guaranteed to get media tails wagging, given the limited options available to EV buyers, but activity from General Motors, or lack thereof, is of particular interest.

Getting the Chevy Bolt EV to market as North America's first affordable long-range electric car in 2016 was a notable achievement. Since then, however, the well has run dry in terms of significant improvements to that car or new models for us to seek our teeth into (hence the fervent speculation - and subsequent disappointment - about 2020 Bolt EV updates).

As such, those of us outside the Tesla bubble are eager to see if GM truly does have a concrete plan for a range of compelling EVs by 2023, or if the company will pull a Nissan and let its EV position slip, at least relative to other legacy automakers.

Before we explore what it means for the US market, let's start with the Chevrolet Menlo's reported specs in China.

Those measurements also have implications for limited headroom, as the Chevy Volt suffered from. On the other hand, it makes the Menlo EV a much more "normal-looking" utility vehicle, closer to the Chevy Equinox than the Bolt EV. On another crucial metric, the Chevy Menlo is expected to deliver 187 miles of range based on the capabilities of Buick Velite 6.

It's important to remember that these are the numbers for the Chinese market, which has differences to the North American market in terms of both consumer expectations and government regulations. It seems unlikely at this point, for example, that GM would release any pure EV with a range below 200 miles or specs that can't quite match the Bolt EV.

The new model is based on the previously revealed Buick Velite EV 6, which was released earlier this year as the all-electric answer to the Velite 5, also known as China's version of the Chevy Volt plug-in hybrid. Confused? You will be.

If you thought the Volt/Bolt naming combination was a poor choice, you ain't seen nothing yet. We've discussed before the strange proximity of the current Bolt EV and the rumored Bolt EUV, which would be far too close for comfort in a new vehicle segment that already requires a great deal of research.

The introduction of a new Chevrolet model, based on a China-only Buick model that looks well-suited to the North American market yet gets passed over for the Bolt EUV? Well, let's just say it's perplexing but all very General Motors.

Ironic then, if this new Chevy EV truly isn't bound for America, that the model name owes its heritage to these shores.

What Does the Menlo EV Mean for North America?

The Chevrolet Menlo EV seems like a perfect fit for the American market, not least for the derivation of its name. Menlo Park is the New Jersey community in which Thomas Edison created his first laboratory, the first of its kind anywhere in the world.

While the Chevy Menlo EV wouldn't represent any clear first, given the Chevy Bolt EV as its affordable long-range predecessor and larger crossovers appearing in the U.S. and Canada since then, it would still make a compelling addition to the sparse all-electric line-up on offer today.

First and foremost, it looks much more like other CUVs on the road. It's busy and angular lines aren't as appealing to this writer's eye, but the majority of comments on the Menlo EV's leaked images thus far can be summarized as "Nice. So much better than the Bolt EV!" 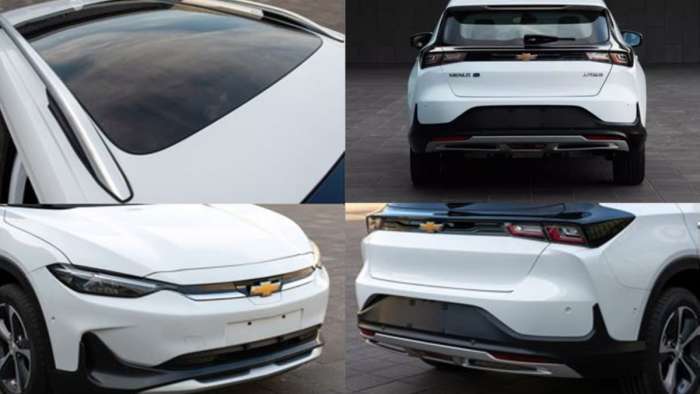 Personal aesthetical preferences aside, this is a good sign for GM. Those who often criticize the Bolt EV cite its looks, size, and comfort as part of the reason for their lack of interest in the car. The Chevy Menlo EV appears to address at least two of those three gripes, while the comfort aspect is likely to be something GM has heard and responds to with any new electric vehicle it releases in North America.

In terms of power and performance, the numbers of the Chinese model would certainly need to be beefed up before arrival in North America. 250+ miles EPA estimated range should be the minimum that GM is aiming for in its next wave of all-electric models, with the psychological barrier of 300 miles being another milestone that hesitant consumers would like to see EVs break.

Then there's the sticking point of creature comforts and driver assistance technology, where many critics point to the Chevy Bolt EV as falling short. Features like adaptive cruise control (ACC), built-in navigation, power seats and even autonomous driving tech are all items that would aid the sale of GM's next electric model.

For more on the improvements we'd like to see from GM, read our article on how the Chevy Bolt EV should be updated in 2020.

We'll know much more about the Chevrolet Menlo EV next month after the Chengdu Motor Show in China, which runs from 6th-15th September. What we see and hear is likely to offer still more clues as to what GM has planned for the American market and, hopefully, starts to fill in some of the blanks on the company's slate of 20 new electric models due over the next three years.

Do you think the Chevy Menlo EV would sell well in the U.S. and Canada? What else would you like to see from GM's 2020 electric line-up?

Let us know in the comments.

DeanMcManis wrote on August 17, 2019 - 1:59am Permalink
Yeah, even though they are claiming that this is just a China/Asia market BEV, it is quite possible that the underpinnings (BEV3) could be the same as the rumored and long awaited Bolt EUV. I think that there are two reasons why we are seeing the Menlo debut in China (besides the huge market there) with no word of a new Chevy/Buick BEV for the U.S. One big reason is that GM killed of the Volt and Cruze and closed 3 plants in the U.S. and one in Canada, so shipping new EVs from China reeks of losing more domestic production overseas. Secondly, GM promised that Cadillac would be their "Vanguard" EV marque moving forward (even though they no longer have any EVs available now after dropping two Cadillac PHEV models), and Cadillac announced that they would release a long range, luxury BEV in 2022. For me, if GM doesn't release new BEV models by next year at the latest, they will already be their competition.