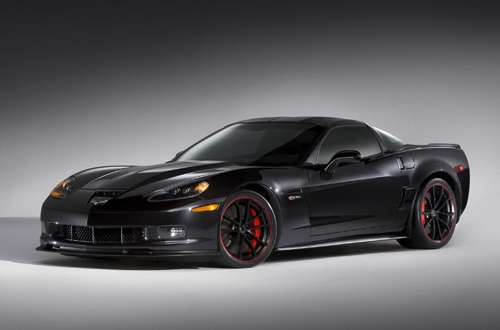 Corvette Z06 and ZR1 get performance upgrades for 2012, 'Vette fans get first look this weekend

Chevrolet announced today upgrades for the 2012 Chevrolet Corvette, including enhancements to the high-performance Z06 and ZR1 models and interior trim across the entire Corvette line. A special event this weekend at the National Corvette Museum in Bowling Green, Ky., will give Corvette fans their first look at the coming model year's Corvettes.
Advertisement

Paired with the exclusive-to-Corvette Performance Traction Management system, which regulates torque delivery for maximum performance, the Michelin Cup ZP tires are according to estimates by Chevrolet engineers good for an eight percent gain in maximum lateral acceleration, up to 1.1 g, and improved braking performance. With PTM, the tires yielded a remarkable three-second quicker lap time around Virginia International Raceway.

Chevrolet says the tires were designed by the same engineers at Michelin responsible for developing the tires for Corvette Racing in the American Le Mans Series. They come with the optional Z07 performance package for the Z06 Corvette and a new PDE performance package on the ZR1. Either way, the tires are 285/30-19 front and 335/25-20 rear. New all-aluminum Cup-style wheels in satin black or machined finish are about five pounds lighter and stronger still than the 20-spoke wheels of 2011.
Offered on the Corvette Z06 for the first time in2012, Performance Traction Management integrates traction control, active handling and selective ride control systems automatically "manages acceleration dynamics" for better traction and stability on the race track, especially on full throttle exiting a turn.

Magnetic Selective Ride Control will be offered on the Z06 for 2012, called by Chevrolet "the world's fastest-reacting suspension technology." Brembo carbon ceramic brakes will again be part of the Z06 package and standard on the Corvette ZR1, as are Michelin Pilot Sport 2 tires. Brakes calipers can come in colors for 2012, too. Owners can personalize with red, yellow, silver and gray.

A carbon fiber hood is optional on the 2012 Corvette Z06 and a full width racing-style spoiler is included in both the Z07 and PDE packages for 2012.
Chevrolet will put taller fifth and sixth gears in the ZR1 for 2012, improving highway mileage by a remarkable two miles per gallon.

All 2012 Corvettes will get better seats and new steering wheel, the seats having larger bolsters on both the seat back and cushion areas, all the better to keep driver and passenger in place during high performance driving, with no, claims Chevrolet, decrease in comfort in daily driving. Optional microfiber suede inserts not only have a better feel but also give more seat-of-the-pants traction in hard cornering.

The new steering wheel will have unique badging for each model, plus "streamlined" switch trim and wrapped spokes. Order the optional custom leather interior and contrasting color stitching--in red, blue or yellow--comes with it.

A new Bose uplevel audio system will have nine rather than just seven speakers, and work was done to improve cabin acoustics. The big changes for the sound system are new tweeters in the instrument panel and improved Bose Nd next-generation bass performance.

"We constantly strive to make the Corvette a better car on the road and the track," Tadge Juechter, Corvette line director and chief engineer, was quoted in a release. "For 2012, the Corvette lineup achieves its highest performance level ever, while at the same time being easier to drive and enjoy thanks to several changes and new features inside the car."

Click here for a closer look at the The 2012 Chevrolet Centennial Edition Corvette Z06.