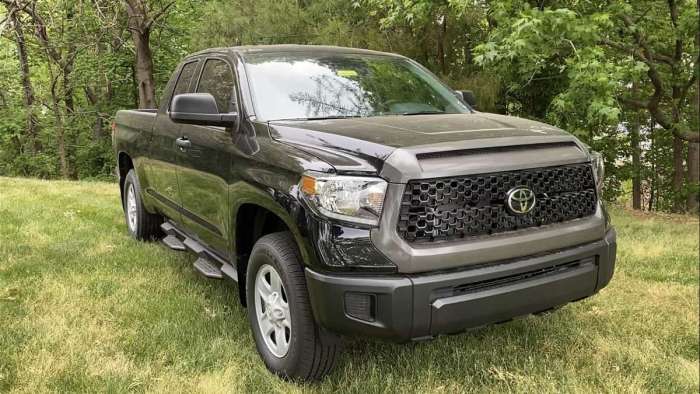 Some Toyota Fans Becoming Angry Over Lack of 2022 Tundra Details

You will not believe the comments from fans about the lack of information on next-gen 2022 Toyota Tundra. Wow.
Advertisement

We are in the thick of very exciting times if you are a Toyota fan.

Toyota has so many new vehicles, trim levels, redesigns and refreshes planned for the next several years. There will be a “continual stream of new” in the Toyota world very soon. 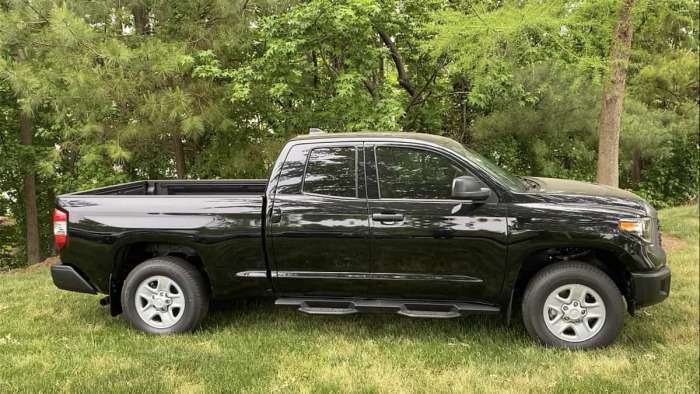 I recently wrote a Torque News story detailing what I think I know about what is in store for 2022 Tundra.

The issue for many Tundra owners, fans and enthusiasts is Toyota has not released even one single juicy tidbit of information about it. Not even a teaser.

Well, it did release one small secretive teaser in a recent press release about its pickup truck lineup and an electrified power plant. Interesting.

But that is it for now. 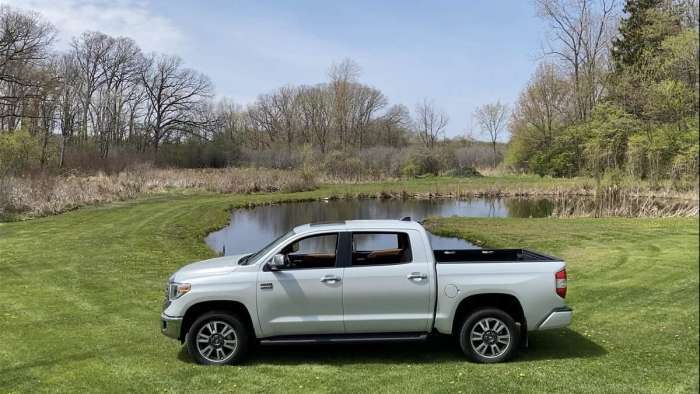 Toyota is a very secretive company about future product releases. It holds its cards tightly until it is ready for the big reveal.

I suspect there are several reasons Toyota has not told us anything about next-gen Tundra yet.

Personally, I think this is a major redesign that carries significant importance as Toyota attempts to take gigantic strides in the full-size truck market. There is a lot of ground to make up on the market leaders.

In short, Toyota wants to get everything right. So, no details yet. Until it is the perfect time.

But that certainly does not mean some Toyota Tundra fans like it. 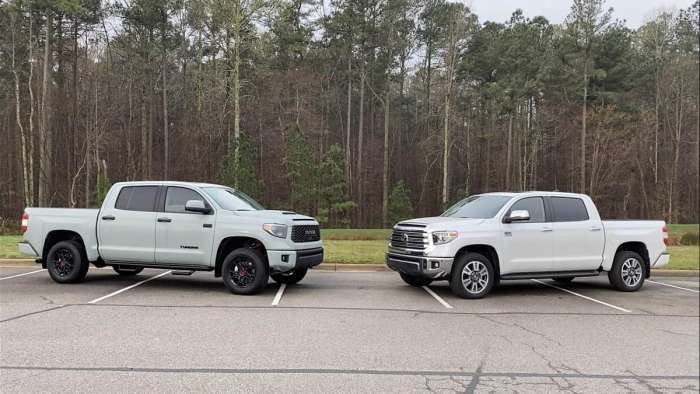 I receive a good number of emails and comments from people who are kind enough to watch my “Toyotajeff” YouTube channel and read my Torque News / Toyota News stories.

There was plenty of chatter lately about “no information yet” from Toyota with the new Tundra.

Toyota in Alaska commented. “I’m ready to move on. A couple things have soured me on them despite driving Toyotas since 1986. My local dealer’s additional markup (since they have a monopoly in Alaska) and the lack of information on upcoming products. Nissan is beating them on both of those score cards. I’m ready to try another brand after 35 years of loyalty.”

Connie wrote. “If this new Tundra is supposedly gonna be here by end of year, why haven’t we heard anything about
it yet? This is ridiculous!!!”

VIDEO YOU MAY ENJOY: I review 2021 4Runner SR5 Premium with XP Predator Package

“We’ve seen the spy shots. Why won’t Toyota acknowledge them?” Asked Amil. Feel free to see these pics with my friends over at The Fast Lane.

Pr had a different angle. “2023 Tundra Chip shortages is going to make the 2022 update non-existent.

Yeah, that chip shortage is tough on most of the automotive world, Pr. But do not worry. I feel 2022 Tundra will still come out as planned by end of year.

Are you concerned you have not gotten any concrete details or specifications from Toyota about the next Toyota Tundra? Or do you think this is perfectly normal for the automotive industry?

What is your excitement level over 2022 Tundra? What do you think Tundra needs to do to climb the ranks of the full-size market?

Mark Davidson wrote on May 7, 2021 - 5:15pm Permalink
I guess some Toyota fans are entitled babies. While I like reading about upcoming plans of manufacturers in a variety of markets, I am old enough to know that a lot is vapor ware (solid state batteries, flying cars) and some is a preemptive announcement to keep people from blowing their budget on the currently available product (Nissan Ariya, Hyundai Iioniq 5). I actually like the surprise announcement and immediate availability of some cool new item that we did not expect. THAT creates waiting lists and record sales. As for crabbing about dealer markups, these are the same people who celebrate the free market. Monopoly in Alaska? Maybe because other manufacturers do not see an advantage in selling in a micro market. Solution? Move.
Some facts wrote on May 8, 2021 - 4:50pm Permalink
You make some assumptions, and all are incorrect. Alaska is not a micro market. We have just about all manufacturers selling in Alaska. And why does someone who doesn't like predatory pricing suddenly be a celebrator of the free market? The lone Toyota dealership was purchased by an out of state owner a while back, and proceeded to gouge consumers ever since. They get a way with it largely due to the monopoly they have. My favorite example was a sticker on a car in the showroom with an MSRP of $58,775 and an additional dealer markup of $24,995. Yea , I'll move from a state I've lived in for 52 year because of a predatory car dealership. I guess you think I'm an entitled baby, and I think you're not very bright.
Bri wrote on May 7, 2021 - 7:19pm Permalink
I was very disappointed when the new model was pushed up another year, since I planned on a new one last fall, now I'm just waiting for, whenever.
Bob Barker wrote on May 7, 2021 - 8:08pm Permalink
I am concerned about whether the next-gen Tundra's hybrid powertrain and TRD trim levels/packages will be available at the initial launch, or delayed by several months or even a whole model year.
Peter Sylvada wrote on May 8, 2021 - 12:53pm Permalink
New LandCruiser 300 just released. There is no way the new Tundra will have "only" 415 hp. 13 years @ 380 and a tiny bump of 35hp? You gotta wait and someone should be fired for that, like the boss! Tacoma raptor style internally referred to as T-500 with 492hp? Tundra will have a big bump coming. Stay tuned...