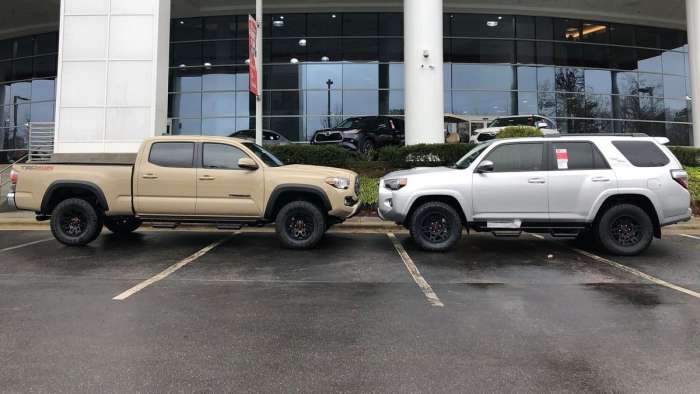 We discuss whether Toyota Tacoma or 4Runner needs a redesign most – and when you will see them.
Advertisement

These words have been used numerous times over the years to describe two of Toyota’s most popular trucks and SUVs.

Both vehicles have built practically a cult-like following throughout the past few decades. Backed and surrounded by loyal owners, fans and enthusiasts who would swear by them. 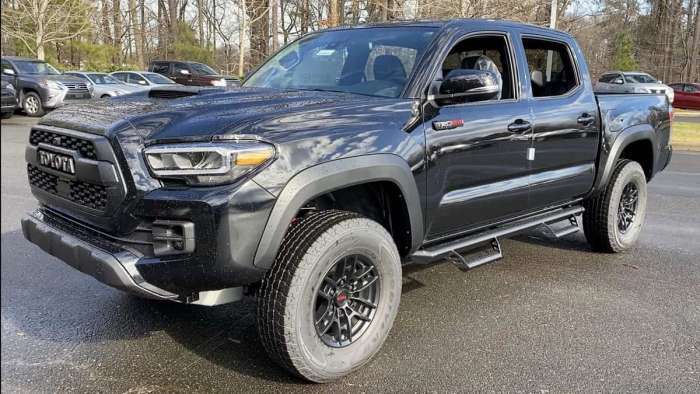 Any why would they not? Toyota 4Runner and Toyota Tacoma are built with long-term reliability and dependability in mind. Plus, both are rated as two of the vehicles with highest resale value by kbb.com. 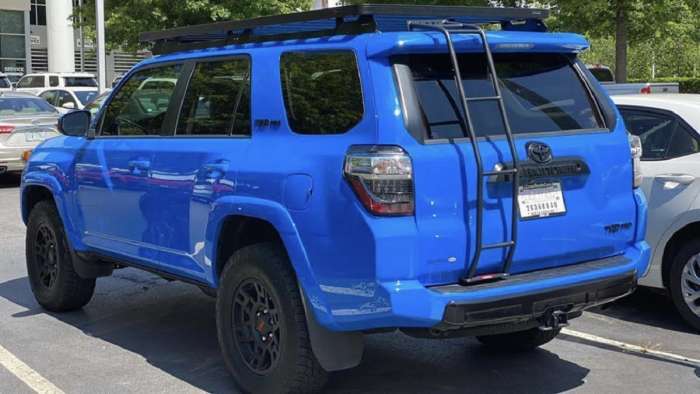 Yes, they last a long time and keep their value more than just about any other brand and model.

But, just as all things change in life, so too must 4Runner and Tacoma.

Today I discuss when both vehicles will be redesigned, and which one could use it most. 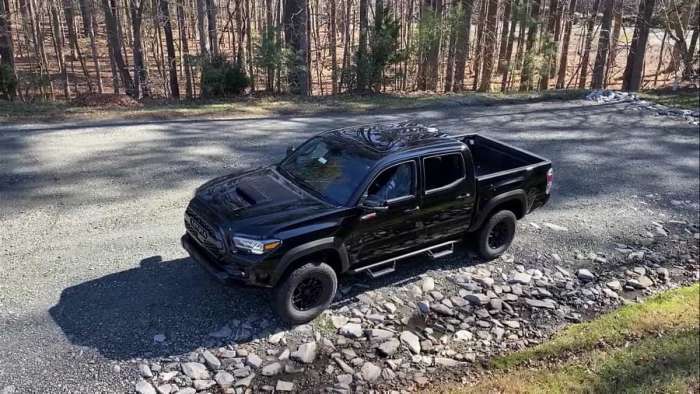 Toyota is currently selling its 2021 Toyota Tacoma. It was last redesigned in 2016 as its third generation offering.

Third generation Tacoma received a facelift for 2020 complete with minor body changes, along with new safety features and technology. 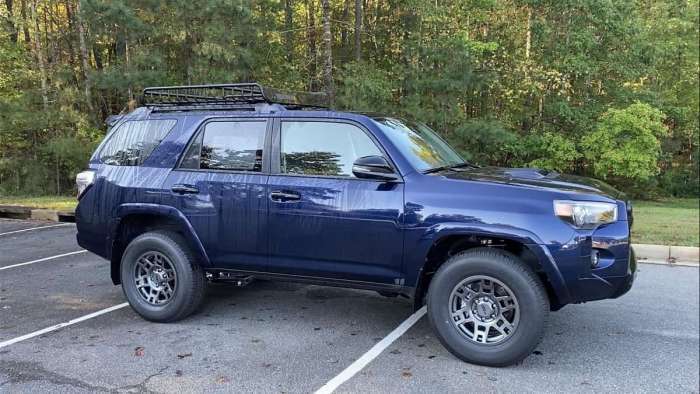 I call Toyota 4Runner one of the last true SUVs left on the planet.

In contrast to Tacoma, the 4Runner has been around longer and has gone through more generation cycles.

4Runner had a nice refresh for 2020 as well with new technology, convenience and safety upgrades. A refresh - not a redesign.

This is a long time without a redesign. Over a decade. 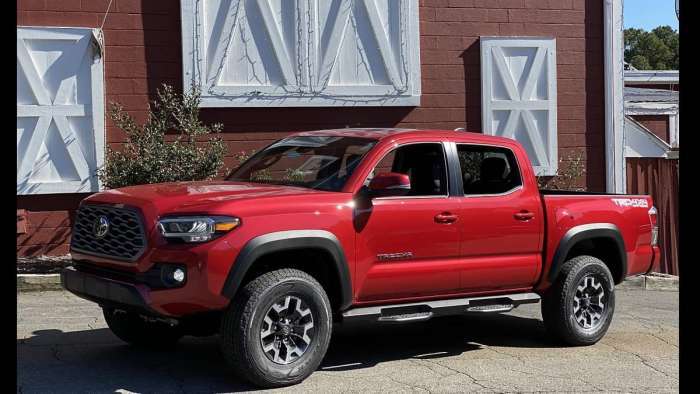 Most trim levels come with the V6 and produce 278 horsepower and 265 lb.-ft. torque. This is matched with either a 6-speed automatic or 6-speed manual transmission. 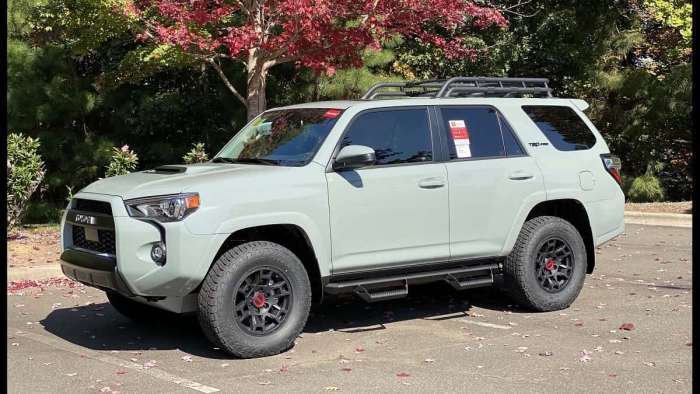 Both Tacoma and 4Runner have done an admirable job of offering new features and trim levels for 2021 while we wait for next generations.

2021 4Runner added Trail Special Edition to its lineup. Also, LED headlights and LED fog lights are now standard across the board on all trims.

RELATED: The hardest to get 2021 Toyota 4Runner right now.

Timetable for new Tacoma and 4Runner

Timelines for both vehicles are a bit cloudy and uncertain, at least to the public. Toyota has not officially announced plans or estimated times for each one to be redesigned.

Certainly, there are rumors circling the airs of the Toyota world. I have heard completely different stories about both.

Latest Tacoma speculation has a new Toyota midsize truck reaching local dealerships for the 2023 model year. It could be pushed back to 2024 as well, depending on any number of factors and circumstances.

4Runner, on the other hand, has a much cloudier future concerning its sixth generation build. I have heard anywhere from 2023 to 2025 model year for our beloved SUV to reach buyers.

Again, Toyota is a corporation that is fantastic at keeping news quiet until it is ready to release information on its own terms. Part of its charm, I suppose.

While both are due for a major redesign, I feel 4Runner needs it the most. It has been over a decade since it was last overhauled.

I expect both Tacoma and 4Runner to update their engines and transmission (perhaps an 8-speed transmission?).

I also fully plan on seeing a 4Runner Hybrid and Tacoma Hybrid in the next few years. This falls in line with the Toyota objective of offering a hybrid or alternative fuel vehicle for every one of its cars, trucks and SUVs.

Of course, look for new and modern technology, safety and styling as well.

Time for your thoughts on Tacoma vs 4Runner

The beauty in this is that while we wait for each model to get its new body style, we still have great vehicles to purchase. Long-lasting and built strong and tough.

What do you think needs a redesign the most – Toyota Tacoma or 4Runner? Are you debating about whether to make a purchase now or wait for the next generation?

How will you decide what to do?

Thanks for reading everyone. See you next story when I speculate on whether a 2022 Tundra plug-in could happen or not.

Jim wrote on February 15, 2021 - 10:33am Permalink
The fact that the Tacoma still has rear drum brakes is preposterous. Thus, I would go with that one. Sounds like a better powertrain would be good, and a fully boxed frame would be nice.
Steve wrote on February 26, 2021 - 4:03pm Permalink
4runner for sure. If someone wants a freshly resigned brand new Toyota truck, they will soon be able to get a fresh Tundra. There isn't really a fresh counterpart to the 4runner, especially with no new Landcruiser in sight for the US:(
Dylan wrote on March 29, 2021 - 2:15pm Permalink
4runner redesign is needed so much. Especially the transmission.
Jacob Erez wrote on April 4, 2021 - 5:43am Permalink
Of course the 4Runner deeds a fresh redesign, when in the last 10 years did you see an SUV with 5 speeds? A smaller and more powerful V6 will be nice considering the not so good fuel consumption of the correct mode.
Shaun wrote on April 26, 2021 - 10:49am Permalink
4runner rumors seem great. I'm waiting to see what the Redesign holds, I'm hoping for an upgraded transmission (8speed). As well as a PIEV hybrid. Rumors of a turboed 4 cylinder doesn't seem great compared to the other SUV competitors in terms of off road and Overlanding seem to eat more gas than help MPGs, something a hybrid would fix. I'll wait and see. Not in a rush.