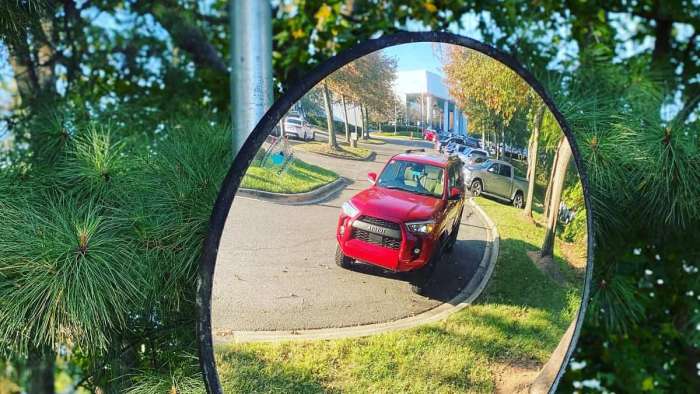 Next-Gen 2023 Toyota 4Runner: The One Feature Fans Want to Keep

I was surprised to hear the one specific feature Toyota fans want to stay when the 2023 4Runner is launched. You may be surprised too.
Advertisement

Toyota 4Runner will be redesigned sooner than later. With it will surely come a brand-new engine and transmission combination, body design, exterior and interior styling, as well as all-new technology and safety features.

Thinking about potential new features is exciting for me and many people all over the world.

One of my favorite parts about creating auto review videos and stories is reading audience thoughts, comments and opinions. After all, the people who drive and love Toyota cars, trucks and SUVs should be the ones who know it best, right? 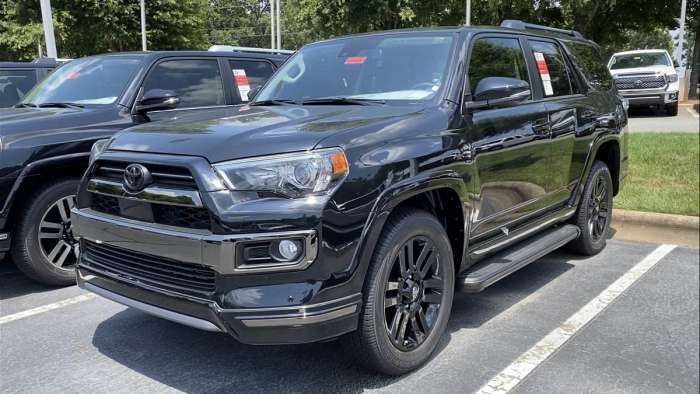 I recently wrote a Torque News story discussing potential changes coming when the next-generation Toyota 4Runner is launched. Timeline is looking like 2023 model year – as of now according to most rumors.

What I found was surprising, because of all the suggested changes, one small but apparently underestimated feature kept coming up.

I get feedback from all my social media platforms including my Toyotajeff YouTube channel, my Facebook and Instagram pages, and my Torque News stories. Just read a sampling of these brainstorming ideas for next-gen 4Runner and look for something they have in common.

Peter had this to say. “…My highest priority would be modern running gear (duh). And keep the electric rear window. My dogs loved it. Incidentally, I preferred the older more rounded styling.

“Would love to see much better mpg, more power for highway acceleration, roll down back window, more tech and sound system.” Commented Sara. 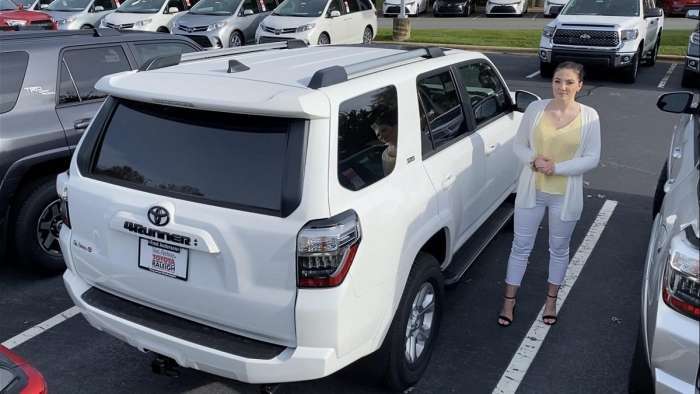 Kevin suggested these ideas. “I have a 2012 4Runner I bought new. I love this vehicle! I’m gonna buy a new one in 2023 with the redesign. Hopefully, it will include a robust but efficient drive train, keep the roll down rear window, improved sound system, keep it a simple / manly design – please don’t turn it into another plush SUV kid carrier.”

Natalie was proxy for another passenger. “Do dogs get a vote? If so, Stella says to keep the power back window. It’s important!”

The people (and the dogs) have spoken.

Time for your thoughts on Toyota 4Runner

The current 2021 Toyota 4Runner is powered by a 4.0-liter V6 engine matched with a 5-speed automatic transmission. This brings 270 horsepower and 278 lb.-ft. torque.

This is expected to change with the next generation. Potentially with a hybrid option as well.

There were plenty of other suggestions focusing on a wide variety of topics including powertrain combinations, storage ideas, lighting, the stereo system and fuel efficiency.

This power back window was the most commonly discussed feature. I hope Toyota has this important piece in their plans when it is time to finalize all features for 2023 model year.

Stella is waiting for the 4Runner launch – with a power back window. And maybe a treat too.

Thanks for reading everyone. See you next story when I discuss where the spare tire is in the 2021 Toyota Sienna. You will not believe this.

Amanda Schreiner wrote on November 27, 2020 - 5:37pm Permalink
Hi there. Considering a 2021 4Runner but now considering waiting. Likely won’t but - of the rumors you hear on the next generation likely happening in 2023 - do you think they have addressed the catalytic converter placement and Spare tire Placement to avoid easy theft ? Way more care about the cats. I always put the tire in the back since it gets stolen ever time i look away for a second. But my cats did too. Had a 1995.
Nick Roginski wrote on March 19, 2021 - 2:11pm Permalink
What ever you do. PLEASE don’t make it unibody. Almost every other company has cheaped out with this class of vehicle.Please don’t kill the six... refine it !
David wrote on March 23, 2021 - 2:41pm Permalink
Couldn’t agree more. Full frame is a must. 4Runner is last of its kind in this size/class. Don’t cheapen them up with that unibody crap. V6 is solid refine it. 4Runner stands alone one of a kind.
Harry wrote on April 6, 2021 - 10:00pm Permalink
its got to tow more than 5000 lbs max. How about 7000 to 8000 ??? Would buy one right away !
Charity Love wrote on April 16, 2021 - 8:10am Permalink
I have a Limited 2012 and love it all except the body style with the pointed lights . Wish they would go back to the smooth vertical tail lights like the 2009 models and previous years . Also , a touch button / automatic tailgate would be helpful. The tailgate on mine is very heavy to pull down every time . Thanks !
Lisa wrote on April 24, 2021 - 3:02pm Permalink
I love everything about my 2011 4runner except the poor heating and cooling for the second and third row seating. I am watching to see if this is improved. If not then I will start a new SUV search.
Craig wrote on April 28, 2021 - 2:35pm Permalink
A V6 hybrid would be great for improved economy and keep the low end torque. Ditch the obsolete 5 speed and get an 8-10 speed transmission. Keep the body on frame. Keep the rolldown tailgate window. Back in the 90s, 4 Runners had big off road tires standard. It gave it an awesome stance. At least offer this vs the smaller AT tires now offered.
Sol Esperanza wrote on May 7, 2021 - 12:14am Permalink
Fuel efficient engine will tested for reliability, 8-10 speed transmission, 5,000 lbs or better towing, keep roll down rear window, center cooler like in land crosser, more safety tech, keep large tire, keep roof rack, same or improved visibility, high bred is OK, 7 spoke tire and keep it to all model, keep back seats folding design, spare tire location is OK, wheel handle not to scale off, no none functional design, keep KDSS available in Off road model.