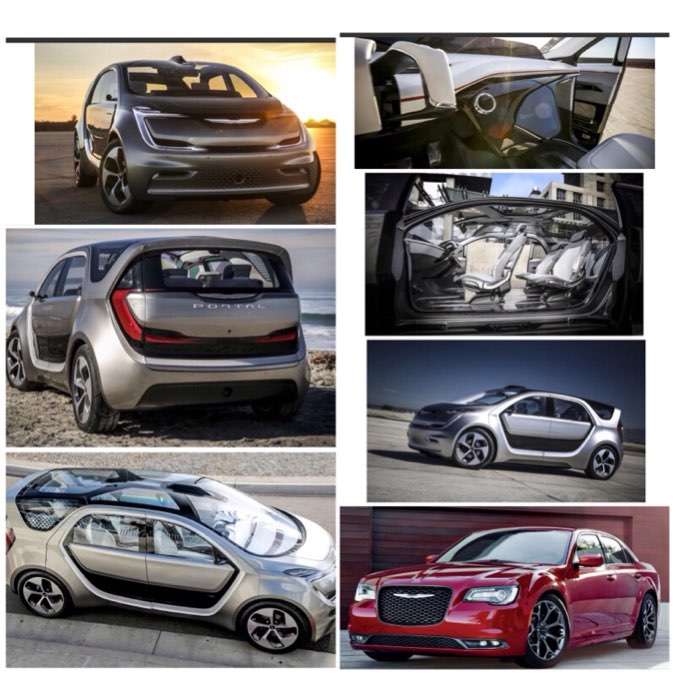 Update 9/24/18: it appears that the reports coming out of Automotive News Canada about a Chrysler 300 cancellation including a separate report about a Dodge Charger cancellation are according to a source is indicating that those rumors are patently false. This source is also telling us that Chrysler is “waiting for a geeen light” for plans for a next generation 300 Charger on the same platform with future plans for a next platform. So it seems the storied sedans are not going anywhere.

The same source is indicating that instead of a Portal Minivam, Chrysler is looking to replace the Dodge Grand Caravan with a Chrysler branded MPV to balance the lineup, and give the two car model range a third model, practically cementing a future for the Chrysler brand. This MPV is under development with three powertrains in the running, including an all electric variant. They need development time, the source says, so this means as early as 2021 maybe for production. Torque News will continue to monitor this development with the Chrysler Division as it continues to leak information to the media about its future as a brand and the fate of the iconic 14 year old LX Platform that holds the now legendary Hellcat power plants. AC
Automotive News Canada is reporting that FCA Chrysler is ready to cancel the storied Chrysler 300 sedan by 2020 and replace it with its first all electric six passenger minivan based on a concept vehicle introduced at the 2017 Consumer Electronics Show, called Portal. If true, this would be a significant game changer not only for the Italian American allied car company, but also for its rumored endangered specie Chrysler brand, that only has two models in its entire range. With Volkswagen, the inventor of the mini sized van called the Type 2 Transporter or MicroBus in 1948, launching its MicroBus minivan in 2021, and Chrysler being the self proclaimed 1984 “inventor of the minivan,” is determined not to let the market be cornered by a competitor or to be outdone:

A Canadian source is reporting in an apparent shakeup of the industry, particularly the electric minivan market, that FCA Chrysler is planning on cancelling the storied Chrysler 300 and replacing it with a six passenger full electric and semi-autonomous minivan by 2020. If true, this is a game changer for the minivan market segment, for FCA Chrysler, maybe even for Volkswagen, as they announced this week that they are putting their MicroBus into production by 2021. As the legacy car makers hash out how they will enter the electric market to claim their stakes, they are determined to break through the cornering of the electric car market by Tesla Corporation, with the European luxury performance brands like Jaguar and Porsche taking on Models S and X, makers like PACCAR (Kenworth), Daimler Trucks, and Cummins taking on Tesla Semi, and makers like VW and FCA talking on segments that Tesla hasn’t addressed, that for decades they dominated in the gas market that they intend to pursue in the electric: the minivan segment. But it seems once again in order for this to happen like it was at Ford with its hatch and sedan cancellation plans recently, another sedan will have to be sacrificed, this time at Chrysler.

The iconic Chrysler 300 is a model name now etched forever in automotive history that perhaps surpasses its luxurious ancestor, the Imperial, once a halo, in fame. The 300 grew to become a halo on its own. The 300 and its variants, have a significant impact on the Canadian automotive industry, and thus, their economy, as well as ours. Canada is home for the sole plant that produces the now storied LX platform that is the skeleton to the 300, the Dodge Charger sedan, and their muscle super coupe sister, the Dodge Challenger, that supplies the bodies for some of the most highest horse powered cars ever produced in automotive history. Charger sedan and Challenger coupe give bodies to high horsepower variants like SRT, Hell Cat, and Skinny Demon Hellcat.

The LX platform was a “dowry gift” if you will, from Daimler Benz to Chrysler when they separated their 1998 merger in 2007. That dowry has turned into a major cash cow with little development capital: a 14 year production run same car on the same platform with only one refresh, some minor interior changes over the years, an unprecedented run for a North American production car. Since its launch in 2004 the car is produced at Canadian Chrysler’s “Brampton Assembly” Plant in Ontario. In operation since 1961, it was originally an American Motors Plant where for decades Jeep Wranglers and eventually the Eagle Premier was built when Chrysler took it over in 1987.

For months now plans for both the 300 and the Chrysler Division have been in limbo, some say, a death watch, particularly since the brand is only left with two models, and the other, the Pacifica minivan, only recently became another major cash cow when back in May Google’s Waymo ordered 62,000 as test mules and launch vehicles for their autonomous livery program. At the FCA shareholders meeting back in May in what was unbeknownst to all that would be his swansong in both career and life, the now late former FCA CEO Sergio Marchionne, punted the issue of Chrysler’s survival to, what was also unbeknownst then re: the abrupt changeover, now new CEO Mike Manley. If this is a Manley plan, having two different minivans in the same model range may transform what was once perceived as a doomed brand into something that might not have ever been visioned before. It would certainly save the company money by shutting yet another brand from its dealership network.

All eyes are on Brampton Assembly, Auburn Hills, London, and Turin, the four corners of Chrysler key power when it comes to the legendary LX. The 300 is still a way popular car in North America in both fleets and individual sales, as 3,000 units were sold each month of this year. No word for Chrysler, either from London or Auburn Hills, if the rumors are true, what plans they have for 300, what will come of Charger and Challenger if 300 goes, and if Portal will replace 300 final assembly at Brampton. Stay tuned.

What do you think of the Portal concept and Chrysler 300 rumor? Let us know below.

Rob wrote on September 21, 2018 - 12:01pm Permalink
Why do auto manufacturers think that electric vehicles should look like a bad science experiment gone wrong?
DeanMcManis wrote on September 21, 2018 - 7:37pm Permalink
It is interesting for a concept, but it is more likely that the production model will look like the Pacifica. It is good to see Chrysler move towards building BEVs. Hopefully they can get some EV models out before their competition takes the market. One bad trend that I see is that all of the domestic automakers seem to be killing off their sedans in favor of building more trucks and CUVs. I have really wondered why Chrysler did not drop the Hellcat motor (and now RedEye) into the Chrysler 300. I understand that it is very similar to the Charger, but the 300 felt more upmarket, and they could have had a $65K, 800HP sedan that could have been compared to the CTS-V (also being cut) and the German performance sedans. Sure it lacks the tech and high-end fit and finish, but at $65K it would be a price/performance leader in the market.
Joe wrote on September 21, 2018 - 10:01pm Permalink
VW won’t be able to compete in price for the same specs against Tesla and GM. They have fan base and loads of anti-American Americans who’d rather love imports than patronize their own. The problem with the imports when it comes to electric, they’re far behind in contracts and their technology would be buggy at first and have bad expenses for recalls. Unless they signed up with ultra cheap but reliable battery suppliers, they’re gonna be lame for a while.
Al Castro wrote on September 24, 2018 - 12:43pm Permalink
Bingo Joe Bingo Randy below
Randy wrote on September 21, 2018 - 10:02pm Permalink
This EV will end up looking like a shorter Pacifica van.
Sebastian Koch wrote on October 12, 2018 - 3:09pm Permalink
I think the news about the 2020 portal are true and Waymo buys all they produce (Waymo/Chrysler collaboration).