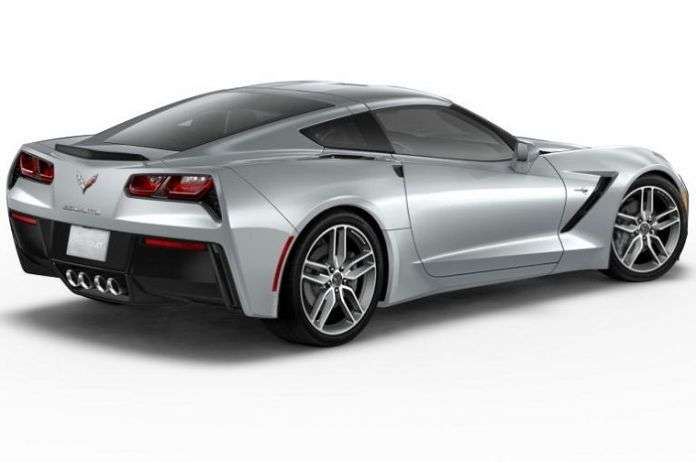 The Corvette Effect Could Give You a New Outlook

Is it just me, or does everyone feel Corvettes are becoming more and more refined?
Advertisement

To start, I must admit, I am no expert when it comes to the long heritage and history of the Corvette. In honesty, covering the history of this car would be useless as every aspect of every model and year has been scrutinized. Instead, I want to talk about the effect these cars have had on me personally in the last few years. It is strange to say, but I am now a huge fan of a car I had never cared about before. Let’s look at why.

My Old Corvette Rule of Thumb

When I was younger, I started noticing something about the Corvette’s I would see. Every time I looked at the person behind the wheel, I would be surprised to see an older gentleman driving. This constant must have really formed a mold in my mind as I just started associating these cars with older men and not performance. The idea had stuck with me for many years and sort of became a game. Perhaps my town was different than yours, but this fact helped form my opinions on these cars. Add to that, the performance of the C3 and C4 models was not all that impressive compared to other, more accessible, cars of their time.

The Corvette Effect starts here for me. The entrance of the C5 Corvette made me take notice again. By this point in my life I had just followed my basic Corvette rule and just stopped paying attention. The C5 started to change that thought process. With a new look, more power and a great presence, the car could no longer be ignored. I started taking notice again, and found the “rule” being BROKEN! To my surprise, there were more and more cars popping on the scene with younger drivers. Though the cars were cooler, and a wider range of people were driving them, I still had limited interest at this point.

A new stage of “the effect” came with the introduction of the C6 Corvette. My word, things were getting interesting with these cars. Massive power, more support than ever and cars that were starting to hold their own in the super car field. I started to become a secret fan. I could not ever say that I wanted to own a Corvette, but I really respected them now. This was a huge change for me that I never expected, but I was not quite there.

Game over! What Can I say; the C7 Corvette is amazing. The look, the sound... just everything. I now find myself at stop lights rolling down the window and turning off my radio just to hear it idle. I take off fast in hopes the driver of the car will nail it and fly by. There is never even a glance at the driver these days, as I love the cars so much, I no longer pay attention. If I were a kid today, I would have only this car on my wall. These cars are outstanding. I am now fully converted to the Corvette side of the world.

With all the Web content covering C5, C6 and C7 builds, no one can deny the proven performers these cars have become. There is a feeling of desire to see these cars come out on top. A new found respect not seen before. With guys like Cleetus McFarland and Kyle Loftis battling their respective builds in front of hundreds of thousands of viewers on YouTube, it is no wonder these cars are gaining even more popularity.

The Corvette was never a car on my list of, “if ever”. But, after many years of raising the bar, and redefining direction, I now look at the Corvette as a car I want and will have. That is the effect the Corvette has had on me. How about you? Does anyone relate to this or know of others that may? Please shout out or share if so. You can write your opinions in the comments section below. If you liked this article and think it may help your friends, consider sharing or tweeting it to your followers.

Dave C. wrote on December 21, 2017 - 1:00pm Permalink
Although you tipped your hat at the beginning of your piece you know little about Corvettes, I still must comment. You said, "Add to that, the performance of the C3 and C4 models was not all that impressive compared to other, more accessible, cars of their time." Huh? Maybe late era C3's and early C4s, but to intimate that the C4 wasn't a good performer is poppycock. The L98, LT1 and LT5 models spanked most cars on the road in their day, The C4 was also a track demon, and the ZR1 version smashed many speed records. You could argue VERY successfully that the C4 was the first modern Corvette, not the C5... The ageism thing is a wee bit off too. The average age of a C7 owner is 63, the average owner of a new Porsche 911 owner is 61, and you skipped over the part that $75k sports cars are usually bought by older people... Perception IS reality though and your comments are a good sign that younger folks are getting over their prejudices and stereotypes. Still, YOU are late to the party!! C5 came out TWENTY YEARS AGO... That a bunch of "older gentleman" figured out how good the Corvette was waaaay sooner than you did is telling as well.. Get with it....
Tommy wrote on December 21, 2017 - 1:46pm Permalink
The new Corvette ZR1 is looking more and more like a Camaro. Don't like it.
Troy wrote on December 21, 2017 - 1:47pm Permalink
I disagree that the C7 looks like a Camaro. I will concede that "maybe" the tail lights are similar, but the similarities begin, and end, there. The 4th Gen Camaro looked more like the 5th Gen Corvette, than the 5th Gen Camaro looks like the 7th Gen Vette. This article is absolutely true! The effect happened to me, the exact same way!
Gene wrote on December 21, 2017 - 2:44pm Permalink
Design wise the new Corvettes are getting pretty busy, all of the plastic black trim and edgy lines. Sometimes you can overwork a good thing. The C6 is the more refined design.
Doug wrote on December 21, 2017 - 4:26pm Permalink
C6 looks cleaner,whipper snapper, we'll overlook your inexperience. GM does what they think is right, but they aren't priced for a younger market.
Todd Fry wrote on December 21, 2017 - 4:33pm Permalink
Your first questions: "Is it just me, or does everyone feel Corvettes are becoming more and more refined?" is a tell-tale that you haven't been keeping up with your history on cars (kind of sad for an automotive journo). Chevy, and specifically Tadge Juechter, have made refinement of the Corvette (especially the interior) a very specific goal, especially with the C6 and C7.
Rob wrote on December 21, 2017 - 7:52pm Permalink
Corvette is more and more refined maybe, but not for the better when I sat in a C7 it felt like a Cadillac which is cheap luxury I own a 2013 BMW it has a better interior than a C7 but when I get in the Corvette I don't expect it to have a luxurious interior I want buttons and switches and knobs and manly stuff. I would rather it feel like a stripped-down race car than a first class cabin.
Pat wrote on December 24, 2017 - 8:25am Permalink
In the C7 they tried for the wannabe Ferrari look and failed. From the rear it looks like a Camaro. Not that there’s anything wrong with that!
Jimmbbo wrote on December 27, 2017 - 8:15pm Permalink
I had a well equipped 2011 Mustang GT and was looking to update it to an ’18 GT to get the new styling, driver information toys and technology… When I equipped the car the way I wanted, it was pushing $50,000 hard, and being the beginning of the model year, discounts were nonexistent… In the process, I discovered that after all the discounts and negotiations were done, I could buy a new ’17 Corvette for nearly the same amount as the Mustang … After a couple of weeks of locating cars and negotiating with the dealer, I found a great Stingray at a deeply discounted price within two thousand dollars of the Mustang. IMO it was a NO BRAINER. I love the Mustang, but it simply cannot compare to the Corvette in most areas. The Mustang is a muscle car that performs and handles well, while the Corvette is a world class sports car with a lot of power. The car magazines reflect this when they compare the Mustang to the Camaro and Challenger, while they run the Corvette against Ferraris and Porsche 911s. A YouTube search for C7 Corvettes reveals that Chevrolet pulled out all the stops to build the finest sports car they could… The Corvette can be an economical choice with performance competing with cars costing tens of thousands of dollars more.