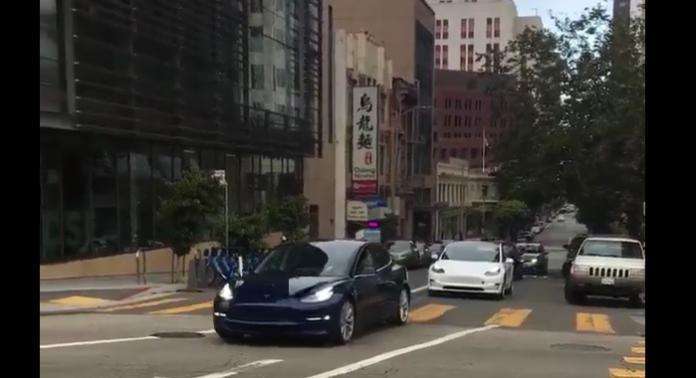 I Am Not a Green Person, But I Bought a Tesla Model S

I think Tesla fans can be equated at times like that of sharks in a feeding frenzy. They attack with an amount of voracity that can at times be overwhelming. They can swarm with the aggressiveness of hornets. They are quite proud of Model S, X and Model 3 and my experience in this one instance is that it can do no wrong. Sorry to burst a bubble but that is incorrect.
Advertisement

I am a Tesla Model S owner. Possibly the best car I have owned. I love it. Maybe a little more than my Jeep wrangler. Maybe. They are two totally different vehicles so it really is hard to compare the two as to which is better. The Tesla is quiet, refined, economic, it is classical. The Jeep is loud, obnoxious, can go anywhere, and that definitely has its purpose, it is heavy metal. Would I take my Model S to the beach? Heck no! Would I take it to the mountains? Of course, but not for the same purpose. It would do well in the windy roads provided there were charging available. Off-road and exploring the areas most don’t see we will leave to the Jeep. But I would also not take my Jeep to a symphony either.

You see, I am not a green person. No, I don’t litter, I do recycle, I turn off lights that don’t need to be on, I turn off water to conserve. Not because I want to save the environment (I do believe we have a responsibility to the planet), but because I am cheap. Lights left on and water left running means money from my wallet. So does paying for gas. And that annoys me.

So why did I buy a Tesla Model S you ask? I bought it because I am an electronics gadget junky and when I got in, the car just spoke a language that called to me. Everything is automated, futuristic, and because I was born about 500 years too early, it felt like home. The thing is software. It can do just about anything you can come up with as long as you have the coding and mechanics inside to do it.

For instance, a Tesla owner recently tweeted that why wasn’t there something added to the car where the steering wheel raises and the seat moves back to make things easier getting in and out of the driver’s seat. He got a response from Elon Musk who said look for that in the next software upgrade. Now will it be in there? Who knows. I’d like to think so as the components are all there and it would just be some coding in the software of the vehicle. Easy peasy…(says the guy who can’t code).

The Tesla Is Remarkable

Though it may be a green vehicle (depending on who you ask), it has a place in markets other than that of the save the planet/fossil fuels are evil.

So why did I mention the Tesla fanatics like sharks earlier? I was on a forum where a woman who was a Tesla owner had a friend who's Tesla model S caused a fire and subsequently burned their house to the ground. These sharks began to circle waiting for the smell of blood and attacked when they smelled it. They told her that Tesla and Elon were perfect and there was no way it was an issue with Tesla. Well, if that were the case, why are there service centers?

Now don't get me wrong, I have met plenty of Tesla owners who are die-hard fans, but also know things happen.

So where am I going with this? Simple, what would you add to the close to perfect car that is the Tesla Model S? Myself, I'd add more cup holders for one.

Donald Weiser wrote on September 23, 2017 - 7:44am Permalink
Good article. I too own a Tesla S and I love it! I'm also cheap; I probably even have a green hue in that I don't waste things like energy, water, etc.). I am somewhat saddened on the Tesla forums on FB to how fast the sharks attack. Try posting that you wouldn't trust your life to Tesla's AutoPilot (yes, I have it on my Tesla) but you'd better wear a flame resistant garment! OUCH!!!! There is a place for people who trust their lives with the latest and greatest technology completely, it's called a graveyard.
Ace Diamond wrote on October 19, 2017 - 4:42pm Permalink
TESLAs are horrible for the environment. The very clever socialists neglected all losses associated with getting the electricity into the battery. These are typically on the order of 75%, and that's being optimistic. The vast majority of our electricity comes from burning fossil fuel or....worse....splitting atoms and generating lots of heat to warm up Mother earth. A modern conventional automobile is greener, and that's without even considering the battery natural disaster. You're raping Mother Earth with that nasty TESLA
yeat wrote on September 23, 2017 - 11:34pm Permalink
Funny how you call out people defending Tesla, yet fail to mention the trolls, some of them serial trolls who attack Tesla saying the Model S wasn't possible, and every other imaginable fantasy no matter how ludicrous. Seeking Alpha, wompy wheels? I think that does a great injustice to your entire premise and renders the article quite insincere.
CR wrote on September 25, 2017 - 12:25am Permalink
No need to call out those trolls as you call them. The merits of the Tesla speak for themselves. But thank you for proving my point.
yeat da bun wrote on September 25, 2017 - 11:11am Permalink
I made your point? Your point has zero merit without examining all sides. If you can't understand why some Tesla owners are rightfully guarded against unjust criticism, you have no business writing an article about starting a flame war. By your reply alone it sounds like more like I hit a chink in your armor, as there is an absolute need to call out trolls or have you conceded that they've won? To say I proved your point, as in I attacked you is laughable. If that's your stance, you sir, have some seriously thin skin and may want to reconsider posting anything to the net.
Ace Diamond wrote on October 19, 2017 - 7:21pm Permalink
If the label on TESLAS reflected the truth, the MPGe rating would say 18 mpge and not 88. All the efficiency losses associated with power generation, transmission, distribution and battery charging....and other losses.....ARE NEGLECTED. On a cold winter day, you will have another 50% battery efficiency loss because the battery chemistry can't handle freezing temperatures very well......so all those TESLAs that Trudeau is fooling the Canadians into buying actually get 8 MPGe...
Ace Diamond wrote on October 19, 2017 - 2:01pm Permalink
I would add a lifetime supply of PREPARATION H. Other than the simple fact that TESLAS are horrible for the environment and can't keep up with my VW Golf around a real race track like the Nurburgring, owners could develop "anal itching which is why Obama loves Musk so much. Allow me to explain by posting a blog that got banned by The Hill just as soon as I posted it: In response to comment on: DOE overhauls controversial vehicle tech loan program. "The Anal Itching is due to long term exposure to powerful electro-magnetic fields. The rectum is closest to the sources of ELF in TESLAS (motor, inverter, battery in floor) Long term exposure affects cell reproduction, resulting in more rapidly produced cells that tend to be weaker. In fact, cancer cells are weaker because they reproduce much faster than normal cells and are thus easier to kill. EMF has been successfully used by the medical industry to speed up biological processes such as bone growth. The affected (Long term EMF exposure) cell tissue of the rectum is more prone to hemorrhoids and other ailments that will cause anal itching and bleeding. Unfortunately, Anal Itching is probably the least detrimental effect of long term EMF exposure. Hormone and protein production are also affected when the human brain is exposed to such fields. For example, the biomedical industry is 100% certain that melatonin production is affected. Melatonin regulates our sleep cycles, and has also been linked to our guardian angel protein."