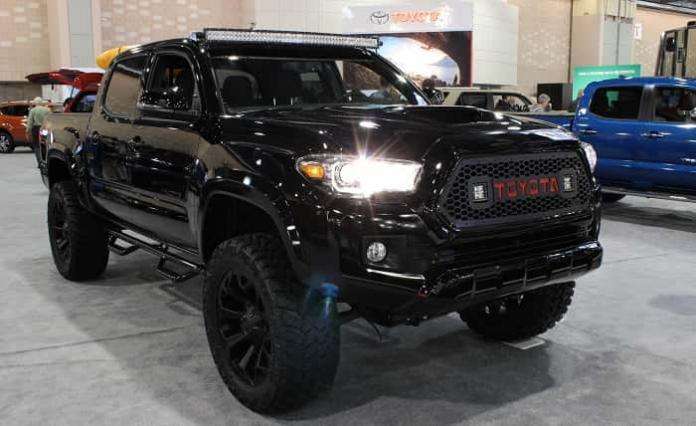 Toyota Tacoma, The Truck to Take You Anywhere and Back

Toyota also revamped Tacoma's drivetrain for a better ride and improved off-road capabilities. These changes propelled the first gen Tacoma into a successful nine-year life before being retired to the next generation. There are still many first-generation Tacomas on the road today and they demand top dollar when up for sale, sometimes pushing towards twelve thousand dollars for a truck that is 15 years old is remarkable and a testament to how great these trucks truly are. Anyone who’s ever owned one will tell you, they’ll run forever and never let you down.

In 2005 the second-generation Tacoma was born. The Tacoma underwent a huge remodel, moving to the 120 platform it was widened lengthened and looked to have gained a few pounds. That, however, was not a problem as it continued to be the most popular light truck in America. The Tacoma improved upon its already great looks to a more aggressive front facia beginning the trend of modernized stylized pickup’s, which had primarily been function over form. The Tacoma got an even larger V6 engine to help push the extra bulk of the car and improved one of the few drawbacks of the original Tacomas being underpowered.

The second-generation Toyota Tacoma was replaced in 2015.

Toyota's third, and current, generation Tacoma continues to outsell all other light trucks even with the reemergence of stiff new competition from Chevy/GMC and soon from Ford. The large V6 was replaced with a smaller engine packing more power and more efficiency, a necessary relief as the fuel economy of Tacoma trucks is one of the biggest drawbacks to buying one. The added electronics in certain off-road packages make this truck a formidable adventure vehicle. With Toyota’s extremely aggressive styling of the front end the third-generation Tacoma is one of the most recognizable trucks on the road today and to top it off they’re made in the USA in Toyota’s Texas plant.

Tacomas have stayed true to their roots through time; a great truck that can be driven every day to work or one that can be turned into an insane weekend warrior. They are not expensive to insure so older models make great first vehicles for teenagers or and newer ones can be practical work trucks for the tradesman. With a cult like following online and problems you may have with the truck can be solved with the wealth of information available from enthusiasts across the web, anything from, “what’s that noise?” to “what’s the best lift to put on?” can easily be located.

If you’re looking for a light truck, you need not look any further than the Toyota Tacoma. For the few negatives about the truck there are ten positives and the sales numbers prove it. They have a continually expanding aftermarket for performance on and off-road which makes for fun upgrades and inexpensive replacement parts. Along with Toyota's famous reliability and dependability these trucks have the capability to get you anywhere you want to go, and you can have the confidence they’ll always get you back.

Kevin wrote on October 12, 2017 - 10:12am Permalink
I'm not a proof reader, or an english major. Just some US Army retired guy that enjoys reading your website often. When I find spelling mistakes that is outrageous for sure. You might want to correct the spelling on the below finding. Keep up the great info... Second Paragraph reads: The Second Generation Tatcomas Third Paragraph reads: their roots though time
Armen Hareyan wrote on October 12, 2017 - 1:06pm Permalink
Many thanks Kevin. We greatly appreciate and made the edits. We appreciate you reading TorqueNews.com.
ehudbs wrote on August 28, 2018 - 7:04am Permalink
Hello ,torguenews ,which model of the Tacoma is pictured in this article ? I am in Nigeria,I would love to buy this very model.