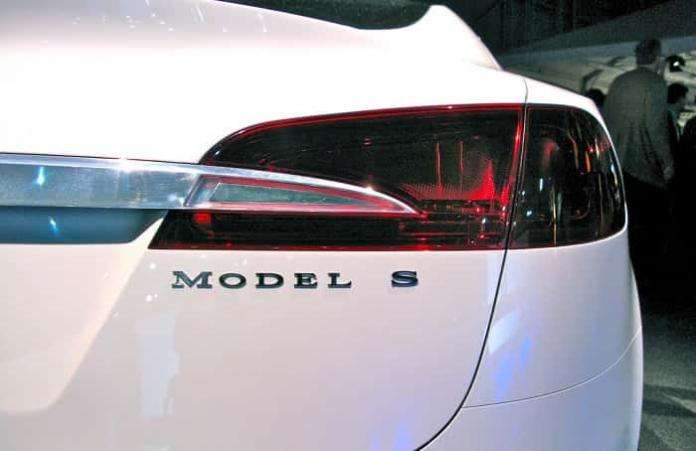 Tesla Model S Wave, A Trick Out of The Jeep Playbook

If you have ever owned a Jeep you are probably aware of the phenomenon known as the Jeep Wave. Well, you will undoubtedly be delighted to know that such an action is not strictly limited to Jeeps. Tesla Model S owners seem to have gotten in on the fun as well.
Advertisement

A recent thread on the Tesla subreddit popped up and proposed the question; “Is there a Tesla wave, like the jeep wave?”

The answer was a yes; sort of, considering the owners who responded, saying they do like to wave to other Tesla owners, are likely the most enthusiastic about their cars. Since many owners do not follow the Tesla forums and the subreddit. However, that doesn’t take away from how cool the idea can be and the fact that a small handful of enthusiasts can popularize the phenomenon and spread it to many more owners.

The tread discusses between owners about how often they get a response wave in their geographical area and why. With opinions ranging from almost never so I don’t even bother, to quite often since I always wave when I spot a fellow Tesla. As well as some users complaining that the Tesla demographic in their area simply plugged in and drove, not caring much about the specifics of the machine, but only that it worked getting them from point A to B, thus they would not replicate their token of friendship.

The concept of a vehicle specific wave is not a new one but it is a great way to symbolize the bond two strangers have in with each other regardless of how different they may well be and though they may never cross paths again. Throughout the thread a few commenters descried their own style of wave; one Reddit user, 110110, saying: “I simply give a thumbs up.” Another Redditor/Tesla owner, nyintx, bragging of how he received a “shaka” in response to his wave, to a very committed owner, kushari, who compiled his dashcam video from of his Tesla Model S “nodding” as he called it to other drivers and even a gentleman hailing a cab in front of him sporting a Tesla hat.

I do not feel as though any one person including myself has the authority to select a single action to serve as the Tesla wave but I implore those enthusiasts in the community to pursue a single wave to unify the community. A simple yet effective gesture to form a bond like that of the Jeepers. Let it serve as a reminder to reinforce that your vehicle is more than just a mode of transport from point A to B but a form of self-expression that speaks volumes to who you are as a person, if you let it.

Do you wave at other cars or fellow Tesla Model S drivers? If yes, how and what response do you get?

Tor Thorbergsen wrote on September 21, 2017 - 10:07am Permalink
Hi, Tor from Norway here. Nowadays there are Teslas everywhere, especially around the big cities in Norway, so we don't really do this anymore, but when there only was a few Teslas around what we used to do was place one hand on top of the stearing wheel and lift the fingers so they point upwards in a salute like way. :-) This was because the low angle of the front window makes it hard to see if you are waving further from the window (suppose it is easier to see in a jeep).
Kevin K. J. Belanger wrote on September 21, 2017 - 11:21am Permalink
I love the Viking steering wheel salute! 'Tesla, ja, ja.'
Darien Wilson wrote on September 21, 2017 - 3:32pm Permalink
Yes, I wave or nod at fellow owners. Most acknowledge it. I used to live in northern NJ and was beginning to see more Tesla's. I'm now in Delaware so I rarely see one unless I'm at the supercharger.
Roger Maxwell wrote on September 21, 2017 - 4:26pm Permalink
This article got me to thinking about my experience while owning multiple Honda Ridgelines over the years. Being a niche-market vehicle, I would have thought Ridgeline owners would stick together more closely than owners of, say, a Buick LeSabre. It's easy for me to spot another Ridgeline on the road - especially if it's one of the first-generation models. I always make an effort to smile, nod, wave, or give a thumbs-up to fellow Ridgeline drivers. Interestingly, most don't even notice. The few that do just give me this soulless stare as if they have no idea what I'm acknowledging right before jerking the vehicle back onto to the roadway they just drifted off of. :)
Charlotte Omoto wrote on October 3, 2017 - 2:14am Permalink
I live in E WA where there are very few Teslas so when I see one coming the opposite way, it catches me off guard and I hardly have time to wave, but any time I see Nissan Leaf or Teslas, I try to acknowledge. The cool thing is, Teslas are so rare around here that kids riding in the back of a pick up point and wave and I wave back.