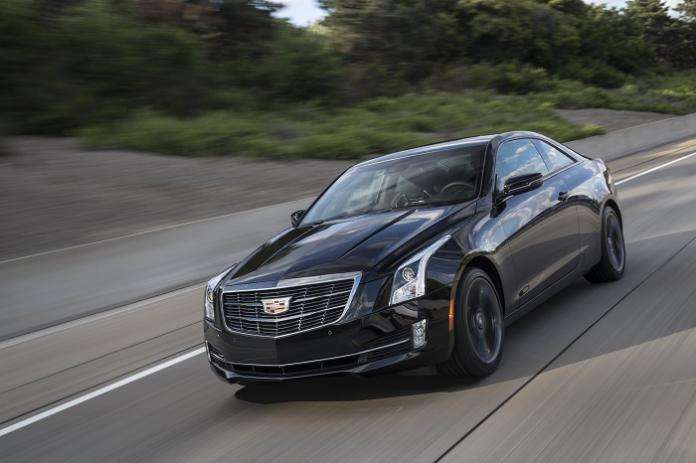 Why Cadillac So Often Fails

With the recent news of Cadillac’s plans to axe the ATS, CTS and XTS for a different lineup after 2019 we once again face the question of why did Cadillac have poor sales on its sedans. This seems to be a repeating trend in Cadillac’s history, while the German Big 3 seem to continue their dominance through the decades.
Advertisement

Sure Audi, BMW and Mercedes have had their faults and made some lame duck models – but what about them makes for a sales success and convinces more people to buy foreign over domestic like Cadillac?

Cadillac Has Never Ditched All Its Cheapness

Despite gorgeous concepts and real models that are very bold and beautiful, when you step into a Cadillac, you are often confronted with things you’d expect in a Chevy. Let’s take a peek inside a Cadillac’s interior and notice all the black shiny plastic and the smudges that go with it, the gear selector that looks like it could be from a Toyota Camry, hard to operate infotainment buttons, and one of the worst infotainment systems in the segment. Ironically, compare this to the 2016 Chevy Impala and you’d think they accidentally mixed up the interiors. The Impala’s interior is layered with different materials, has easy to operate HVAC controls with the displays in the middle, has a wood and leather dash that seems to encompass the driver with simple and clean lines, an easy to use infotainment system, and all from a car that has a $6000 lower MSRP than the Cadillac ATS – both made by the same company.

The same comparison can be said about Cadillac’s main competitors. Each of them have their own unique interior identity that sets the expectations for the driver and delivers on that expectation with a lot fewer compromises than Cadillac’s efforts. Mercedes has wowed consumers with their mini-S Class interior that makes consumers feel like they are driving a much more expensive car. Audi woos you with their virtual cockpit that puts the driver in control and takes advantage of the customizability trend that has worked well in the tech industry. Then there is BMW’s tried and true approach that is well executed and familiar to many who see BMW interiors as a luxury legacy, similar to Porsche and its 911 design.

Cadillac Screwed Up The Automatic Transmission

Say what you will about automatic transmissions, but since the early 2000s, automatic transmissions have gotten fantastic. No longer do they suck tons of power from the drivetrain, shift so slow that you feel like you can’t have fun driving, and no longer are they in competition with the manual - as automatics dominate sales. So, knowing that automatics are important, especially in the luxury sport segment, why did Cadillac do such a poor job tuning it.

Almost every major review out there says that Cadillac does a poor job in programing its transmissions. But again, let’s ironically compare this to Chevy’s efforts with the Corvette and Camaro, as reviewers have repeatedly praised Chevy’s end-results in programming the same automatic transmissions that are featured within the Cadillac lineup. What gives with the lack of cross-collaboration on these efforts within the company? At the same time BMW, Mercedes and Audi have embraced both autos and DCT transmissions and have largely delivered spectacular results that allow their cars to do 0-60 times that are comparable to other cars with less horsepower, while delivering smooth operation in a variety of driving scenarios.

Sure, Cadillac did wonders with their Alpha platform that stunned reviewers with its neutral and agile handling, balanced chassis, and supple ride. But it’s not like you couldn’t get those things in other cars. Which leads me back to the previous downfalls that just made people choose what was a higher priority for them. If someone wanted sporty, a decent interior, and good usability, they had the Audi TT, the Mazda MX5, the Audi S3, BMW M235i, Buick Regal GS, and others for around the same MSRP or less. If someone wanted affordable luxury, you had the Mazda 6, Mercedes C300, Lexus IS, or even a base XF. All of these had compromises, but each one of them nailed one of two sides Cadillac tried to split down the middle; Sporty or luxury.

But the compromises Cadillac made, killed its chances at that MSRP. If you wanted sporty car, you desired a driver focused interior that was easy to use and understand, as well as two great transmission options depending on your needs. Cadillac only could deliver the great sporty drive with the manual transmission and that a frustrating interior that was anything but driver focused. If you wanted all out luxury, a Cadillac would give you a car with a chassis you’d never fully utilize and an interior that disappoints. Not to mention you could get a more usable and luxurious car by going down-market in GM’s own catalog to a Chevy or even a Buick.

It’s Their Own Fault For Not Listening, And/Or Not Reacting To That Feedback

If Cadillac wants to make itself into a success in the sedan market, they need to utilize their modular platforms better, and deliver a two-pronged approach; Luxury and sporty within the same model ranges, but not within the trims. They need to listen to reviewers, and listen to their own leaders within their company, as they have the resources and results that Cadillac needs to borrow to get their products in line with expectations. They need to reset their grandiose MSRPs until they have earned their title as American luxury, to get people into cars so they can see what Cadillac can really do. But most of all, they need to react – which seems they might finally be doing with the new line up. But whether these turn into rehashes of their past mistakes or a new direction that is guided by feedback, and their beautiful Escala concept, will be determined with time.

Cadillac also needs to react quickly, as we have two converging trends that are going to upend the market further; the continuing dominance of SUVs and CUVs, and the electric car revolution that will see many automakers scrambling to tackle the EV challenges of batteries, range, charging, weight, cost and safety.