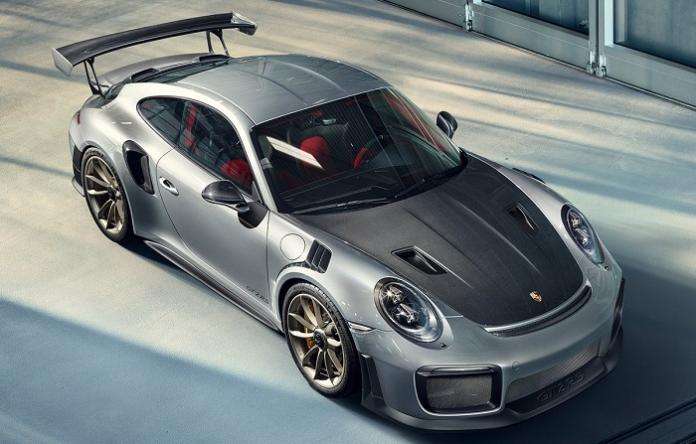 Porsche just unveiled its iconic new 911 GT2 RS, which is the most powerful 911 so far built by Porsche and here is what the auto media thinks about it. The Porsche 911 GT2 RS comes with 700 HP and costs $293,000.
Advertisement

First, let's look at this Youtube Video, that Porsche presented unveiling the 911 GT2 RS super sports car. See how it takes you inside its turbines starting at the 1.18 minute. It literally takes you inside, discussing its variable turbine geometry (VTG). It's really cool.

Let's see how the automotive world welcomed the Porsche 911 GT2 RS and it thinks about Porsches fastest super sports 911.

"As it did with the recently announced 911 Turbo S Exclusive, Porsche Design has developed an exclusive chronograph designed to match the car. Offered only to 911 GT2 RS buyers, this timepiece features Porsche Design-developed clock movement, a titanium housing, a carbon fiber face, and colors to match the car. It can be customized by each buyer alongside the car," writes NewAtlas.

CNN has a nice presentation, sharing its reporters' experience of driving the Porsche 911 GT2 RS in Atlanta where Porsche has built a nice track in 2015 near the airport.

"If you’re like me, a sports car romantic who sees fast road cars as component of a life well lived, order the Turbo S cabriolet I drove last year and embrace the beauty of life. GT2 RS is developed to reinforce the performance component of the Porsche brand, and please the most hardcore Porsche owners who measure life in hours, minutes and seconds spent on the track," writes Forbes reporter Mark Ewing.

Jalopnik's report is more about configuring the 911 GT2 RS' price. But Porsche's configurator is live, so you can go there yourself and have some fun configuring your own 911 GT2 RS and coming up with your own pricing.

Unyielding. Welcome to the 911 GT2 RS- simply the most powerful 911 ever built. #Porsche #911GT2RS pic.twitter.com/xUHkfRyoVK

Also see this earlier look from the TorqueNews reporter Patrick Rall at everything included in the Forza 4 Porsche Expansion Pack.