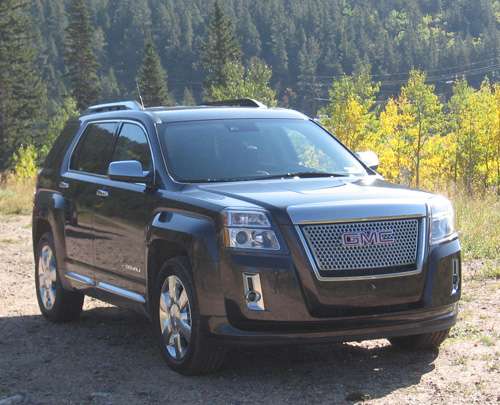 When it comes to car safety bigger really is better

Bigger vehicles tend to protect their occupants better in a collision than smaller vehicles, concluded by Insure.com in a comparison of the best and worst in passenger conveyances.
Advertisement

Years ago, before the bloom fell off the plant, it seemed like every other vehicle on the road was a big honking SUV. The automakers made a pile of money and grew complacent thinking this would never change, but it did.

When the bottom dropped out of the economy, you could hardly give away one of the 9 to 14-mpg gas-guzzlers. The Hummer was a casualty of the change in the economic paradigm.

Nevertheless, the civilian model of the military HumVee is the perfect illustration of the laws of physics as applied to car crashes. If your 16-year old just got their driver’s license, assurance was found in the fact they would not likely be serious hurt by an accident in a Hummer – of course a simple mistake born of inexperience could easily take out a small building.

Therein lies the Catch-22. The safety of the person in the three-ton SUV comes at the expense of someone whose fiscal realities drive him or her to choose a smaller, more economical commuter. When an irresistible force encounters a very movable object something has to give, and unfortunately that may include the mortal soul of the driver and or passengers in the smaller car.

Insure.com picks four big GMC vehicles and a Porsche for their five most safe vehicles. It seems a little strange that no other make other than GMC can build a safe SUV, not too mention kind of shocking that Porsche can even build a vehicle considered safe.

In any case, the insurance provider lists the GMC Sierra 1500, Yukon, Sierra 2500E and Terrain, along with the Porsche Cayenne as the safest vehicles on the road.

“If safety is a priority, you should avoid the smallest cars,” advises Russ Rader, spokesperson for the Insurance Institute for Highway Safety (IIHS).

The site continues to list all models of the Fiat 500, two variants of the Kia Rio, Toyota Corolla L, Mitsubishi Lancer Ralliart and the Mercedes Benz CL600.

Notably, a quick check of IIHS ratings shows the 2013 Mercedes C-Class fails only on the new partial front impact test, getting Good grades on all other impact tests.

“In a head-on crash, the vehicle that is heavier will drive the lighter one backward, increasing crash forces for the people in the lighter car and reducing forces for those in the heavier one,” added Rader. “Smaller cars also have less crush space in front to manage the energy of a crash and help ‘cushion’ the occupants as the vehicle comes to a stop.”

One place such information is useful is when computing the total costs to drive a new vehicle. It costs more to insure a car with a poor safety rating, as the costs of repair and passenger injury rehabilitation tend to increase with those the IIHS deems relatively unsafe.

One reason the Mercedes C-Class is on the list is it has the highest cost for insurance out of 750 cars the site compared.

To provide a glimpse of the best and worst cars for bodily injury, Insure.com analyzed insurance rates for Personal Injury Protection and Medical Payment coverage that covers your passengers in a crash. Using insurance rates for more than 750 vehicles in our annual car insurance comparison study, we identified the vehicles with the lowest and highest costs for this coverage.

Interestingly, one small car came in at number 19 of the least expensive cars to insure, namely the Honda Fit.

The bottom line is the money you save on insurance in one of the identified safe cars will be spent over and over again in gasoline. Similarly, the extra you pay for insurance in a smaller car will quickly be repaid at the pump.

This brings to mind the old cliché, you get what you pay for – add to that only if your very, very careful and alert. Come to think of it, being careful and alert is the best way to insure the safety of you and your passengers.

John Goreham wrote on February 6, 2013 - 4:16pm Permalink
Great article. This is a story that should be told more often and more loudly. One thing many people may not realize is that the 5-Star safety ratings and other such approvals by the IIHS and NHTSA are all relative to other vehicles in that class (size) of car. It might make sense for there to be an added test crashing the cars tested into a pickup like the Ford F-150 or Chevy Silverado, which sell in the 2,000,000 or 3,000,000 or so range each year and is still the leading selling vehicle type in both the US and Canada. To its credit the IIHS did model its side impact test after a pickup coming through the driver's side door and window. A sober driver is statistically much more likely to die in a vehicle to vehicle crash than a crash off the road.