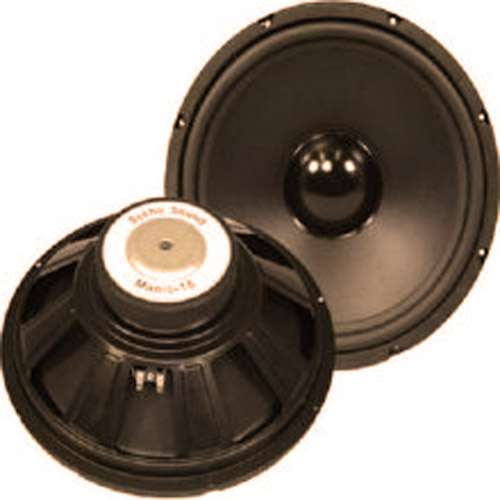 The European Commission just last Friday adopted a proposal reducing the noise that can legally be produced by cars, vans, buses, coaches, light and heavy trucks by some 25 percent over five years. Last July the NHTSA began writing regulations for how much noise electric cars must make. Still a quick search of “car noise regulations” shows a lot of noise over loud car stereos in the U.S.
Advertisement

Remember that old riddle about a tree falling in the forest and whether it makes any noise? It’s a trick question or at least an exercise in semantics. Noise is subjective – sound is physical. A sound must be judged unpleasant by someone to be called noise.

“People are tired of hearing cars driving through their neighborhood with the volume cranked and the boom, boom, boom penetrating their home,” states CarAudioBook.com, a site taking the audiophile’s view of the responsibility that comes along with a high-powered car stereo and subwoofer capable of rattling the windows of nearby apartments.

Florida passed a law in 2010 authorizing $119 tickets for people whose stereos were judged too loud by police. It simply had to be audible more than 25 feet away. On May 13, the Florida courts threw out the law.

One organization, noisefree.org, wants to outlaw excessive noise not only from car stereos, but also car alarms, leaf blowers, barking dogs, trains and motorcycles. No Boomers is another organization in Louisville, KY concerned solely with car stereo and loud muffler noise emissions.

In Phoenix, a judge recently had to rule over a case where a neighborhood church played loud recorded bell sounds 13 time a day, annoying some who lived nearby. The judge ruled in favor of the church.

According to transportenvironment.org, cars make noise in only three ways: from the wind, engine/powertrain and road/tire sounds. They are addressing the E.U. attempts at regulating auto noise.

Apparently, citizens of the U.S. have identified a fourth source of noise from the car stereo.

In Europe, the government is seeking to lower the overall noise made by traffic in general. In the U.S. citizens want to lower the noise coming from individual cars driving through their neighborhood.

You can’t please everyone all the time, but with just a little effort you can annoy almost everyone equally.