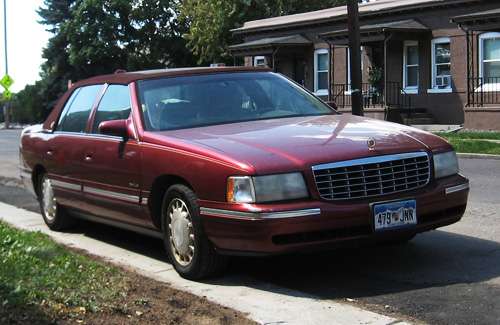 A just published study says some people would rather spend their free time with their vehicle than their partner or family and exemplify this by washing, waxing or driving it in their leisure time.
Advertisement

It was conducted by an online insurance company in Merry Old England, where they seem to be quite fond of this sort of curious comparison. In this case, MoneySupermarket.com commissioned Opinium Research to do the study, and they in turn talked with 2,012 motorists in the UK to arrive at their conclusions.

The survey asked drivers how they like to spend their free time on evenings, weekends and days off and 12 percent said they like to use their leisure time to wax, polish or drive their vehicle. In Northern England such responses peaked at near 18 percent, while men were much more likely to report such behavior at 15 percent, compared to only 9 percent of women.

"We're a nation that loves our cars and driving them, but I'm surprised there are some people who prefer to spend their free time with their car, over family and friends," said Pete Harrison, a representative of the online insurance site.

Notably the classy Cadillac DeVille, pictured above, belongs to a neighbor who spends a fair amount of time cleaning and polishing it. He also seems to hold his wife and children in the same high esteem, spending much more time with them, and showing a fairly sensible value hierarchy. Placing value on your car is not a bad thing.

Additional questions revealed some five percent of Brits don’t even trust their partner to drive their treasured vehicle until they’ve had it for at least a year. The numbers went up to 14 percent in Southeast England, in contrast to the 20 per nationwide who would let a partner drive the vehicle after just three months.

Projecting their results well beyond the sample, Opinium Research surmised a million British drivers would never let their partners drive – because they are terrible drivers or the vehicle simply means far too much to them.

Among these drivers who place so much value on their cars, it can becomes a means to get back at them in affairs of the heart. Again by projection, 1.6 million have admitted to damaging their partner’s car in an act of revenge – or have at least given it a lot of thought.

Among these implemented or contemplated forms of vengeance, 41 percent included damaging the paint, 29 percent deflating the tires, breaking a window appealed to 26 percent, physically damaging the tires attracted 24 percent, while drawing or writing on dirty windows came in fifth at 20 percent.

The auto enthusiasts we know keep them so clean this would not be easy to accomplish and, once enacted, would not remain in evidence for long.

There seems to be a lesson in all of this that reads, “Value your vehicle, but place more value on the people in your life and try to keep peace in your home, as well.”