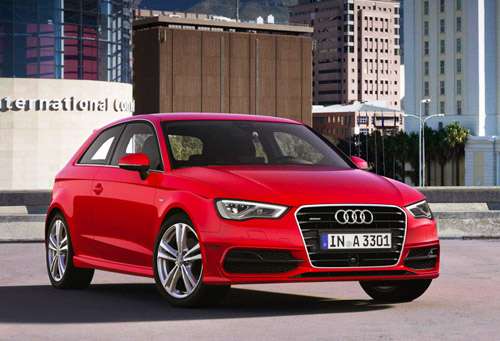 Audi has just announced selling more vehicles in June 2012 than ever before in any month during their 42 years of U.S. market competition.
Advertisement

US June sales of 12,664 vehicles narrowly edged out the prior record of 12,655 vehicles sold in December 2011 by only nine units. The year-to-year increase totaled 26 percent over the same month in 2011 as the brand marks the 18th consecutive monthly sales record for the brand.

Audi has also set the highest sales totals registered for the first two quarters ever at 65,158 from January to June. Year-to-date 2012 sales as of last month were up by 16.5 percent.

“Our long-term strategy has been to relentlessly achieve realistic levels of sales based on the most advanced lineup in the luxury car market,” said Mark Del Rosso, Chief Operating Officer, Audi of America. “The best is yet to come for this year as new, or substantially updated, models representing about 60% of our sales volume are only now reaching dealerships in the U.S.”

Sales of Audi premium category vehicles, including the A8, A7, A6, and Q7, leapt up 51 percent over the same period last year, representing 29.1 percent of total June sales. Sales increases by Audi’s top tiers accounted for 40 percent of the Audi June performance.

Sales of the new tech-savvy Audi A6 ranked as the best ever for the sedan with a whopping 226.8 percent sales increase in June plus a 140 percent gain year-to-date.

Audi’s SUV sales were led by the Audi Q5, showing a June increase of 60.7 percent and a 21.6 percent year-to-date gain. The Audi A3 also performed well with an increase of 45.5 percent over the month.

• Audi Certified pre-owned sales continue unabated, despite a reduced inventory of available models. As a result, during the first half of 2012, Audi CPO sales of 18,339 were just 2.7 percent under the record pace set in the first six months of 2011.