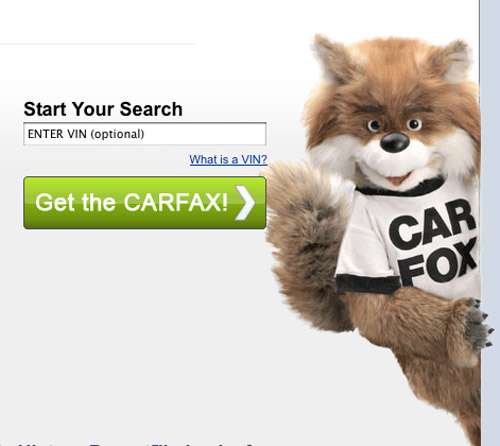 Users of CARFAX’s vehicle history reports between certain dates in the states of Oklahoma, Ohio, Texas, Tennessee, California or North Carolina are entitled to claim a settlement voucher.
Advertisement

The case known as Davis v. CARFAX, Inc., No. CJ-04-1316L, is pending in the Oklahoma District Court in Cleveland County where a settlement proposal has been agreed upon by the parties involved, but said settlement will not be accepted or rejected by the court until a hearing slated for February 21 at 9 am in the courthouse at 200 South Peters Avenue, Courtroom 2N, Norman, OK.

In the lawsuit, it is alleged that CARFAX and an associated company violated consumer protection laws by not properly disclosing terms and conditions for CARFAX Vehicle History Reports and any limitations thereof.

CARFAX has denied all the plaintiffs' claims of wrongdoing and the Court has made no ruling in the case.

CARFAX has agreed to change its disclosure and contracting process in regard to all customers, including Class Members. In addition, each Class Member can claim a Settlement Voucher and use it themself or transfer it to someone else.

The vouchers entitle holders to free CARFAX Vehicle History reports or $3 in cash. Requests for cash will be honored in the order received and capped at $650,000 in total for Class Members and possibly awards to counsel to cover fees, costs and expenses.

To join in the settlement you must obtain a claim form and have three options:

1 – You may become part of the settlement by submitting the claim form to receive a Settlement Voucher. By doing so you give up the right to sue CARFAX on similar grounds and will be bound by the outcome of this case.

2 – You may opt out of the settlement in writing by January 7, 2013, thereby preserving any rights you have to your own lawsuit including claims similar to this case.

3 – You may object to the proposed settlement in writing to both counsels and file your objection with the Court no later than January 21, 2013. You must comply fully with the instructions set out in the Email Notice.

As a Class Member, you may enter an appearance in this Action through an attorney, should you desire to do so.