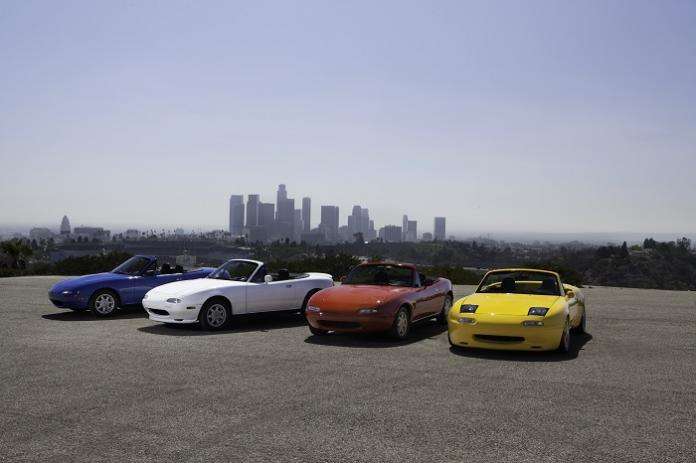 Why Does This New Mazda Miata Have Pop-up Headlights

The Mazda Miata lost its pop-up headlights long ago, but someone finally put them back.
Advertisement

That hasn’t stopped an enterprising owner of the current-generation Mazda Miata from creating his own. Sort of.

Too Bad They Aren't Real Headlights

Ok, so they are not real headlights on this Mazda Miata, just tacky cardboard pop-ups that are there for appearance sake. But hey, why not have fun with your Miata, in addition to whatever fun you have out there on the road? Even if this mod is likely illegal?

This car is also right-hand drive, so there’s that. It appears to be a Japanese-market vehicle.

There’s not a lot to say about this vehicle – it’s not clear exactly how the fake pop-up lights were added or how they’re activated (although we can see in the video that they do work). One thing the video makes clear is that maybe cardboard pop-up lights are a bad idea, since the wind can push them back.

Pop-ups are Dead For Good

Pop-up headlights are a dead automotive trend for a variety of reasons. Real pop-up lights are sometimes difficult, and therefore expensive, to repair. Aerodynamics almost certainly plays a role, as pop-up headlights are blocky when in the “up” position. And styling trends have also moved away from pop-ups.

Look At This Lifted Mazda Miata With Solid Frame: Thoughts?

All of which real, actual working pop-up headlights – not cardboard ones installed for one – are probably never returning to the Miata or any other vehicle, even if retro styling themes once again become in vogue. That’s the case, and your nostalgic love for the first-generation Mazda Miata won’t change it.

Would Miata buyers even want that? As fun and “cute” as the first car is, would anyone welcome a return of pop-ups to the Miata (and, perhaps, other sports cars) in the future? Some retro styling themes have made it back to the market, but this trend seems confined to the dustbin of history.