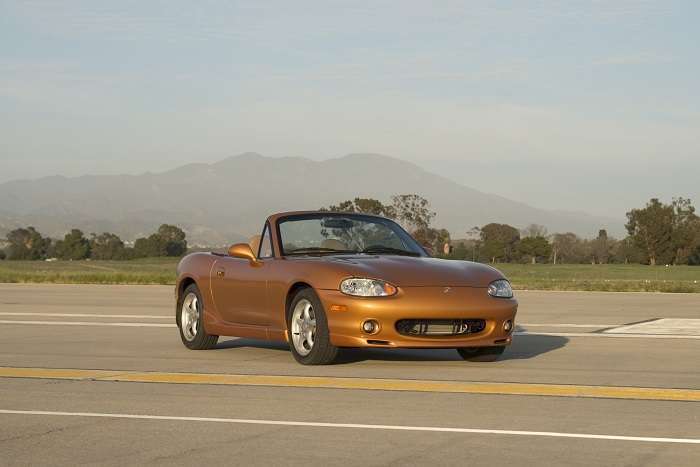 What Makes Mazda Such a Racing Success?

Mazda is a small car company, yet the zoom-zoom brand is kicking some butt at amateur racing.
Advertisement

Automotive News takes note with a profile of the company’s racing efforts, and how Mazda is helping both young up-and-coming drivers and veterans with plenty of podium finishes under their belt. One connecting thread, beyond the brand itself, is the Miata.

As we wrote earlier this month, the Miata’s affordability, handling, and light weight make it a great race car – its first generation is now even available for vintage racing.

Consider the case of Hannah Grisham, a young racer profiled by AN. She had good reasons for choosing to race Miatas.

“They’re definitely not the fastest cars that you’ll see, but they handle very well,” Grisham said to Automotive News. “And they’re affordable. They also offer this ladder which really helps you actually make a career out of it.”

She’s referring to the Teen Mazda Challenge in her case (she’s 17 and competed in the series last year), but that’s just a lower rung on the ladder. That so-called “ladder” is something drivers can climb on their way through both the amateur and pro levels.

That’s what Tom Long, who races in the IMSA WeatherTech SportsCar Series, did. He credits Mazda for his success.

“I honestly owe my career to Mazda in the sense of the upward moves and the opportunities I was given,” Long said to AN. “That was literally the reason why we went that route. There was a pro opportunity that didn’t have to tack on multiple zeros onto the end of your racing budget.”

The venerable trade publication also notes that both the Sports Car Club of America (SCCA) and National Auto Sport Association (NASA) have each formed spec series for the Miata, and that those spec series are very popular. A spec series is one that uses a single make and model for its cars.

Automotive News reports over 55 percent of cars in SCCA racing have Mazda power.

The existence of so many Miatas on the market is a boon to racers – it’s easy, and therefore cheap, to find parts, should a shunt occur on the track.

See, we told you the Miata makes a great racer. As if you didn’t already know.