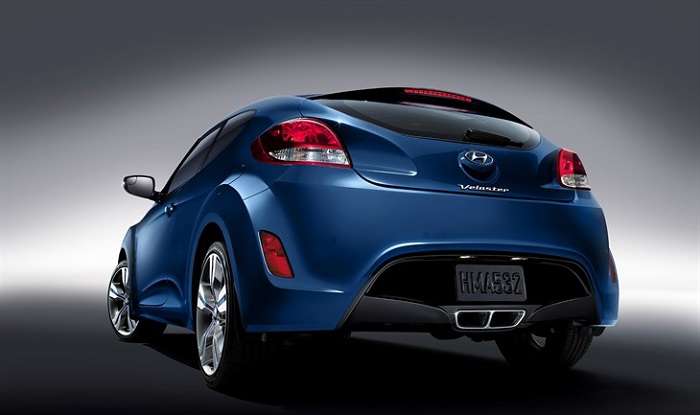 The Next Veloster is Going to Stay Quirky, and That’s a Good Thing

Spy shots of the next Hyundai Veloster have been published in the automotive press, and car magazines and blogs are reporting across that board that it will remain a quirky, three-door compact front-drive hatch. Thank goodness for that.
Advertisement

Here’s why that matters. The Veloster is never going to be a high-volume sales model for Hyundai. It already offers the Accent and Elantra GT as more conventional subcompact and compact hatchback options, and they will bring about plenty of sales for the brand.

Veloster Has a Niche Role

The Veloster’s role is a niche one – it’s to compete with other quirky city cars. It can undercut cars like the Mini Cooper on price and offer a sportier ride than the Fiat 500, but what it really does is give the brand a personality.

Once upon a time, Hyundai was derided for poor quality and reliability. It recovered nicely from that, but it still has a reputation for selling bland, practical cars. With the pony-car contending Genesis Coupe out of the picture – at least for now – the Veloster is the company’s go-to for a vehicle that has some “personality.”

A Mainstream Hyundai Veloster Would Be Disappointing

That means it would be a shame if the Veloster went too mainstream in the near future. Sure, one can argue that the three-door layout might work better as a traditional four-door, but would be the point? It’s also nice to hear that the rear exhaust will maintain its center location – it gives the car a pretty cool look.

Hyundai doesn’t need to sell many Velosters, but it needs the model in its brand portfolio to inject some personality into a brand that sells mostly standard compacts, crossovers and sedans – and has recently spun off its higher-end offerings into a separate brand.

It’s good to see the next Veloster will remain true to its mission.

Tesla Giga Berlin's New Hurdle: It's Not Only the Gov't, but Now Tesla Itself
Teslas Are Sold Out Until 2023, But The Timing May Reverse
END_OF_DOCUMENT_TOKEN_TO_BE_REPLACED