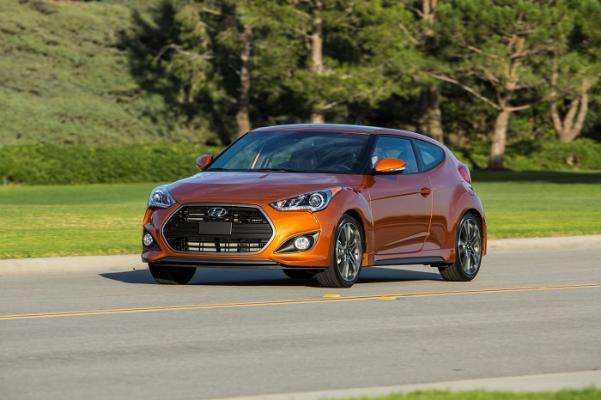 The next Hyundai Veloster has been spotted during testing. Again.
Advertisement

We already knew the car would retain its three-door configuration and hatchback bodystyle, and these new shots confirm that. It also appears that the overall shape will be retained.

What is new, at least from what can be gathered from a car covered in camo, is that the flared wheel arches and blacked-out A-pillar appear to be gone.

It’s good news to us to hear that the Veloster won’t be fundamentally changing, and that it will likely continue to have an available turbocharged engine.

Hyundai is staying true to the Veloster’s roots, or so it appears, and adding an “N” version will certainly spice things up.

Look for the debut to most likely occur at the 2017 Los Angeles Auto Show. If that doesn’t happen, we’d bet the cover will come off at the next major auto show, the 2018 North American International Auto Show in Detroit.