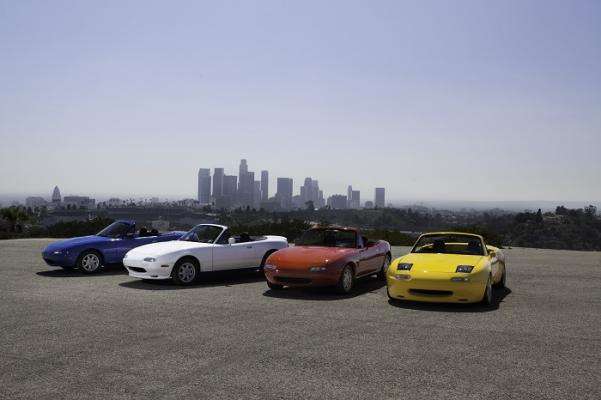 The business case for a small two-seat convertible sports car is not an easy one to make, especially for a small automaker like Mazda.
Advertisement

That’s true even when the car in question is the ever-popular Mazda Miata.

Older Miatas are already a classic, and the current car is as popular as ever, but sports cars will never sell as well as mainstream vehicles such as sedans and crossovers, so that makes building a business case tough. It’s even tougher for a two-seater.

We touched on it earlier this week in our piece about the Automotive News feature on how Mazda factory support for racing, especially racing centered around the Miata, helps professional drivers advance their careers. But it’s worth expounding on.

The short version is this: When making a business case for the next Miata, Mazda execs use the future profit from parts as part of their pitch. And its parts needed for racing that drive those sales.

“Those program managers ... get that total business picture,” Robert Davis, Mazda North American Operations’ senior vice president of special assignments, told Automotive News. “They try to understand it upfront, so while the sales volume of the cars might not be there, they can expect to have X number of parts sales for the next six to eight years.”

The logic makes sense, and if that kind of thinking keeps the Miata on the market, it works for us.

Tesla Giga Berlin's New Hurdle: It's Not Only the Gov't, but Now Tesla Itself
Teslas Are Sold Out Until 2023, But The Timing May Reverse
END_OF_DOCUMENT_TOKEN_TO_BE_REPLACED