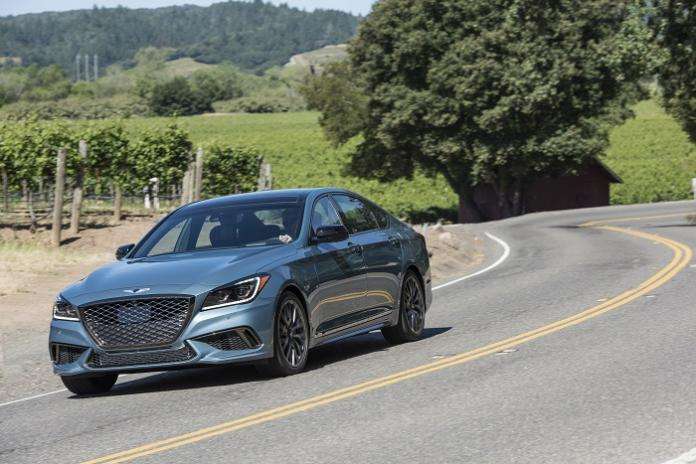 How Does Genesis Stack Up in Latest J.D. Power Rankings?

Kia has topped this year’s J.D. Power Initial Quality study. How did the Genesis luxury brand do?
Advertisement

Genesis, if you’ll recall, is the new luxury arm of Hyundai. Hyundai and Kia are partner companies.

The Initial Quality Study, or IQS, is closely watched by industry journalists and analysts. It measures the number of problems found by a brand’s customers within the first 90 days of ownership.

The New Genesis Brand Does Well

Despite existing as a separate brand for just under two years (previously, Hyundai sold Genesis Coupe and Genesis sedan models, with the coupe being a sporty car and the sedan being a luxury vehicle), Genesis finished second in the IQS. Hyundai came in eighth, although if ties are factored in, the brand would be listed fifth.

In fact, about a week agog Genesis USA tweeted about its ranking amount premium automakers for initial quality in 2017 by J.D. Power.

This is an impressive feat for a relatively new brand. Yes, sure, Genesis has the built-in advantage of being created from an existing brand as opposed to out of whole cloth, and it’s also easier to have high quality when the model lineup is small, but to have this showing so soon is nevertheless remarkable.

It also helps Genesis that it’s a luxury brand – luxury brands often have a higher focus on quality in order to meet consumer expectations.

This result shows how far Hyundai/Kia have come – both brands were ridiculed for low quality when they entered the American market. It’s taken time, but executives at both have made good on promises to improve quality. Both were aware of how important quality is to consumers and not only did they work hard to improve it, but they both also offered a generous warranty to help reassure customers that they were covered should something go wrong.

Hyundai and Kia have other positive factors working for them right now – both have intriguing product reaching market soon, from the Hyunda Kona compact crossover SUV to the Kia Stinger sport touring sedan.

Product and Quality Translate into Results

Combining quality with interesting product will help both brands continue to draw customers, and Genesis now has a feather in its cap it can point to as it takes on more-established luxury brands like Lexus and BMW. Brands like Lexus have long touted their reliability, so for upstart Genesis to say it finished second in the IQS – ahead of 15th-place Lexus – is huge as it tries to make its own mark in the luxury space.

The IQS has its flaws – some of the complaints from consumers concern confusing infotainment systems, which aren’t mechanical or reliability issues – but it’s still an important benchmark used throughout the industry, and Genesis will be touting this result for some time.