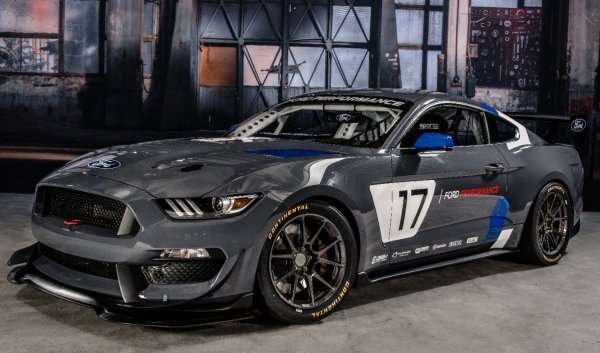 At just 16 years old, my first car was a 68' Ford Mustang. I loved every bit of that car. The V8 engine, the styling of the exterior, the sleek, black interior and the attention to detail that the designers put into every square inch of it still stands out to me today. Sure, the car’s interior was spartan by today's standards, but it looked the part - black on black - a truly classic look.
Advertisement

The driving attributes of that 68' Mustang were just so-so, perhaps even a little scary. By the time I took ownership, it was already a classic and while it was better preserved than most, time and abuse had taken its toll. The interior however, was perfect. When I closed the door and fired up the V8, I was, in my opinion among the luckiest 16 year old's in the country.

My 68' car is long since gone, yet I have followed the progression of the Ford Mustang through the years from the fox body cars to the S197 and finally now, to the S550. When I had means and could have bought a 90's fox body car, I chose not to, as it just didn't make me love it. When the S197 came along, Ford upped their game, bringing back the dual cockpit dash, the classic speedometer and tach, and it felt like a Mustang again. My own car at the time, however, had a plush interior with leather seats and reminded me of why I bought it every time I opened the door after turning in a rental. Yes, the Mustang was back from my point of view, but this time I wanted less of a tribute to the 60's and more of modern interpretation.

Enter the S550. I shied away from them when they first came out. Ford had at least hinted if not promised that this model would be lighter than the previous generation; given the dynamo’s of first generation 5.0, revealed it really produced closer to 430 HP, the 435 in the S550 just didn't seem all that significant. From some reason those details mattered to me. Yes the new body was attractive, and yes it finally had IRS, but a Mustang is supposed to get better with each generation, and from afar it seemed to fall short.
By chance, I came across a premium Mustang GT through a generous friend that offered to let me borrow the car for a long weekend with no strings attached… crazy, right? After two long years of not having the opportunity to take him up on his offer, I finally took that 2015 GT Premium manual for a weekend-long spin.

When I eased myself into the driver’s seat of that bright orange Mustang GT premium, I was immediately concerned with the height of the hood but then my eyes wandered down. I noticed the illustrious dash and all its bells and whistles. My friend rattled off a quick briefing of their uses, but I only gave him half my attention. After all, I was sitting behind the wheel of a 5.0 Mustang and my only thought was of the engine that and was waiting to engage. I hit the push button start and the engine fired up. The sound was satisfying, though not on par with the short-track prepped 5.0 hi-po that my brother used to occasionally let me drive, still I put it in reverse with great expectations.

As I ventured out on my first drive in a S550 Ford Mustang GT Premium, I was focused on the engine and the handling. I was impressed by the availability of power. First gear almost seemed unnecessary as there was more than enough torque to easily launch the car in second. I attempted to break the rear end loose while executing a u-turn, instead, the car slung itself around the lane divider without detectable lean faster than I even thought possible. I made a mental note not to do that again and proceeded to open highway. Yes, that Mustang was fast – as fast as I wanted to go – and the manual was satisfying…mission accomplished. As I made my way back to the house of the Mustang's rightful owner, driving in second to hear the coyote burble, I started to become aware of how comfortable I was in interior of the GT Premium interior.

Fast forward to December of last year and my next adventure in a triple yellow premium ’16 Mustang. I came to value the S550 Mustang for reasons I never expected; comfort and luxury. The destination this time was a well-known island accessible by 120 miles of flat, mostly two-lane highway that offered little or no opportunity to make use of the 5.0 under the hood, other than to listen to its acoustics.

During this trip, I learned about the Mustang's alter ego; its technological luxury. The air-conditioned seats were superb and aided in keeping me alert, fresh and comfortable on the long drive with outside temperatures reaching well into the 80's and 90's with accompanying humidity. The entertainment system integrated easily with my iPhone and the sound system was easily directed sound to my choice of location within the car.. The track-pack apps on the dashboard displayed absolutely every statistic I could imagine wanting to know. For example, the cylinder heads maintained a steady 183 degrees while cruising. And the standard premium buttery leather seats were easily among the most comfortable I have ever encountered. The V8 returned admirable mpg's, not really that much worse than an EB-equipped Mustang that I had on a later, similar trip. Even without making laps around a track and not having the opportunity to drop the hammer and blow-by the masses, my companion and I absolutely loved every aspect of that shiny, eye-catching Mustang GT.

From this author’s point of view, with the premium grade S550 Mustang, Ford seems to have thought through every practical and “over the top” detail and has delivered an impressively designed solution for a modern, yet instantly recognizable Mustang.

Now details are surfacing about the 2018 Ford Mustang GT, 455hp (or torque) as one author speculated, MagnaRide, updated body work, some goodies from the GT350, new color etc. So in the coming months many will passionately debate whether the updates coming on the refreshed Mustang GT make it fast enough, or handle well enough. In this enthusiast's opinion those charged with performing that evaluation from the driver's seat are likely to find themselves thinking that performance criteria alone falls short of telling the story of Ford's new Mustang.

Soakee wrote on February 7, 2017 - 8:20am Permalink
The mustang is actually neither a muscle car nor a luxury car - it's a pony car.
Steve Meyer wrote on February 8, 2017 - 9:22am Permalink
Well the origin of the term "pony car" by definition means "sports coupe", and while the power and handling may draw interest, it's the luxury now available in the Mustang that in my opinion makes the GT edition of this car attractive as a daily driver.
Car fan wrote on October 29, 2019 - 2:14pm Permalink
That depend where you live... in north america mustang camaro challenger charger are not very expensive and other premium german cars less expensive than in europe... but in europe mustang camaro challenger charger or other v8 cars pick up v8... all are considered as luxury cars because of the high price similar to premium cars audi bmw mercedes lexus ... mustang shelby, dodge hellcat, and camaro sc and corvette supercharged are compared to mercedes amg bmw m audi rs and porsche In france where i live a powerfull car is considered as a dangerous car, as a bad boy car or rich people car.