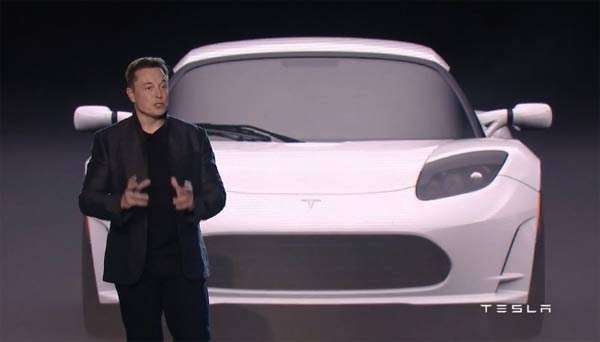 Tesla plan on bringing out hardware upgrades and revisions every 12 to 18 months, but this could also mean present Tesla vehicle owners could be left with older technology.
Advertisement

Most automakers implement revisions to their lineup every 3 to 5 years, while Tesla Motors hope to do this every 12 to 18 months as a response to a recent Tweet about hardware upgrades for present Tesla owners, especially with the second generation hardware which will feature all the full functionality of autopilot.

It was added that older models wouldn't be updated to the latest hardware as the retrofitting would be too costly and time-consuming, 'If we applied resources to doing super complex retrofits, our pace of innovation would drop dramatically.' 'Unfortunately, that would require stripping down the entire car and replacing 300+ parts,' said Musk. Early adopters may be dismayed by these comments, but it is really part of the price of being an early adopter and buying into a vehicle that is expected to innovate every few years, especially in the realms of EV vehicles where we think more along the lines of smart phone upgrades rather than traditional vehicles.

Last October, Tesla announced its latest range of hardware in the form of the 'HW2' which essentially had more sensor capabilities and better visibility and tracking for safety and especially with autopilot. Software updates on the fly are part of the companies ongoing endeavors for all Tesla vehicle owners, but the hardware in the vehicle itself is like traditional gasoline vehicles, it can only use the hardware it comes with, but at least with the added advantage that Tesla will push the hardware as far as it can go with future software updates. Tesla vehicle owners who have the HW1 hardware will still see upgrades throughout 2017, it's just that the more advanced stuff will be featured in the HW2 with its advanced sensors and Tesla have no plans on providing hardware upgrades for present owners.

Traditional vehicles are not expected to give automatic hardware updates at any time and software updates are regularly produced, but not at the rate at which Tesla produce, which has given high expectations to a lot of its owners. The mindset of having a traditional vehicle bought 'as is' until sale is now being changed and software can dramatically increase the functionality of hardware, but the hardware itself needs to be upgraded for significant change. This is no different than the traditional auto industry. But as mindsets change towards our vehicles and we think of them more like our smart phones, we may also want to upgrade every 18 months so we get not just the latest software, but also the latest hardware advances. This will possibly mean a future change to how we buy and own our cars, with a possible higher percentage of leasing and/or rental in the future.

Elon Musk also went on to say, 'our pace of innovation would drop dramatically' on the point of retrofitting hardware to present vehicles. Present owners don't want to feel like they have been left behind, which means possible future leasing arrangements could be a viable answer.