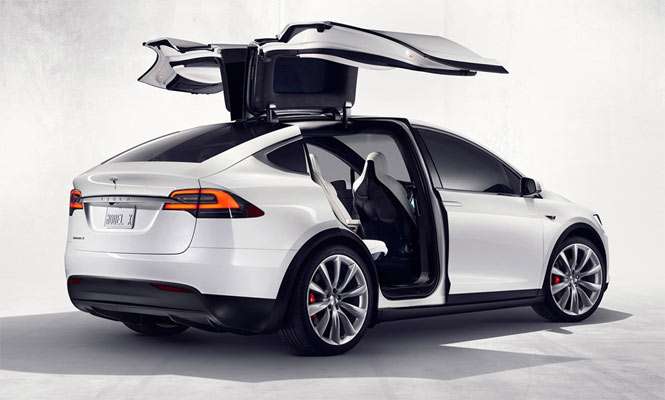 With all the cool gadgets and modern technology inside the Tesla Model X, it could be just the vehicle to safeguard you in the next apocalypse.
Advertisement

When I say that the Tesla Model X is possibly the best vehicle on the market to be going on the grocery run when the zombies land doesn't mean that it has secretly got some 50 calibre weaponry on board or antinuclear devices, rather its standard level of tech. could probably get you by due to its huge bug and virus filters for starters. The model X filters are 10 times bigger and 800 times more efficient at filtering than other vehicles on the market.

At the moment the huge air filtering system will at least get rid of common air particles and pollution, such as times you are stuck in a traffic jam or close up behind a smog pumping truck. Luckily, the vehicle is also made by the same guys who are in charge of SpaceX, which means you will get a load of futuristic technology and gizmos moving forward to keep you entertained while zombies run around, but also a Falcon winged vehicle which can open its doors in the tightest of spaces.

Many have criticised the upward folding Falcon winged doors, but in reality they operate efficiently moving up and back allowing access arguably better than a conventional door. They also can detect via sensors any obstacles in their way, such as an inquisitive zombie. Much more practical in a hypothetical post-apocalyptic times.

The other added advantage is not just its all electric power, which will be far more attainable than a gasoline powered vehicle (It's always made me wonder why mad Max drove around in a huge V8 powered vehicle when there was literally no fuel around in his post-apocalyptic wasteland. He obviously didn't know about the P60D or Chevy Bolt, retrospectively..) but all the extra sensors like pedestrian detection and emergency braking, all these are done with radar and sensors. With the Hardware 2 and autonomous driving you could literally have the car come to you without risking your life.

It's also the thought that in Mad Max 3, they had sorted out their electric problems with the help of lots of piggies. The Model X would thrive in this environment. No such luck for the gasoline vehicles. In a world when we do eventually run out of fossil fuels, electric or its equivalent will one day rule and the electric power may not be provided by pig waste, but the Model X's future offspring will be the best fit for this environment.

The performance of the model X will also be a standout feature, especially if you have the top of the range P100D. With immediate torque and acceleration you should be able to get out of most hair raising situations. If you want to get out of a tricky spot quickly, 485lb/ft of electric torque power can't be beat. Insane and Ludicrous modes will also be a huge benefit when out running whatever disaster or inconvenience you encounter, while also getting software updates on the fly.

You can also bet that the four-wheel-drive will help you around most obstacles, with a length and width bigger than a Range Rover there is plenty of room and storage space, much better than its equivalent vehicle. Being all electric and completely silent will also help you on those stealthy missions to find food and not attract unwanted attention.

As it is clearly obvious I have been watching too many Mad Max movies and similar recently while trying to build a tentative link with the Model X. It does show that the electric vehicle is moving forward and has the potential to be very robust and have all features you will need in the coming decades. If this means out running the odd zombie, keeping out deadly contaminants and surviving in a post-apocalyptic world, all the better. For now though, we can just simply enjoy its silent luxury cruising and latest safety features without the hypothetical need to visit Barter town to recharge.