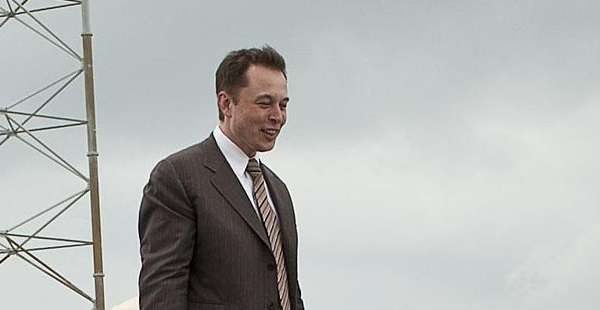 Tesla and MobilEye Get Divorced

Tesla and MobilEye have been close partners since the beginning of the push semi-autonomous cars and forward in the future of full autonomy. Their different visions about how to proceed finally came to a head and resulted in a separation of the ways.
Advertisement

Those falcon wing doors could have predicted this.

Those of you who follow Tesla closely know that Elon Musk has little patience with suppiers who don’t deliver as promised, or whose products are less than is expected. The most prominent of these “failed” suppliers is a German supplier by the name of Hoerbiger Automotive. The falcon wing door solves the problem of tight spaces with hinged doors which pull in towards the car as they rise. Tricky business, that. Turns out that Hoerbiger wasn’t up to snuff.

What did brother Elon do? After watching the kerfuffle with the doors delay the X beyond patience, he cut them loose and in short order had his engineers design it in-house. Lawsuits have ensued, of course. This is, after all, America. Home of the free and the litigators.

A fatality in Florida brings MobilEye to the fore.

After the fatality in an S in Florida being driven on AutoPilot, it seems that the Muskman got rather perturbed that one of the signature achievements of Tesla, the move towards automation could become one of its greatest weaknesses.

It turns out that an Israeli company by the name of MobilEye has darn near a lock on the rapidly developing niche of car autonomy. Their chipsets are all over the place, used by almost all car makers that base their moves on autonomy using lenses and the optical model. Google, famously uses Lidar, which stands for light imaging, detection and ranging. So you have three methods of checking ahead for obstacles, vehicles, and changes in direction of the road. The first two are, of course, Lidar, and Optical.

Problems with the Various Systems used by semi-autonomous systems.

There are problems with the first two. Optical can get confused, as famously with the Tesla fatality caused by the optical system getting confused by a white trailer against a bright sky when it crossed in front of the Tesla driver. Lidar uses a focused beam of light, laser. Laser and optical both have a difficult time penetrating through water, (rain, fog, mist), but those problems seem to have ostensibly been solved by Google. Time will tell that tale.

Well, after the kerfuffle between MobilEye and Tesla and probably some heated boardroom discussions. They announced that the relationship was ending with the current iteration.

Tesla and MobilEye square off at the Optical Corral.

Why? Well, Tesla says that MobilEye found out they were working on a system of multiple radar emitters and creating a “radar cloud” that could better describe the environment. They claim that MobilEye insisted that they stop the development, pay more for the systems they were already buying and commit to MobilEye indefinitely. Anyone who has the slightest knowledge of Musk’s reaction to ultimatums could predict the result. Tesla went full steam ahead on the development of a system relying mostly on radar and less on optical systems. Their claim is that this system moves well beyond the “good” present system to a “great one” that will be radically better at preventing accidents.

MobilEye, for their part, insists that it was they who terminated the relationship since Tesla was “pushing the envelope in terms of safety” and that “It is not designed to cover all possible crash situations in a safe manner.”

This started a nasty little spat that continues to the present moment with Tesla replying heatedly that the company had never described Autopilot as an autonomous technology or self-driving car.

We will see, with time, whether Tesla was right to move beyond optical systems with their own in-house software, or MobilEye is right about the dangers involved. An interesting little spat.