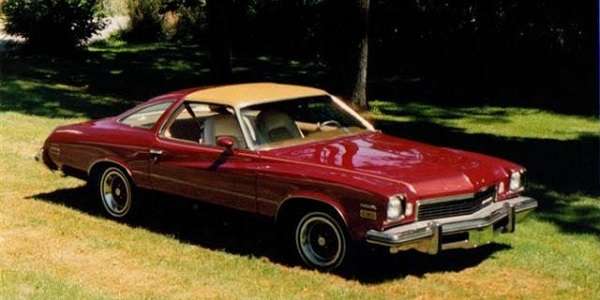 While Buick might not be the Chevelle or Camaro you dreamed of, you might find yourself blowing the doors off of it at a stoplight.
Advertisement

When you think of Buick, you probably think of your grandma and grandpa's car. I'm sure most of you don't think of Buick as a muscle car. To me, a Buick is one of the best muscle cars you can buy for several reasons.

In the beginning of the muscle car wars in the 60's, Pontiac and Oldsmobile started the phenomenon in 1964 with the GTO (Gran Turismo Omologato) and the 442, respectively. In 1965, Buick entered the muscle car game with the introduction of the Skylark Gran Sport (GS).

The GS option came standard with a heavy duty suspension, a stronger frame, and a 401 cubic inch "nailhead" V8. The Buicks were referred to as nailheads because the valves were so small in diameter, that they resembled nails. The 401 had already been used in the Wildcat, Electra, Electra 225, and the other big Buick models. Engineers chose this engine because it had a high torque output- 445 lb/ft.

The Gran Sport started to become a contender in the muscle car game in 1967, with the unveiling of the new 400 cubic inch V8. The 400 was redesigned with larger valves, new cylinder heads, and new manifolds, among other changes. It used the standard Rochester 4 barrel carburetor.

The Buick GSX was the Gran Sport X-tra. In 1970, there were only 2 color options; saturn yellow or apollo white. Both colors featured black racing stripes with red pinstripe accenting. The GSX was an upgrade to the base GS 455, and featured a hood mounted tachometer, a rear spoiler, wide wheel wells, and functional hood scoops. However, a GSX is significantly more expensive than a standard GS. Haggerty prices the 1970 GSX Stage 1 at $130,000. A 1970 GS 455 Stage 1 is valued at $40,000.

Of course, after 1970 the cars became less powerful. By 1973, the Skylark GS was phased out, and the Century took the Gran Sport name plate.

The key point to remember in all these cars is that none of the Gran Sports had bold styling or wild color combinations, which I prefer. In my opinion a muscle car is something elegant. Buicks are just that; elegant.

Why is a Buick muscle car a good buy? Besides the outrageous amount of power, the Buicks are still low priced compared to GTOs, Chevelles, Camaros, etc. but this won't last for long. The price of Buick muscle cars are on the rise, and they won't stay cheap for much longer.

Another reason is the ride quality. Buick engineers spent lots of time working on the suspension of these cars so they handled well (or at least as well as a 1970 American muscle car), and have a soft ride that soaks up the bumps in the road.

If you're still unsure, reach out to some Buick forums or groups on social media. I follow plenty of pages on Facebook, and everyone on these forums is extremely welcoming to new Buick enthusiasts and would be willing to answer any questions a Buick muscle car buyer might have. In my opinion, you don't have much to lose out on by buying a Buick Gran Sport.