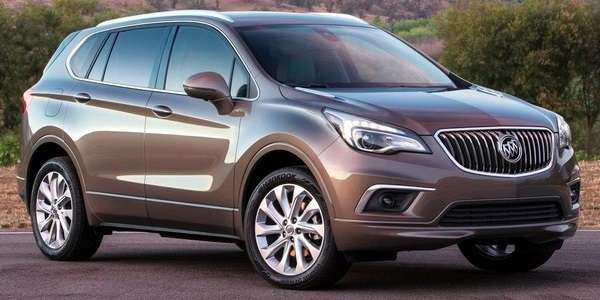 Buick Envision Earns IIHS Top Safety Pick+, How It Did It

Another "American" car has clenched the highest safety award by the IIHS.
Advertisement

Buick isn't the only car company that achieved this high rating. Acura, Audi, Chevrolet, Infiniti, Lexus, Lincoln, and Volvo are some of the other contenders that have achieved the Top Safety Pick+ award.

The Envision's score wasn't perfect, however. The organization did note that the crash dummy's head did not make contact with the front air bag in a significant way, and the seat belts didn't fasten quick enough in order to restrict movement as a seat belt should. Seat Belts should restrict movement, as were told they're the safest thing you can do to prevent injury in an accident.

The Buick Envision also received an "advanced" rating for the front automatic braking feature, while the standard forward collision warning system earned a "basic" rating. With the automatic braking feature, the Envision avoided a crash at 12MPH, and reduced the speed by 9MPH while the Envision was being tested going at 25MPH. From 25 to 16 is a significant difference and can really help in a crash.

It seems as though the Buick Envision is a very well built car and can withstand the trials and tribulations of the road. Despite the Envision being Chinese-built, it might be a little more well built than some other Chinese-built things.