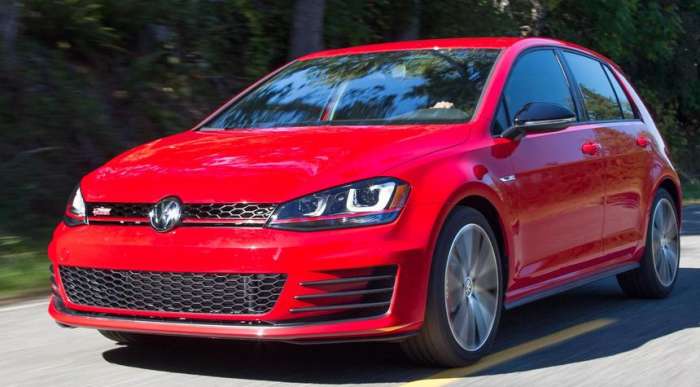 Volkswagen has apparently agreed to pay an extra $200 million to settle the civil portion of the Dieselgate software suit.
Advertisement

After months of negotiation that have resulted in the settlement of the 2.0-liter four-cylinder portion of the Dieselgate, an agreement is apparently close for the remaining part of the diesel emissions suit.

According to a Reuters report Friday, VW has agreed to pay $200 million in mitigation funding to offset the emissions released by the remaining 80,000 V-6 turbodiesels over which talks have been ongoing for months. An agreement was said to be in the works as early as Friday.

The $200 million is in addition to the $2.7 billion that VW has agreed to pay under the already-negotiated and approved portion of the emissions settlement. VW has already agreed to pay $2.7 billion into a mitigation fund to cover emissions from 475,000 2.0-liter four-cylinder engines.

A hearing had been scheduled by U.S. District Court Judge Charles Breyer on Friday. However, the session was delayed so negotiations could continue to find a solution for the 3.0-liter vehicles.

Talks between Volkswagen, the Federal Trade Commission and attorneys for the vehicle owners seeking agreement over how much the automaker would offer owners in compensation for having their vehicles repaired or having them bought back have been ongoing for weeks.

Last month, reports circulated that VW and regulators had reached an agreement on a mix of buybacks and fixes for the remaining 80,000 rigged V-6 Porsche, Audi and VW turbodiesel SUVs. That deal included a buyback offer for 20,000 older vehicles and a software upgrade for 60,000 newer cars and SUVs.

The added $200 million brings to $16.7 billion the amount that VW will pay to resolve the remainder of this phase of Dieselgate. With a Department of Justice criminal investigation still underway, as well as another probe by the Federal Trade Commission, VW still likely faces billions in fines to settle the criminal and other civil cases. The automaker is facing civil penalties for violating the Clean Air Act.