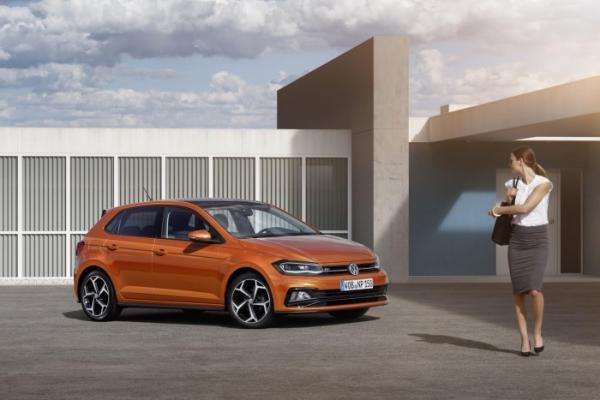 VW Has No Plans To Bring Newly Introduced Entry-Level Polos To U.S.

Volkswagen late last week introduced its sixth-generation Polo. At the introduction, a key VW sales official told a blogger for Cars and Concepts that there are no plans to bring it to the U.S. Does it make sense to keep it out?
Advertisement

Although Volkswagen has no plans to bring its just-introduced European starter model, the Polo, to the U.S., you have to wonder if the automaker hasn’t missed a beat with that decision. Here’s why: Polo is a well-made, low-cost hatchback. Indeed, its starting price is just about half the starting price of VW’s current entry-level alternative, the Golf.

Polo is priced at about $14,500, while Golf GTI – where half of VW’s sales for the Golf model line originate -- starts at about $25,595. That’s quite a gulf, and you have to ask whether VW is missing an entire market where Polo may produce plus-sales.

Automaker’s Emphasis on Golfs and SUVs

Granted, the carmaker wants to keep its margins and profits up, and Golf certainly does offer that alternative. However, if VW were to come across with a very low-cost alternative might the world “beat a path to its doors?”

Honestly, the question is moot for VW. Juergen Stackmann, VW's chief of global sales, emphasized that the Golf GTI “is essentially where we start [in the U.S.]. Therefore, it makes little business sense to bring the Polo to the U.S. currently.”

VW’s business model puts the automaker’s focus on SUVs and sedans. It is not even looking at a $14,500 hatch to help spur sales. Stackmann said in an interview at the Polo’s debut in Germany that VW’s “strategy for the U.S. will be SUV-driven with the Atlas and Tiguan and there are two more coming. And, we will also have sedans. That means we will compete in the segments that make volume and business sense in the U.S.” VW Likes Using Golf As Its Entry Level In the U.S.

One of the SUV’s to which Stackmann was referring the Golf-sized little crossover based on the T-Roc concept. VW used the 2014 Geneva car show to introduce the T-Roc concept. With its design now already complete, VW plans its global intro within two years. VW dealers are hoping the new model will give them something to compete with the likes of:

Dealers will have to keep wanting the little crossover for a bit as U.S. sales have not yet been green-lighted. If the small crossover is ultimately approved, it may arrive as early as 2019. This dovetails with the automaker’s product plans that call for 19 SUVs globally by 2020. Those models would make up 40 percent of VW’s lineup.

Meantime, the Polo, introduced Friday to European markets, will go officially on sale in October. The sixth-generation model, Polo is both longer and wider than the current offering. It features such items as driver assistance systems. The driver systems come from the larger and more expensive Passat and Golf models.

The driver assist package includes a lane change system with blindspot detection and rear traffic alert. The assistance package also includes a semi-automated parking aid system to help to get out of tight parking spaces. On parking, the system provides maneuvering functionality so that the Polo is protection from any bumps while parking.