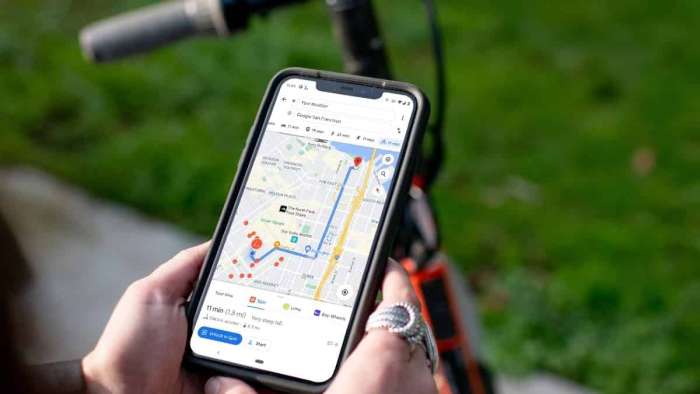 With an ever-increasing need to expand its horizons, Ford has moved into micromobility through its Spin subsidiary. Through Spin, Ford can explore and help create new realms of mobility that are beyond tradition.
Advertisement

If you were to look at various automakers' advertising campaigns, you would assume that they are vehicle-centric. However, when you drill down into the campaigns of an automaker like Ford, you begin to appreciate the fact that Ford has wide-ranging mobility programs beyond what you might expect from a traditional carmaker.

For example, Ford has a subsidiary named Spin. It is Ford's micromobility unit. What's a micromobility unit? The answer is easy. It's the unit of an automaker that covers transportation means like e-bikes (electric bikes) and e-scooters (electric scooters). Because each of these capabilities uses a major drive mode – electricity in this case – the linkage between a major transportation provider and a micromode makes lots of sense.

Not only is Ford looking at e-scooters and e-bikes but its upcoming electric pickup, the Lightning, may have better range, says my colleague Jimmy Dinsmore in a recent F-150 Lightning analysis.

For years, Ford has been a significant provider of mobility solutions – cars, trucks, and SUVs. Meantime, automakers have had to look beyond their standard mobility solutions. Now, the solutions involve not only the more traditional forms of transit such as cars and SUVs, but they have also included non-traditional forms of mobility, electric power, for instance. And, as researchers have studied the many forms of mobility out there, they have increasingly found themselves looking at electric-powered scooters or bikes.

And, since these studies have looked at smaller and smaller solutions, they have become drivers of micromobility solutions. Indeed, micromobility solutions have gained traction as mainstream solutions for those living in urban areas or on campuses. As planners use e-scooters and e-bikes increasingly to build journey-planning platforms, they enable residents and visitors to more easily take a multimodal approach to the way they get around cities. The latest integration follow's Spin's recent addition into parts of global and regional planning platforms such as CityMapper, Moovit, Transit, and Kolner Verkehrs-Betriebe (KVB).

Now, Spin is working with Google Maps to provide e-scooters and bikes as a transportation option on the platform in Spin's markets. Google Mapes users can see Spin vehicle availability as they plan their journeys in 84 cities, campuses, and towns in Europe and North America. The integration will bring broader public awareness of Spin's vehicle availability and point people toward options that let users plan short journeys in urban areas.

For example, people can now use Google Maps to plan the best and most reliable route. Users can discover Spin e-scooters and e-bikes while working with routing options for their journeys in their planning. Also, when looking for directions, Google Maps users can quickly find Spin vehicles in any of 84 towns, cities, and campuses in the United States, Canada, Germany, and Spain that include Spin.

As they plan, Google Maps users can see – in real time – the nearest available Spin e-bike or e-scooter, including how long it will take to walk to the vehicle and the estimated battery range expected arrival time. Once they have finalized their plans, the Spin app directs users to the nearest conveyance. Once they have found the conveyance they want – e-bike or e-scooter -- the Spin user can then use the Spin app to pay for the vehicle, unlock it, and take their ride.

"With this integration, Spin is making it easier for millions of Google Maps users to easily incorporate shared bikes and scooters into their daily trips," commented Ben Bear, CEO of Spin. "Our goal is to make it as low friction as possible for consumers to plan multimodal journeys. It needs to be just as easy and even more convenient to get around with bikes, buses, trains, and scooters as with a personal car. This collaboration with Google is our biggest platform integration yet with many more in the pipeline."