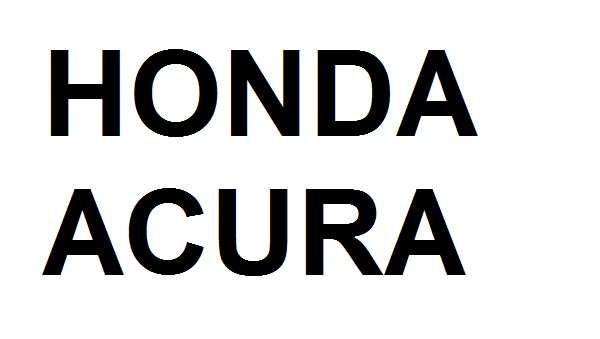 Rolling Time-bombs: 7 Honda and Acura 2001-03 Models Whose Owners Are Told To Stop Driving

The owners of 313,000 2001-03 Honda and Acura vehicles were recently told by the National Highway Traffic Safety Admnistration to stop driving their vehicles because of the risk their airbags pose.
Advertisement

For the National Highway Traffic Safety Administration (NHTSA), the critical number is 313,000. It is the number of 2001-03 Honda and Acuras whose owners were recently told to stop driving until their airbag inflators are repaired.

The agency grounded the cars, to keep them from moving because of the danger they present to their operators. According to NHTSA, the specific vehicles show a “far higher risk of ruptures during airbag deployment.” The agency has launched an intense effort to identify, find and repair those vehicles.

The higher-risk inflators are in certain 2001-2003 Honda and Acura vehicles:

The problem is that these vehicles have a manufacturing defect that increases the potential for dangerous airbag ruptures in a crash deployment. And, ruptures are more likely to occur in vehicles that have spent long periods of time in high-temperature and high-humidity environments. NHTSA identified those areas as Florida, Texas, the Gulf Coast, Southern California, Hawaii, Puerto Rico, the U.S. Virgin Islands and U.S. Pacific Trust Territories. Lab tests show that the inflators in these vehicles have rupture rates as high as 50 percent.

Originally recalled between 2008 and 2011, Honda has said that more than 70 percent of this higher-risk population has been recalled and repaired. However, there remain 313,000 vehicles that have not yet been repaired. The risk that drivers face in these vehicles is grave. “It is critical they be repaired now to avoid more deaths and serious injuries,” NHTSA said.

NHTSA and Honda have asked the media and public to assist in finding the remaining unrepaired vehicle. NHTSA urged anyone who suspects that their car may be included in this grouping to visit www.safercar.gov to find out. Just enter the vehicle’s VIN into the recall search tool and you will know almost instantly. If you do find that your car is included, contact the nearest dealership and arrange for a service appointment quickly. The repair is free; parts are available immediately.