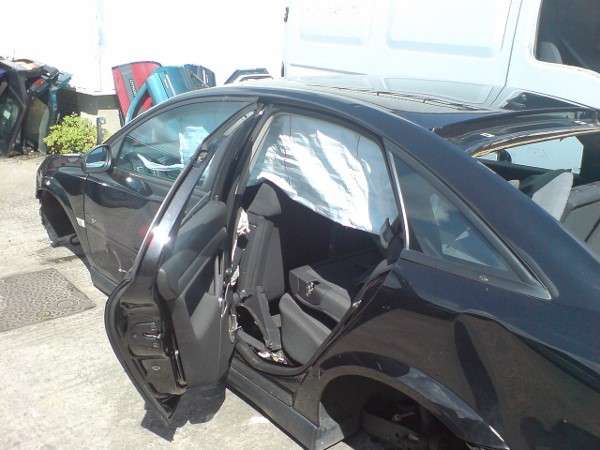 As the Takata airbag recall continues to expand to unprecedented numbers, Honda has taken the biggest hit. What’s next?
Advertisement

n a recent CNNMoney article, we’re once again reminded of the magnitude of the greatest auto related product recall in history. The auto industry wide Takata Airbag recall has ground on for nearly 2 years to date, and if you are one of the 300,000 “greatest at risk” Honda owners, the Fed warns you to park it until fixed! It’s a high humidity related faulty component thing.

With millions of cars, light trucks and their owners, across 13 brands, impacted by the possibility of a defective airbag exploding with enough force in the case of a collision to injure or kill the driver with flying shards of plastic canister, this is serious business.

Although rare, it happens, the Fed wants you to park it

According to NHTSA(National Highway and Traffic Safety Administration) It’s estimated that it will take until 2019 to repair or replace all airbags impacted by this recall,, and that's if consumers answer the recall.

8.9 million Takata airbags were replaced in the last year. But that only represents about a third of the cars in which owners have been notified that a replacement part is available. It's estimated that 20% of the 260 million cars on the road in the U.S. today have or have had a defective Takata airbag.

Honda tells us that they have the parts on hand to repair your Honda. The process begins here.

Mark Day wrote on July 5, 2016 - 4:41pm Permalink
In a country of the misinformed it seems difficult to rationally accomplish anything. If front seat passengers are using safety belts, airbags are redundant and a costly, unnecessary, dangerous, "safety feature". When first mandated, the bags were decapitating toddlers in the front seat – brilliant. Solution to killer airbags: Disconnect the airbags – duh... Further solution: It should be up to the owner of the vehicle to decide what to do – not anyone else. It's known as "Free to Choose" – available if one lives in a free society.
Parks McCants wrote on July 5, 2016 - 9:29pm Permalink
Welcome Mark. Do you own an effected Honda? True enough, you may drive it until the wheels fall off. As to selling it to the next guy, if you don't comply or disclose, the problem and LIABILITY becomes yours. Cheers

Tesla Contemplates A New Strategy for China Retail even As Sales Boom
Jay Leno on Elon Musk & EVs: “I Think He Should Get ... Credit"
END_OF_DOCUMENT_TOKEN_TO_BE_REPLACED