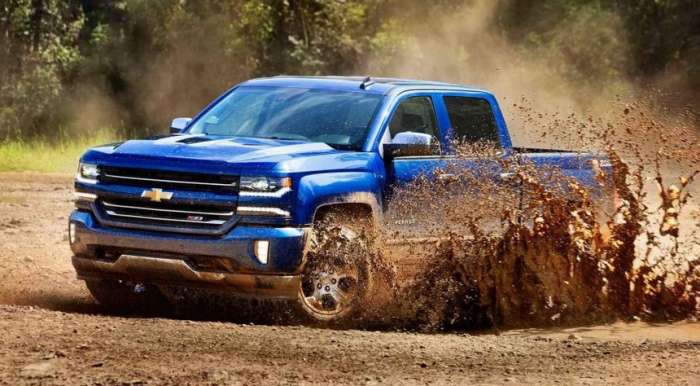 In a highly unusual move, General Motors was granted a delay in a planned recall of 2.5 million older pickups and SUVs. The recall was part of the ongoing Takata airbag inflator safety recall.
Advertisement

In a highly unusual move, the National Highway Traffic Safety Administration (NHTSA) has given General Motors the go-ahead to delay a massive recall of potentially defective airbag inflators, giving the automaker time to show that the devices are safe.

GM has hired an outside company to do long-term testing of Takata airbag inflators installed in older trucks and SUVs. The vehicles include the automaker’s top-selling vehicle, the Chevy Silverado pickup.

Earlier this year, a reluctant GM agreed to the recall of 2.5 million vehicles to fix front passenger-side Takata airbag inflators. The automaker maintained at the time that its inflators are unique and safer than those found in other vehicles. Takata’s airbag inflators have been linked to 16 deaths worldwide and more than 100 serious injuries. The latest death in the U.S. occurred in California at the end of September where a woman driver was killed after the airbag in her 2001 Honda Civic, identified as one of 300,000 with inflators that are more likely to explode, deployed hurling shrapnel throughout the passenger compartment.

The automaker asked NHTSA for a delay last week, and regulators agreed to the move Monday. The decision puts GM’s recall on hold until Aug. 31, 2017. If the automaker can prove its point – its airbag inflators are safer – then NHTSA could cancel the recall.

Many of the vehicles involved in the recall are more than six-years-old. This is the minimum length of time tests have shown that it takes for Takata inflators to deteriorate and become explosion risks. GM says its tests, so far, have added at least 3.5 years to the at-risk age, pushing it to nearly a decade.

New Recall Round May Be Stalled

GM’s testing delay might help the automaker deflect several recalls that total 6.8 million pickups and SUVs, using the same inflators. The recalls could cost the automaker as much as $870million, a GM filing with securities regulators indicated. The automaker is facing another round of recalls that is slated to begin Dec. 31. Interestingly, NHTSA’s action effectively pushes the recalls into the administration of incoming President Donald Trump. Trump is an avowed foe of what he considers unnecessary government regulation.

In a statement, Tom Wilkinson, a spokesman for the automaker, maintained the timing of the filing was spurred by NHTSA deadlines. He called other conclusions “just speculation.”

Investigations have shown that the primary issue with Takata airbag inflators is the ammonium nitrate propellant used to deploy the silken safety devices. Due to various factors, including poor sealing and debris, inflator housings, rather than protecting from moisture intrusion causes it to occur. The deteriorating propellant explodes with too much force, blowing the housing apart, turning it into shrapnel that has struck drivers with deadly effect.