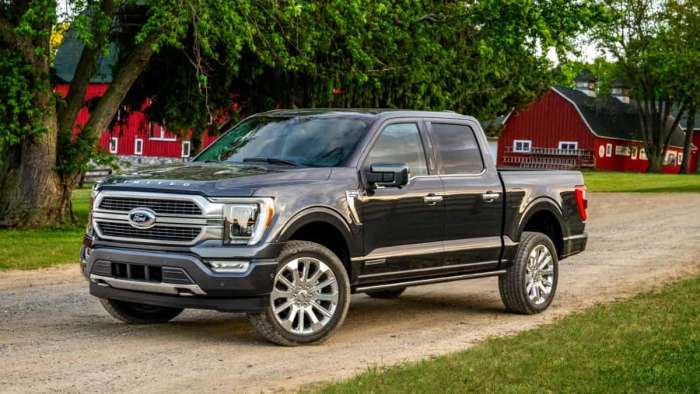 For Many Reasons, Automotive Inventory Is Tight And Getting Tighter

Even though the auto industry has gone back to work and opened the assembly lines again, the pandemic continues to have its effects as inventory continues to remain tight or tighter.
Advertisement

If you look closely at the problems the car industry faces every day from the coronavirus, you begin to see that just keeping cars on the lot is a challenge. There are many reasons for it, as Jalopnik's 1st Gear found. In a story I recently wrote I detailed the impact of COVID-19 on the market.

What A Difference A Year Makes

At this point last year, for example, automotive inventory was at a healthy level with popular models available for customers. However, as the pandemic tightened its grip on the car industry, there are fewer and fewer popular models available. It is a situation that stretches from the carmakers to dealers. My colleague Jimmy Dinsmore recently wrote with details of the Ford F-150.

It is a situation that has automakers working harder than ever to provide inventory while dealers are working hard to provide their customers with inventory so that they stay in business. It is a situation that has been noted by Jalopnik's 1st Gear, Automotive News, and Autotrader, as well as Bloomburg, and Cox. Daily the factories are trying to overcome the vice grip that is the pandemic as are dealers who are seeking vehicles for their customers.

Indeed, demand isn't what it used to be. Inventory is the "lowest nationwide . . . since November 2011," says Automotive News. The reason for this, the explanation goes, is manufacturing slowdowns and bottlenecks.

If you look closely at the situation, there is a two-level problem. Automakers and suppliers are working hard to keep their workers healthy and to keep their assembly lines running at full speed. Ford Motor and General Motors execs have warned that their plants faced an absenteeism a critical issue.

Production, While Up, Still Not Back

They continued that production levels had not returned to pre-COVID levels. BMW and Honda have countered absentee workers by retraining staff to fill in for absentee workers. In this way, they can keep the assembly lines at their plants humming.

This year production has not only been tighter due to model-year changes but also to \coronavirus issues. It is equally as accurate that COVID-19-related issues, which, in turn, have caused production halts, have also delayed the rollout of the new model-year vehicles.

The industry-wide inventory level is a severe problem for 2021 is telling. At this time last year, for example, reports indicated that industry-wide inventory stood at nine percent. This year, inventory is only 0.5 percent. For dealers, it means far fewer available models, especially desirable ones. Dealers received reminders to take their full allocations. Dealers that didn't take their full allocations are now facing even bleaker inventory levels.

Jalopnik had this conclusion: The site noted that inventory today represents an entirely new experience for dealers. Instead of having vehicles, neither they nor their customers want. Instead, with inventory tight, each vehicle on a lot is another sale.

Tsingshan's Threat to Tesla: EV Maker Is In Battery Crosshairs
Tesla-Funded Research Reveals One of The Biggest Mysteries of EV Battery
END_OF_DOCUMENT_TOKEN_TO_BE_REPLACED